“Eric Bischoff – Sports Entertainment’s Most Controversial Figure” will officially release to stores across the United States exactly 2 weeks today — but why wait ’til then?!

Following the exclusive sneak peek video yesterday, WrestlingDVDNetwork.com can now give all of the WWE DVD collectors an early look at the finished packaging and its fancy artwork.

Get your copy of the very DVD pictured for $19.99 by clicking here to Amazon.com. 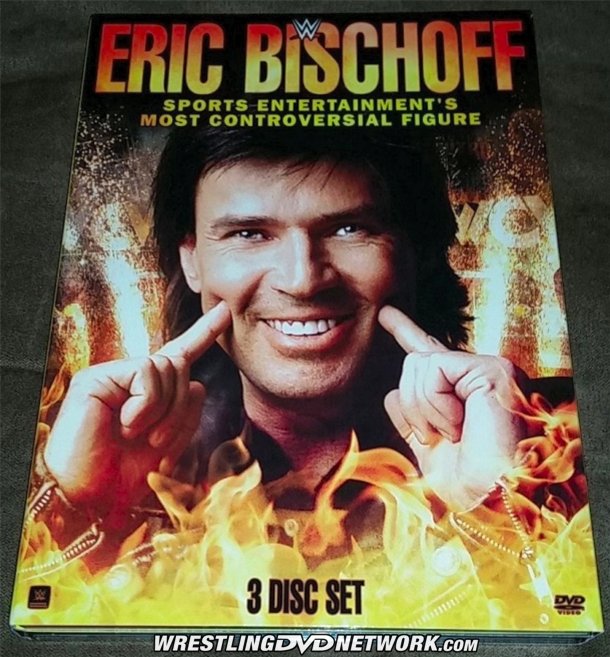 “Eric Bischoff – Sports Entertainment’s Most Controversial Figure” will be June’s big WWE Home Video release and it’s set to compile an in-depth documentary, several “deleted” scenes not in the main feature, on top of in excess of 40 extras that include all-new interview segments with “Eazy E”, career-spanning moments and matches, and his WWE Network appearances.

As you can see, the US version of the DVD will be housed in Digipak-style packaging that features fiery WCW Nitro-themed artwork. The full content of each disc can be found listed behind them.

Thanks goes out to WDN reader “JayJayRock206” for contributing to this post. 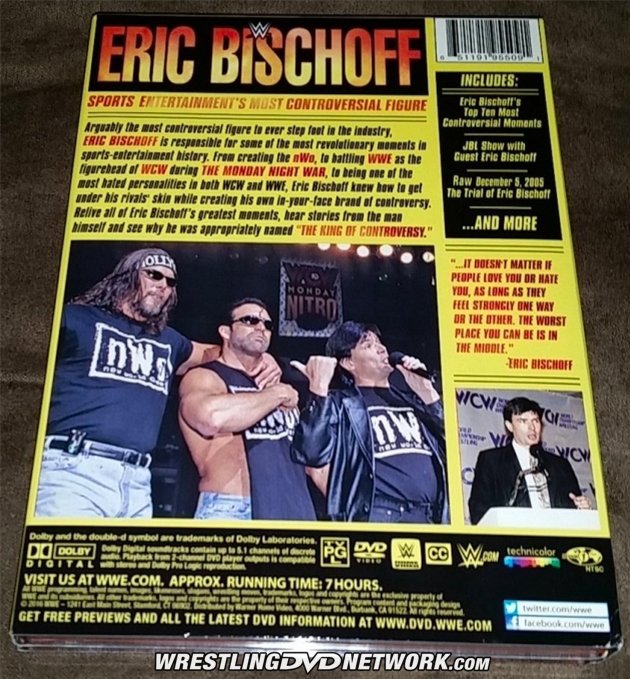 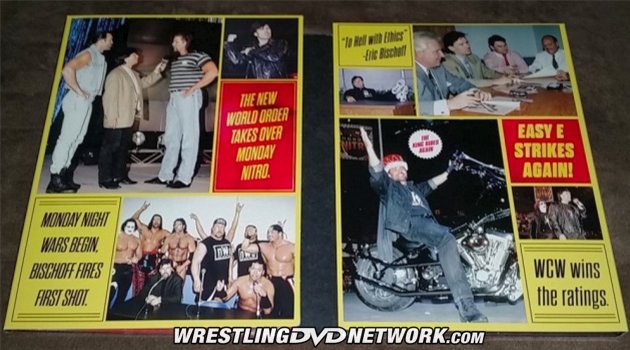 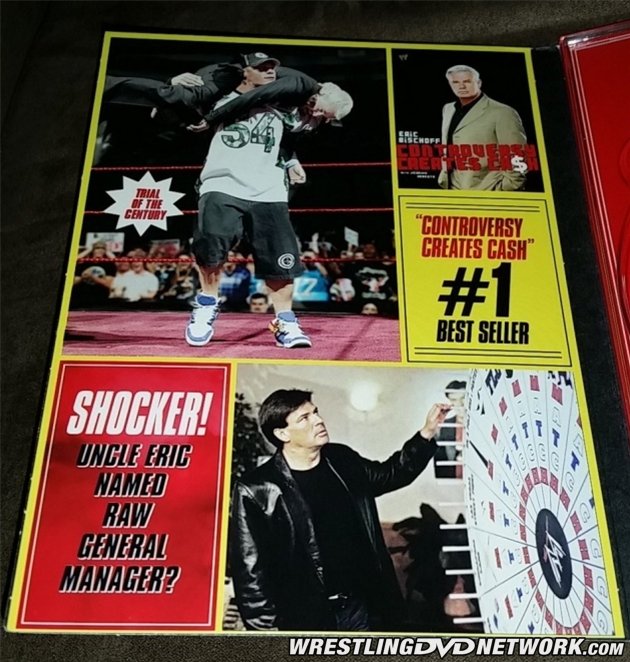 The complete runtime of the DVD will be approx. 7 hours and 11 minutes.

A Blu-ray edition will also be available with approx. 1 hour and 21 minutes more content. 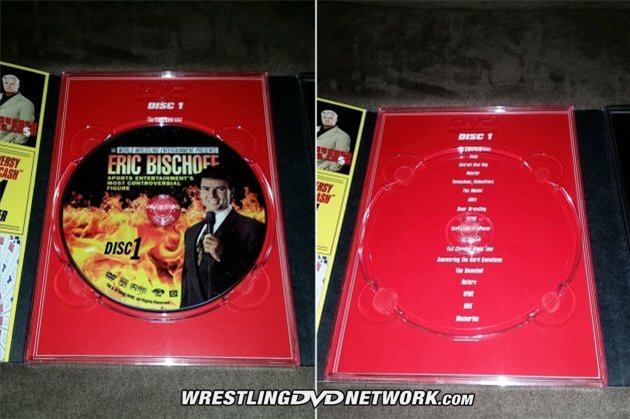 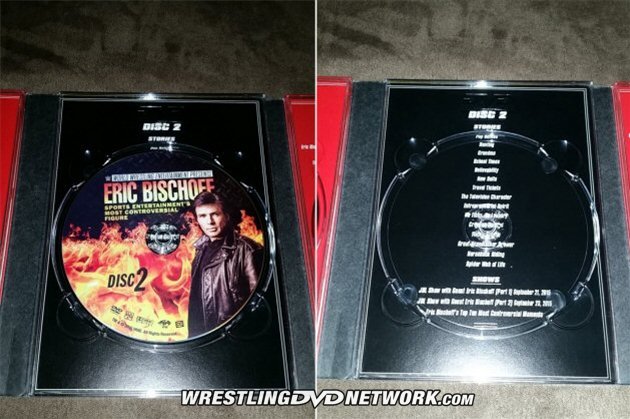 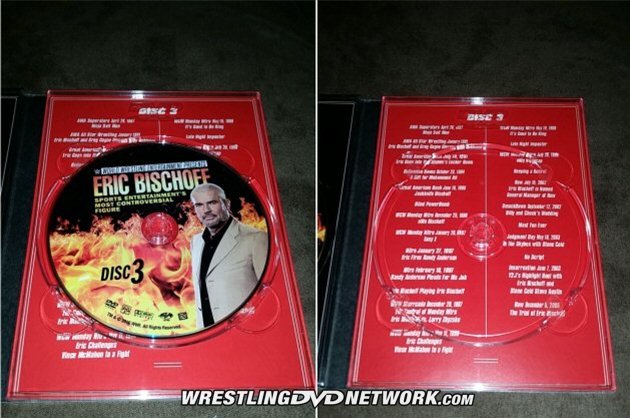 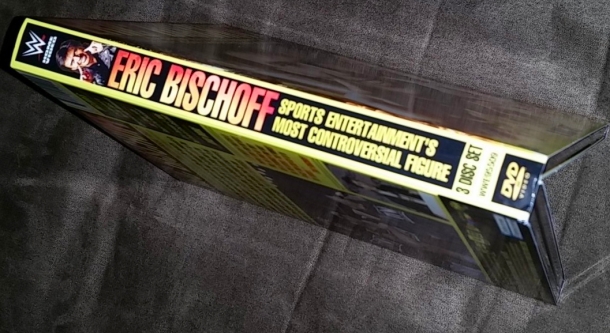