Fast Lane was the last stop before WrestleMania 31 this year and was headlined by Daniel Bryan vs. Roman Reigns for a shot at Brock Lesnar’s WWE World Heavyweight Championship, John Cena vs. Rusev, plus a rare appearance by Sting to challenge Triple H!

Below are first look photos of the Fast Lane 2015 DVD and a reminder of the extra features you can expect to find on there, one of which is a “Home Video Exclusive” segment.

The DVD also includes a free Topps trading card inside of John Cena. 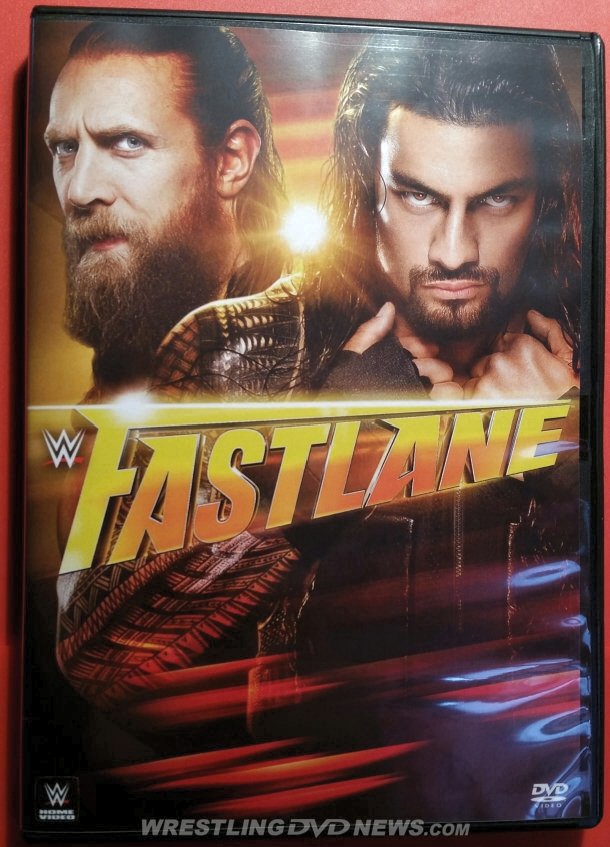 At WWE Fast Lane, Roman Reigns and Daniel Bryan collide in a match to determine who will face Brock Lesnar in the main event of WrestleMania.

Rusev looks to keep his undefeated streak alive as he puts his United States Championship on the line against John Cena and Authority leader Triple H finally gets his chance to confront “The Vigilante” Sting face-to-face in an epic in-ring confrontation.

It’s the last stop on the Road to WrestleMania. Find out what happens when WWE Superstars and Divas get in the Fast Lane! 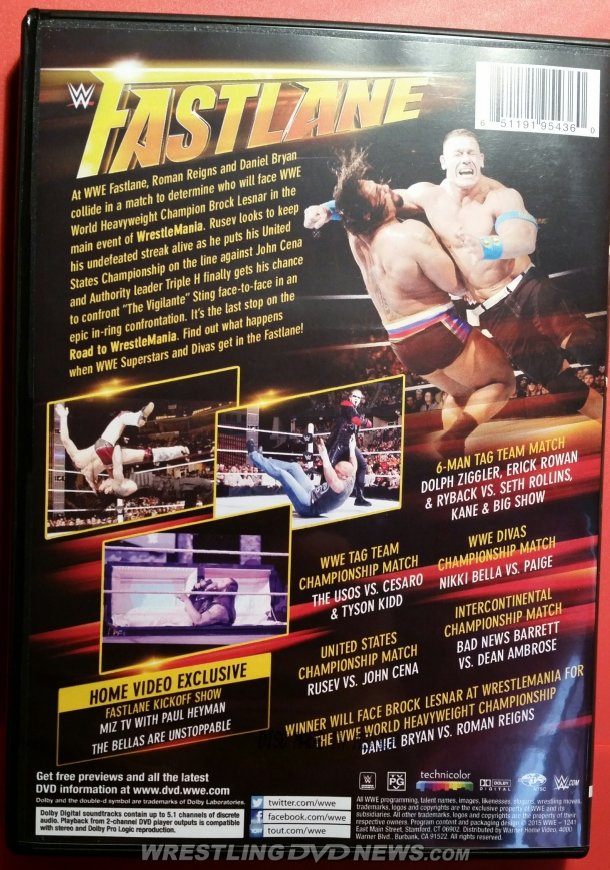 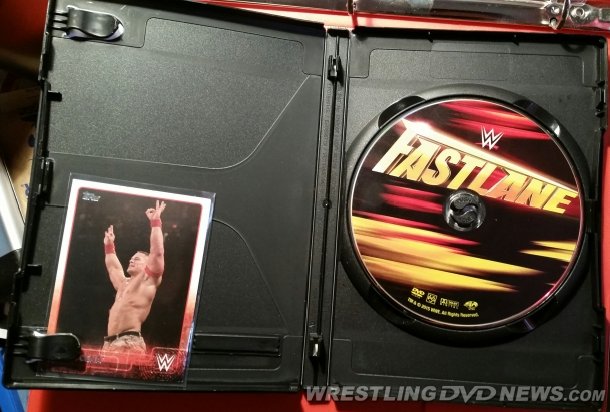 There will be 5 more extras on the UK exclusive Blu-ray edition. 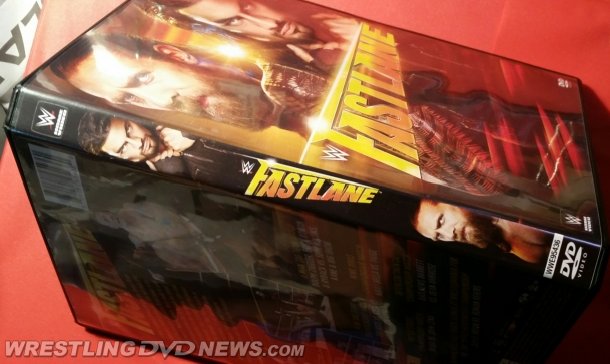