Exclusive: Photos of WWE ‘Ladies and Gentlemen, My Name is Paul Heyman’ DVD 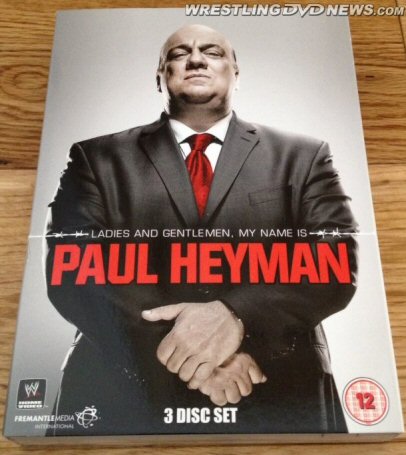 The “Ladies and Gentleman, My Name is Paul Heyman” WWE DVD and Blu-ray sets officially hit stores next week. Have you got yours on pre-order? Of course you do.

Today, WrestlingDVDNews.com can give you an exclusive first look at the finished products!

Pictured here are the UK versions. As reported, the Paul Heyman DVD/Blu-ray will be released first to the UK and Europe on Monday, August 4th. Get yours here at WWEDVD.co.uk, where it’s priced at £19.99 on DVD format, or £22.99 on Blu-ray format. 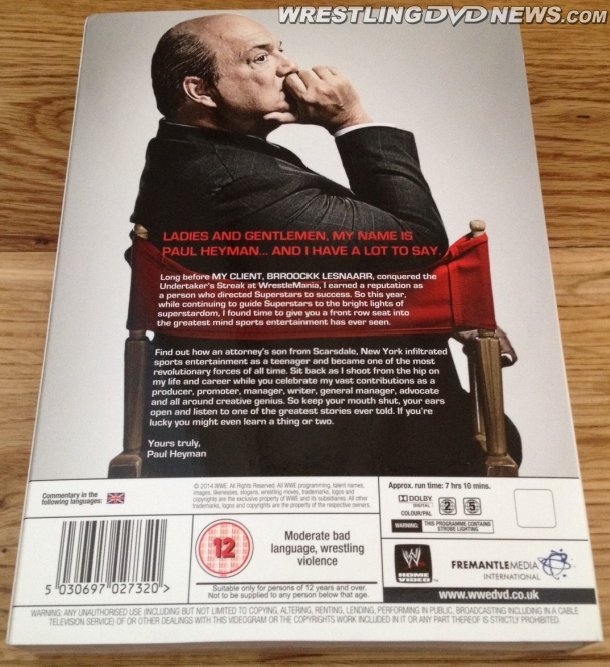 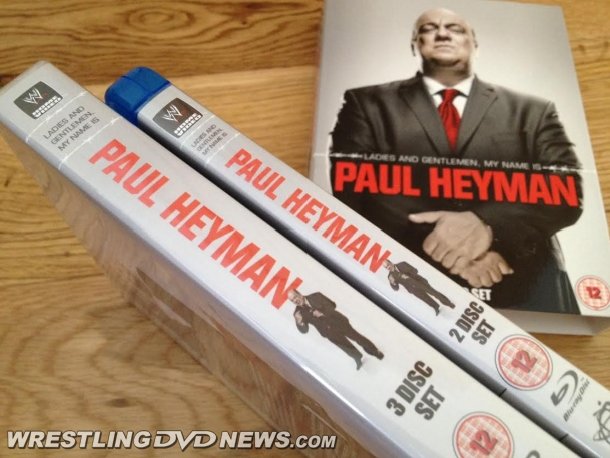 The total runtime of the DVD is approximately 7 hours and 10 minutes.

The total runtime of the Blu-ray (with extras) is approximately 8 hours and 37 minutes. 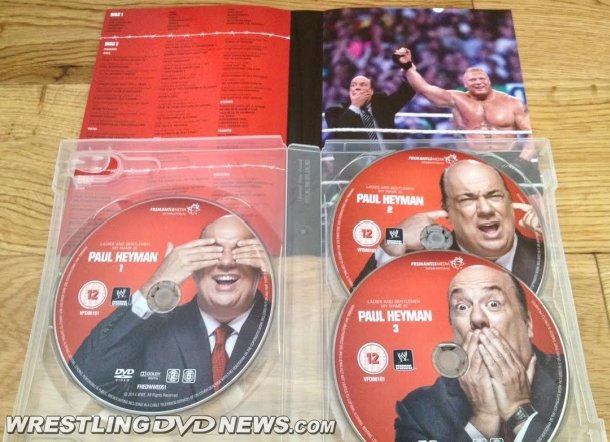 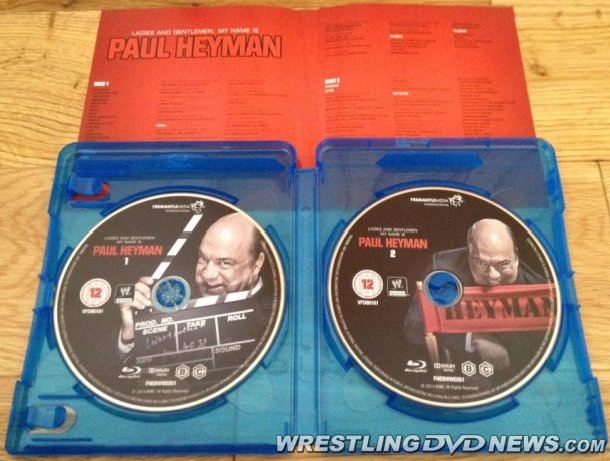 Ladies and Gentleman, Pre-order the “My Name is Paul Heyman” WWE DVD or Blu-ray now… 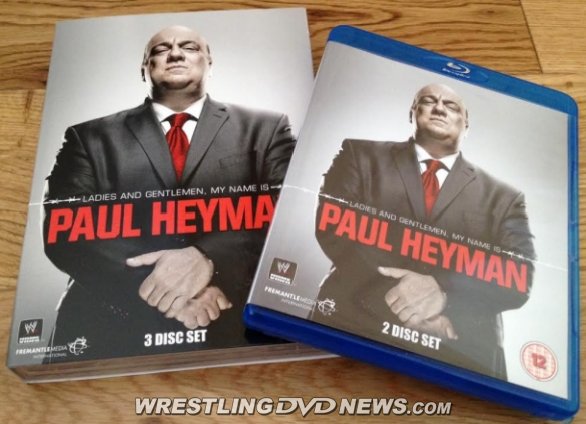 – USA: Pre-order now from Amazon.com or WWEShop.com for August 5th.