WWE Money in the Bank 2014 was officially released on DVD today!

You can get yours for only $9.99 here on Amazon.com or over at WWEShop.com.

With thanks to Rick Velazquez, check out photos of the new DVD below.

A version has been found on sale at Best Buy today with a free Topps trading card included, which may or may not be a store exclusive. It features John Cena and previews a new “Road to WrestleMania” trading card series on sale from October 2014. 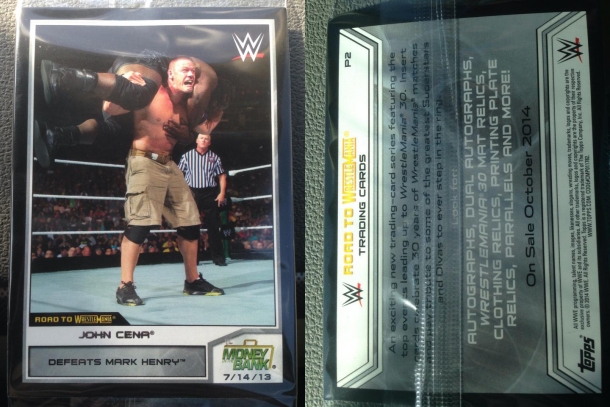 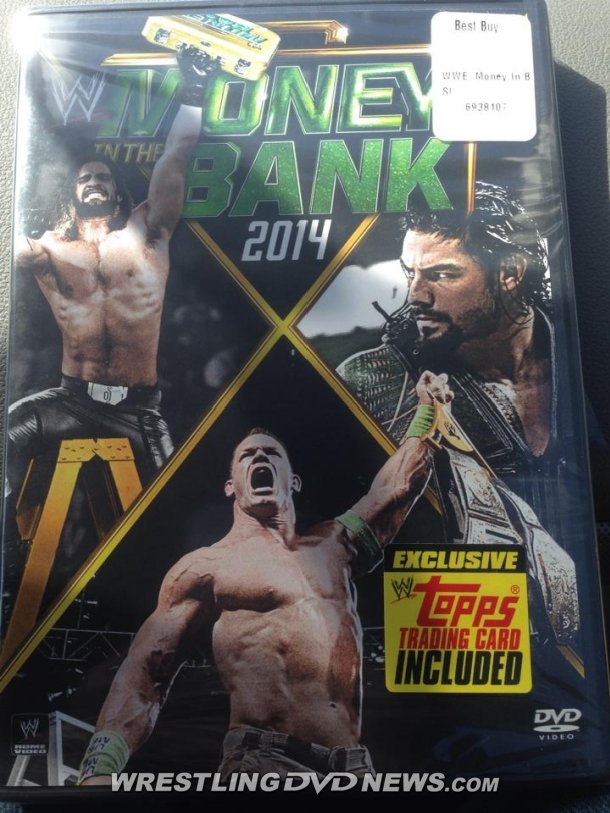 It’s the most highly anticipated Money in the Bank ever as 15 men compete in two ladder matches where the stakes couldn’t be any higher. In the traditional Money in the Bank Ladder Match, one Superstar will walk away with the coveted briefcase which holds a championship contract.

And for the first time in history, the vacated WWE World Heavyweight Championship will be up for grabs in a ladder match as eight Superstars battle to become the new face of WWE. The Authority’s handprints are all over the cloudy championship picture – with a combustible mixture of handpicked corporate henchmen, jilted ex-partners, former champions and more in both brutal ladder matches, anything is possible. 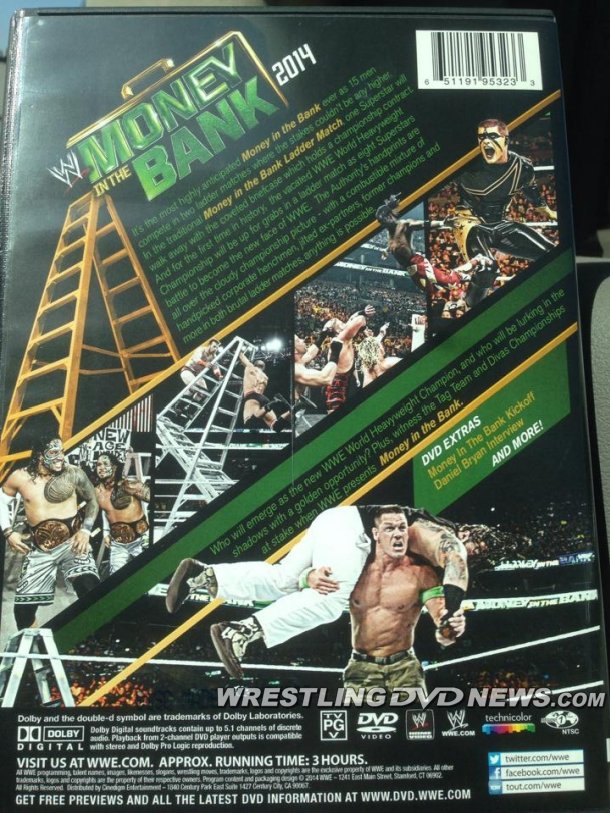 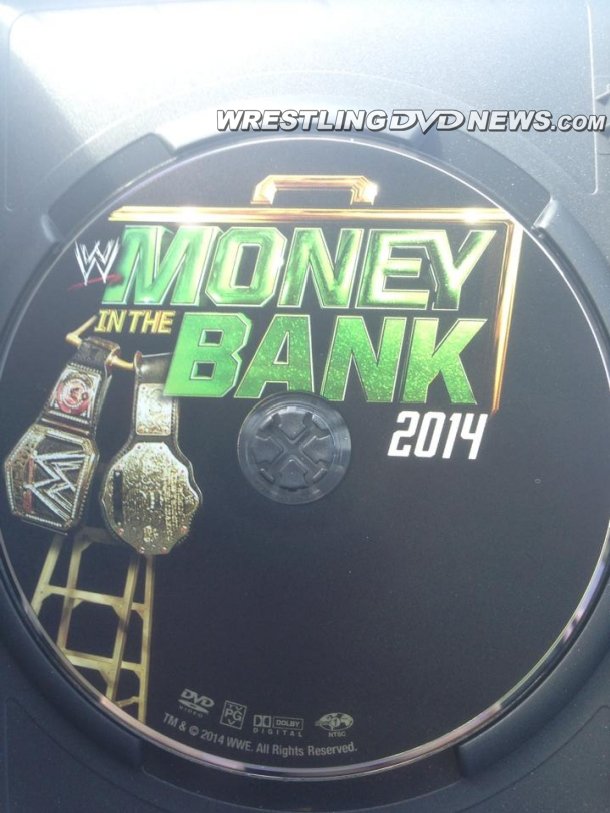