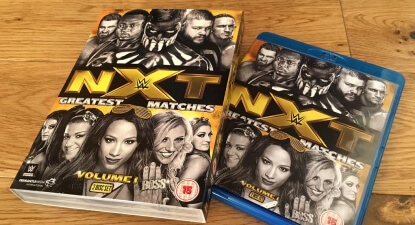 Time for another exclusive here at WrestlingDVDNetwork.com – we can now give you a pre-release first look at the next 3 disc WWE Home Video compilation due to hit stores…

…which just so happens to be the much anticipated “NXT Greatest Matches Vol. 1” DVD!

In fact, let’s take a look at BOTH the DVD and the Blu-ray. Pictured are the UK versions (up for pre-order on Amazon.co.uk), officially releasing March 14th, before anywhere else worldwide! 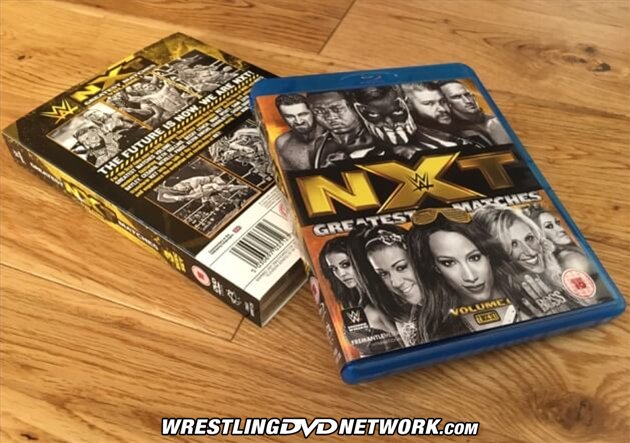 Pick up a copy of “NXT Greatest Matches Vol. 1” next month and you’ll take home 18 of NXT’s best matches on DVD or even more, 23, on the Blu-ray. The bouts begin in 2012 and run right through to the present day — a select few are even “dark”, unaired or previously unseen!

No boring hosts for this one. Between the compiled matches we will be treated to all-new, documentary-like segments (preview them) featuring brand new interview comments from Triple H and a plethora of NXT talent past and present, with a peek backstage along the way. 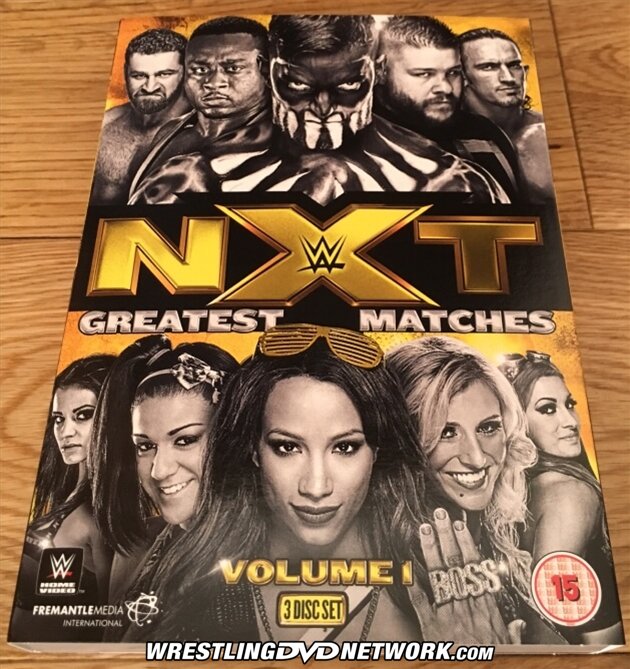 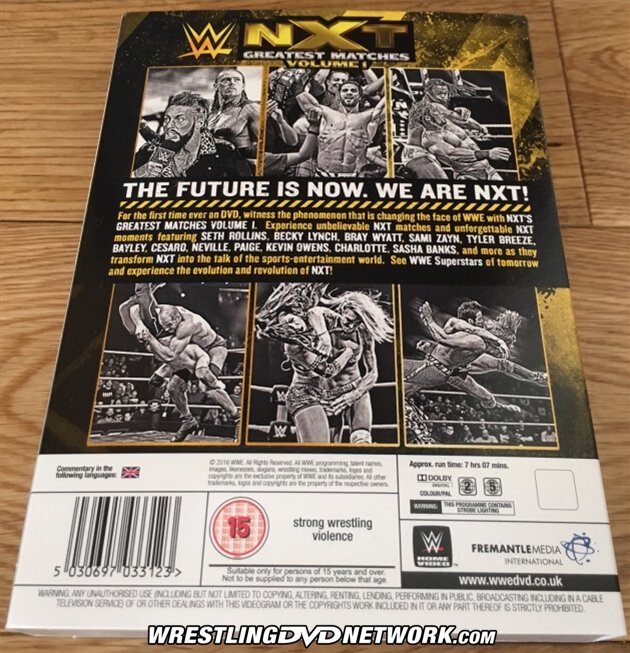 See WWE Superstars of tomorrow and experience the evolution and revolution of NXT! 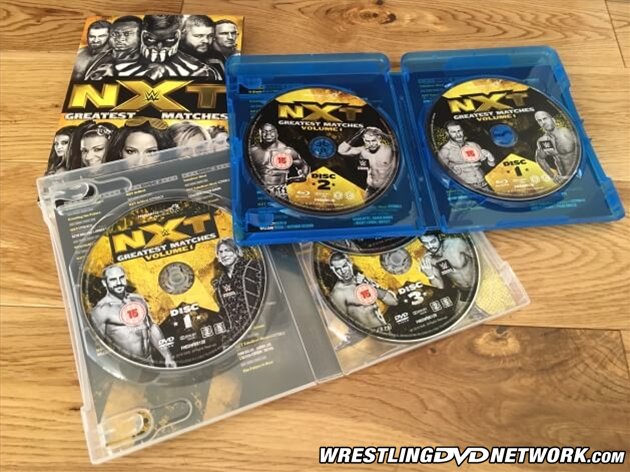 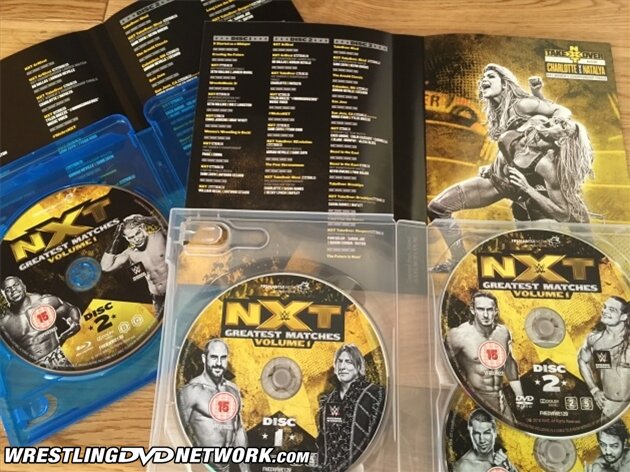 An additional 1 hour and 26 minutes of material will also be included as Blu-ray exclusive content. 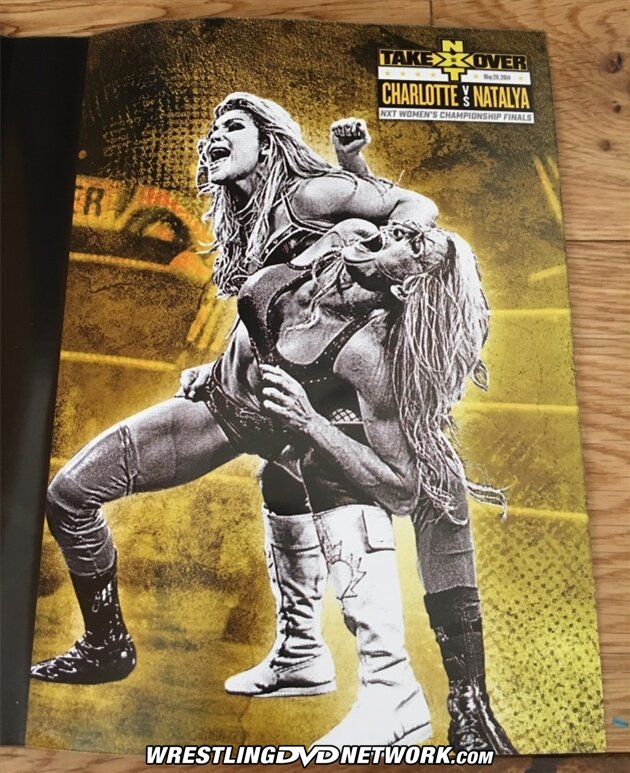 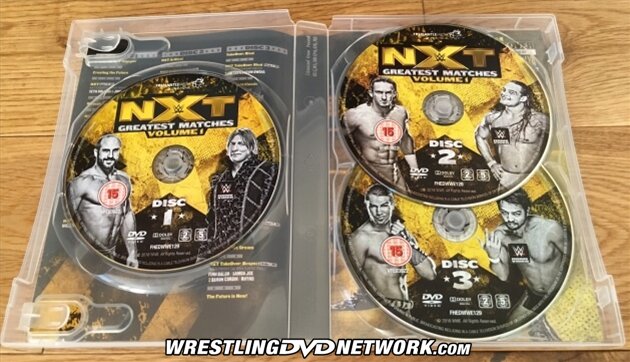 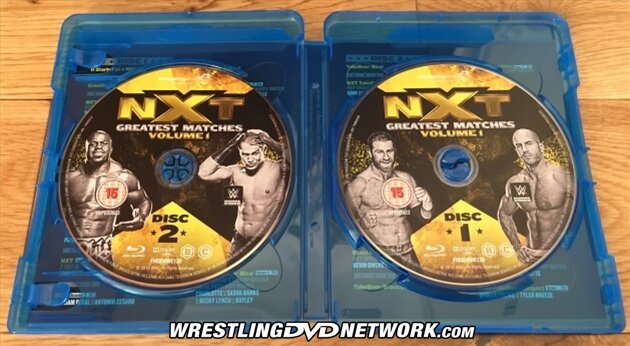 Get your copy of WWE’s “NXT Greatest Matches Vol. 1” DVD/Blu-ray… 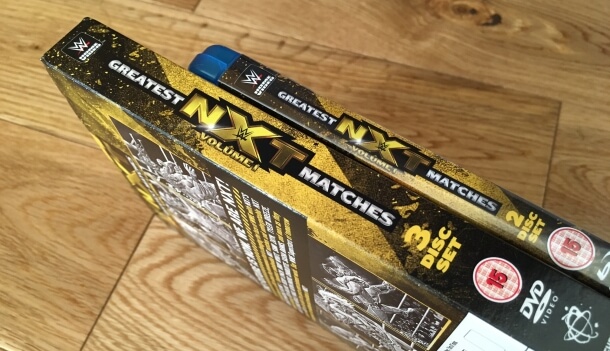