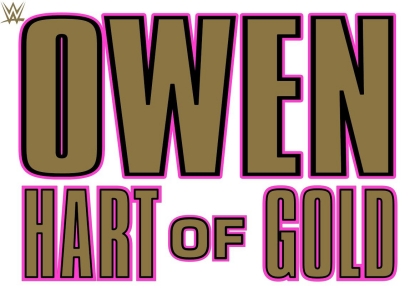 We’re just 1 DAY away from WWE releasing the “Owen – Hart of Gold” documentary! Exclusively at WrestlingDVDNetwork.com, take a look at the DVD’s fancy packaging before it hits stores.

Heads up, the pre-order price of the DVD has been reduced to just $17.99 here on Amazon.com. The Blu-ray edition is down to $21.99 there and showng up as a #1 Best Seller! Alternatively, “Hart of Gold” has also now been listed at the official source, here on WWEShop.com.

Fans in the UK – the Owen Hart DVD and Blu-ray is already out now! 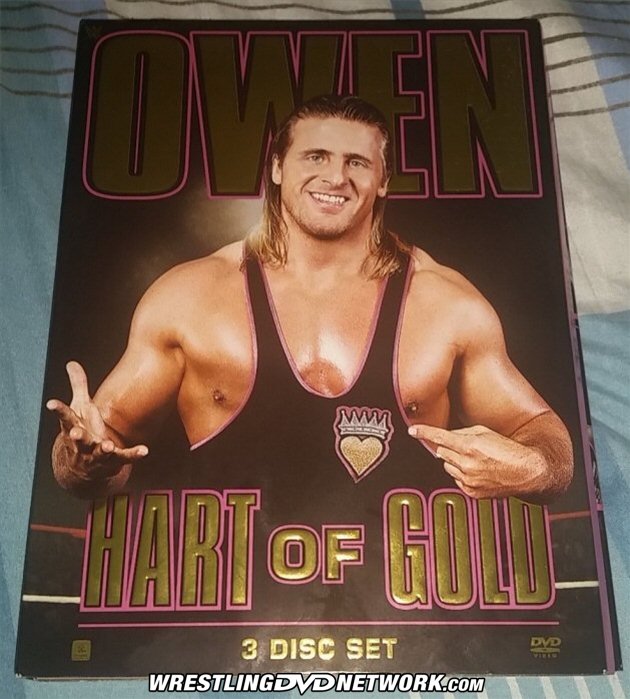 The long awaited “Owen – Hart of Gold” DVD features a documentary portion, a bunch of “story extras” to compliment the main feature, and compiles 19 matches from Owen’s career.

The Blu-ray edition packs in all of that, 2 more matches and over 40 tribute videos!

Special thanks to WDN reader “JayJayRock206” for sharing these photos. 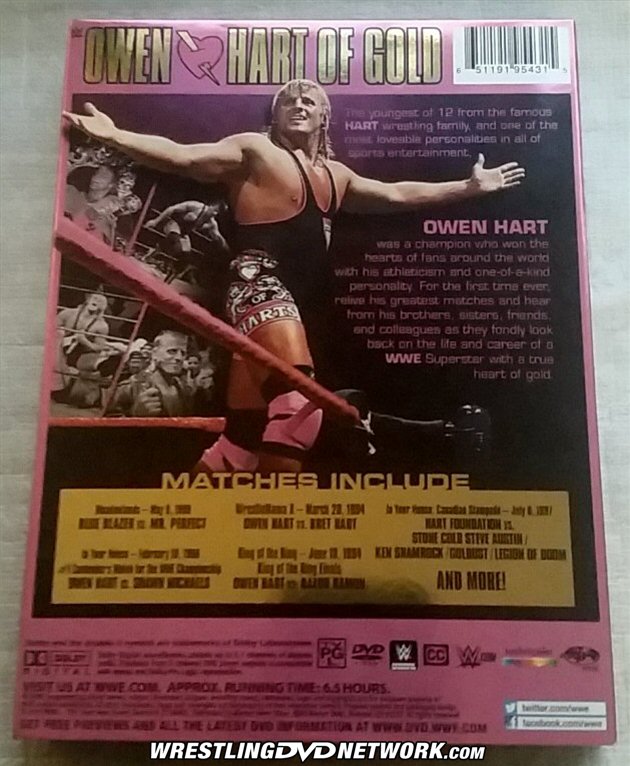 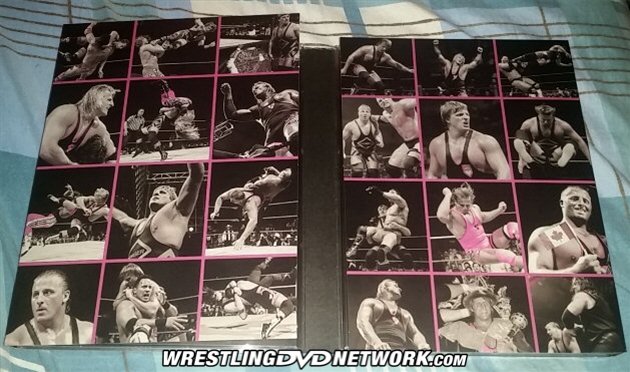 The youngest of 12 from the famous Hart wrestling family, and one of the most loveable personalities in all of sports entertainment, Owen Hart was a champion who won the hearts of fans around the world with his athleticism and one of a kind personality.

For the first time ever, relive his greatest matches and hear from his brothers, sisters, friends and colleagues as they fondly look back on the life and career of a WWE Superstar with a true heart of gold. 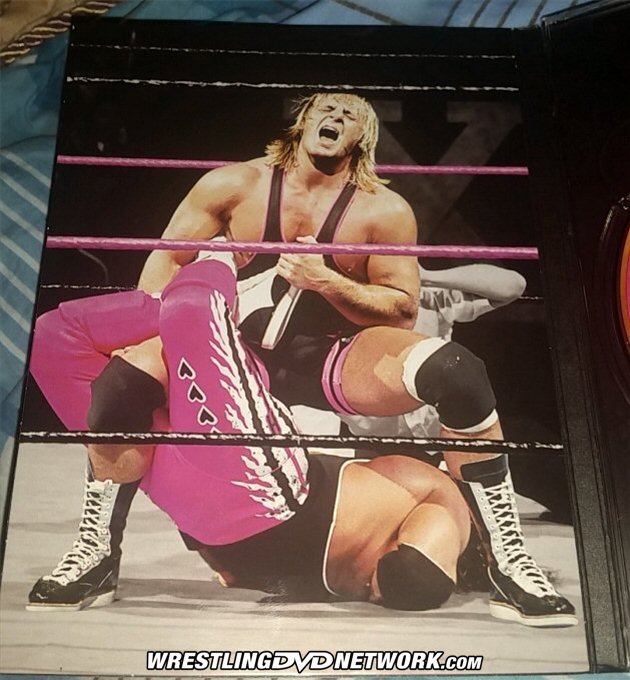 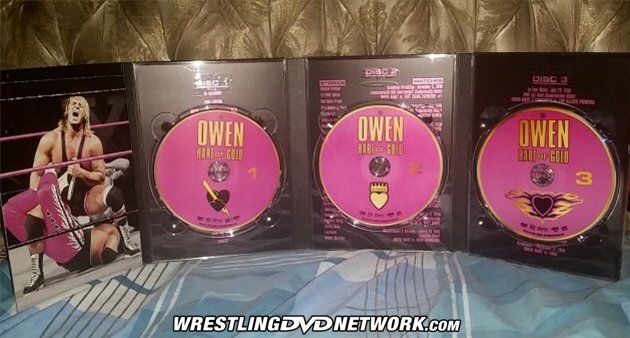 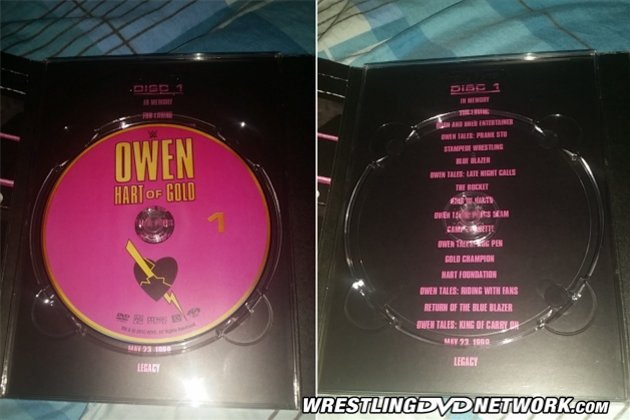 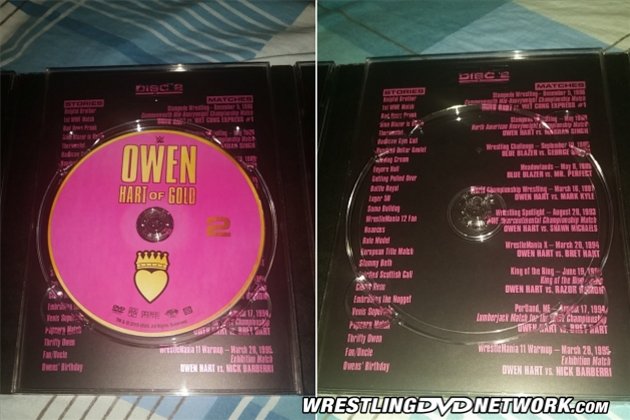 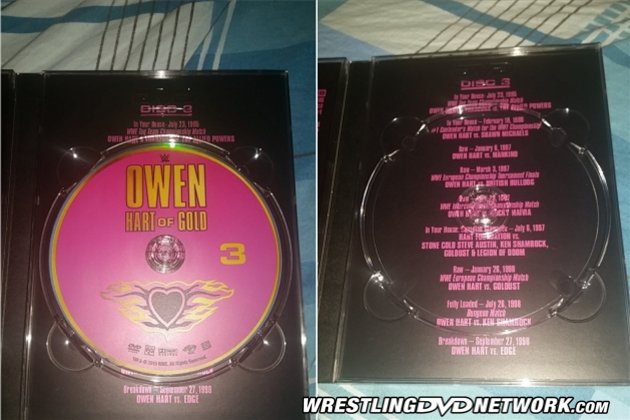 – UK/Europe: Today! Get the DVD or Blu-ray right now from Amazon.co.uk.

– USA: Tomorrow! Get your copy ordered at Amazon.com or WWEShop.com.

– Australia: Wednesday! Pre-order in time for then via WWEDVD.com.au. 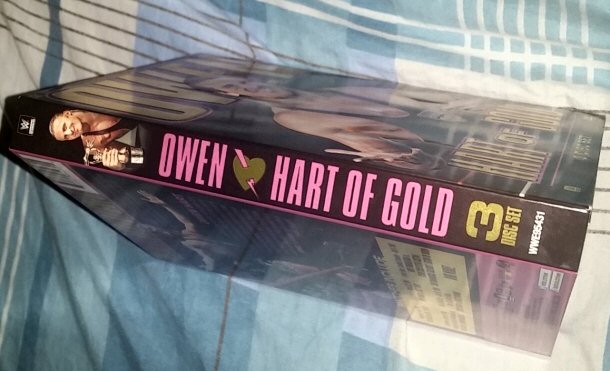