WWE Payback 2014 was released on DVD this past Tuesday!

You can get yours for $12.99 here on Amazon.com or over at WWEShop.com. 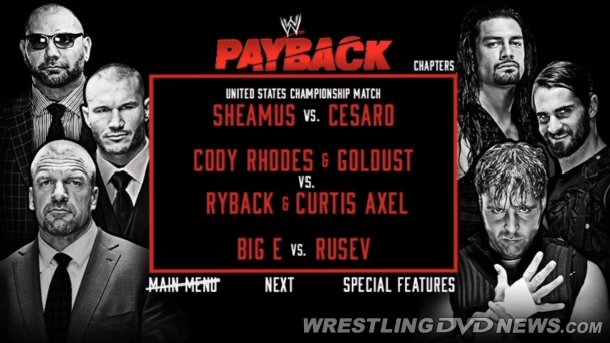 Below, check out photos of the new Payback DVD and a rundown of extra features you can expect to find on there. Thanks goes out to WDN reader Tony Kegger. 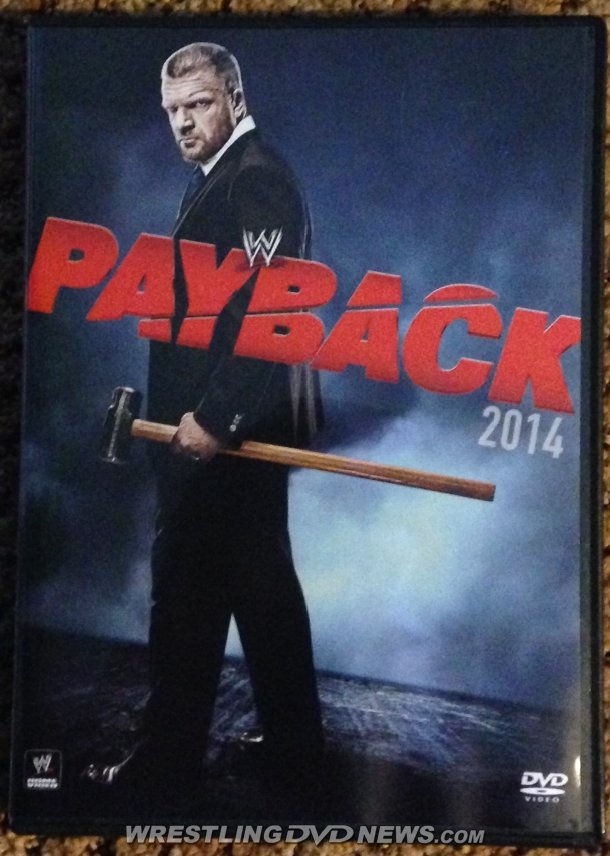 What goes around comes around at WWE Payback.

After being defeated by The Shield at Extreme Rules, Evolution is out for revenge when they collide with the Hounds of Justice in a No Holds Barred Elimination Match. Plus, who will stand above the wreckage when John Cena and Bray Wyatt battle in a relentless Last Man Standing Match? And what will be the fate of the WWE World Heavyweight Championship when Daniel Bryan has to choose between giving up his coveted title and saving his wife, Brie Bella, from being fired? It all comes to a head at WWE Payback! 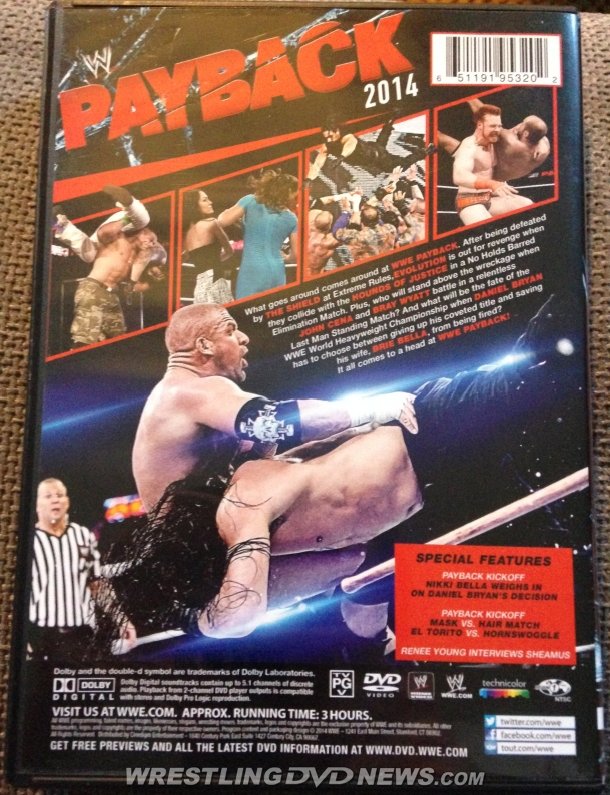 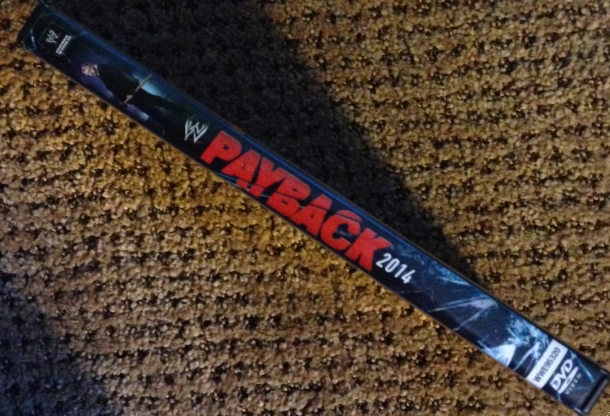 No Holds Barred Elimination Match
The Shield vs. Evolution 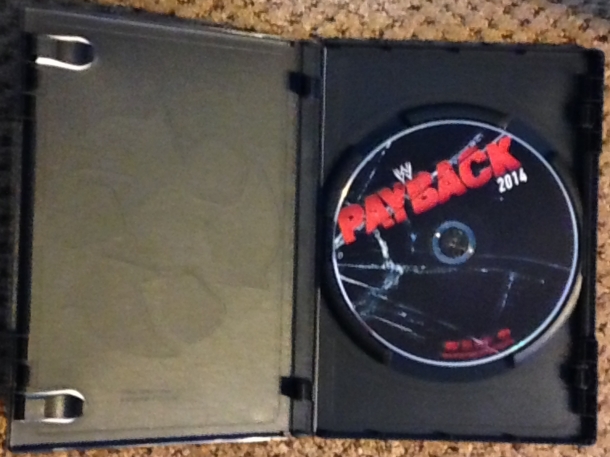