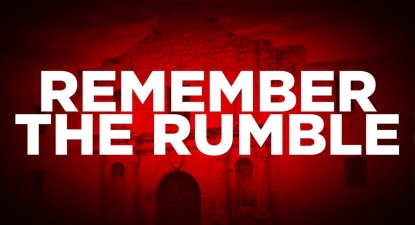 With last night’s Royal Rumble 2017 PPV in the history books, all that’s left to do is “remember the Rumble” DVD release date — March 7th to the United States (Amazon.com), March 20th to the UK (Amazon.co.uk), and March 22nd to Australia (Madman.com.au).

Given the event’s similar runtime to Survivor Series, which ended up as a 2 disc set when it landed in stores last month, it will be interesting to see if WWE does the same for the Royal Rumble DVD, or if they instead simply shift any extras to the Blu-ray edition that’s also coming worldwide.

Keep locked to WrestlingDVDNetwork.com for updates and the cover artwork soon!

There’s one more stop before adding the Rumble to your collection – Roadblock: End of the Line, WWE’s final 2016 PPV DVD which will release tomorrow to fans in the United States!

Be sure to grab your copy now for the low price of only $8.99 by clicking here to Amazon.com.

Watch the trailer for this week’s WWE DVD release above, and following below check out exclusive pre-release photos of the finished product before it’s officially available anywhere: 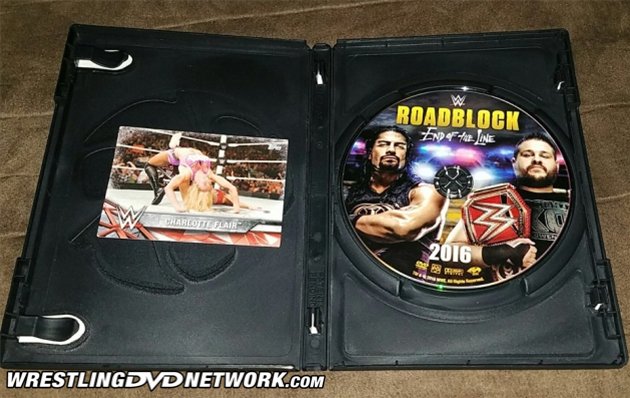 The December RAW-branded PPV event was of course headlined by Roman Reigns and Kevin Owens in a contest for the WWE Universal Championship, Seth Rollins vs. Chris Jericho, and Charlotte Flair vs. Sasha Banks in an Iron Man Match for the RAW Women’s Championship.

Inside the packaging of all first-run copies of the DVD is a free Charlotte Flair trading card!

Thanks once again to WDN reader “JayJayRock206” for the early pics. 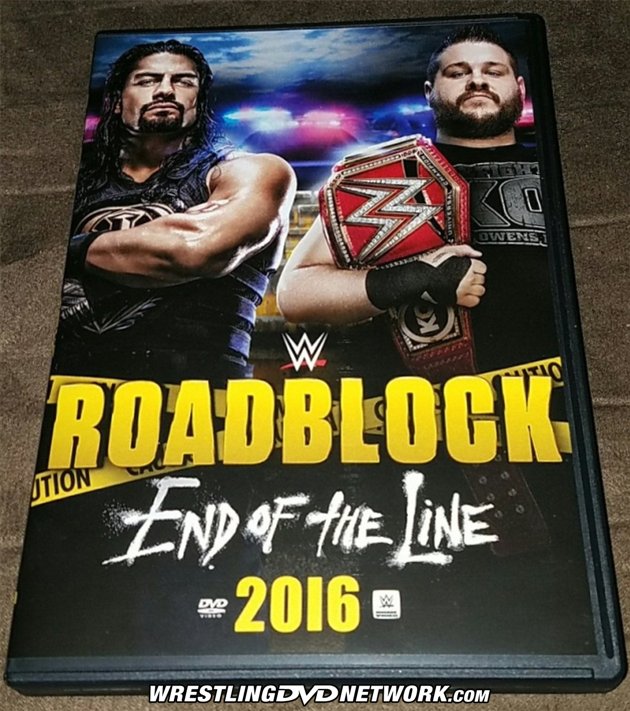 WWE United States Champion Roman Reigns hopes to make history and claim two of RAW’s most prestigious titles. The man standing in his way: WWE Universal Champion Kevin Owens. Can “The Roman Empire” put an end to The Kevin Owens Show, or will “The Prizefighter” enter 2017 still champion?

Sasha Banks and Charlotte Flair write the next chapter of their heated rivalry. It’s a 30-Minute Iron Man Match that pits “The Legit Boss” against “The Queen” for the WWE RAW Women’s Championship. “The Architect” Seth Rollins looks to settle his score with Chris Jericho in one-on-one competition.

The RAW Superstars reach their final destination in the latest pay-per-view of 2016 at WWE Roadblock: End of the Line. 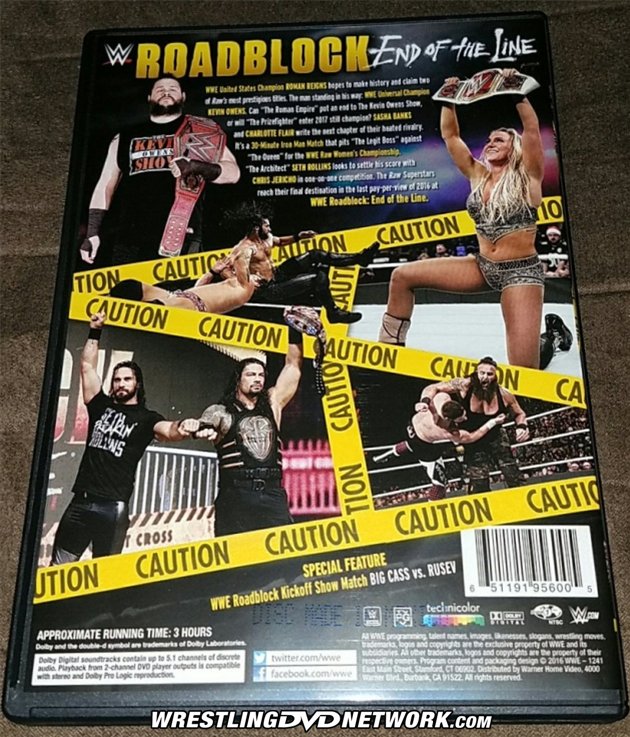 As shown, tomorrow’s Roadblock: End of the Line DVD will include the following extra:

Unfortunately WWE is not planning a Blu-ray edition for this one in any region. 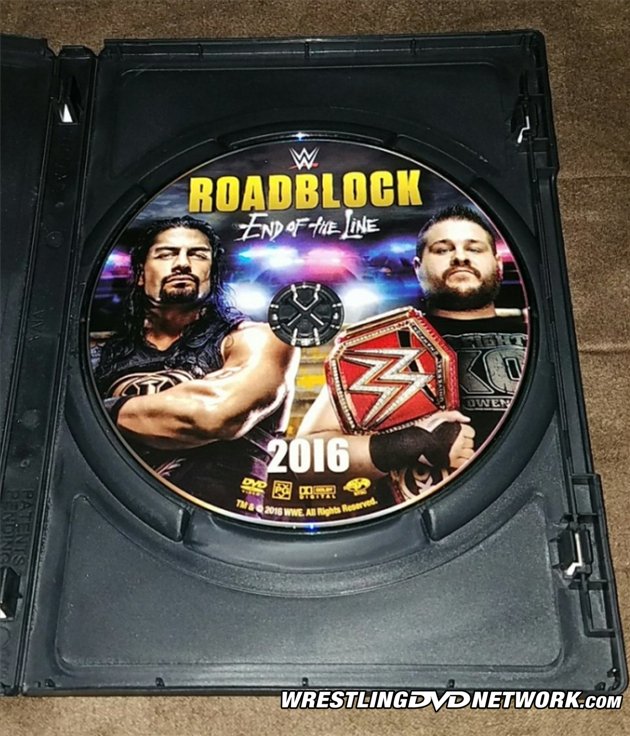 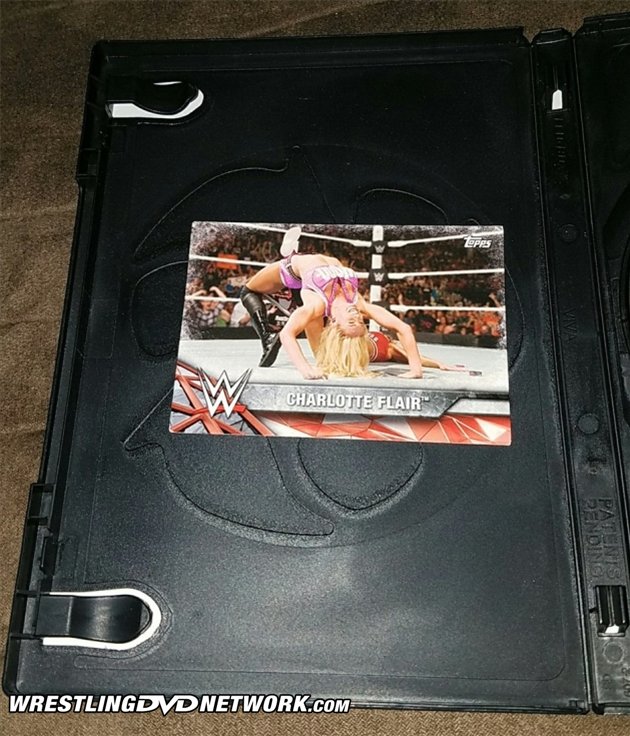 – USA: TOMORROW! Get the “Roadblock: End of the Line” DVD here on Amazon.com.

– UK/Europe: March 6th. Pre-order “Roadblock: End of the Line” on DVD via Amazon.co.uk.

– Australia: March 22nd. Pre-order “Roadblock: End of the Line” on DVD via Madman.com.au. 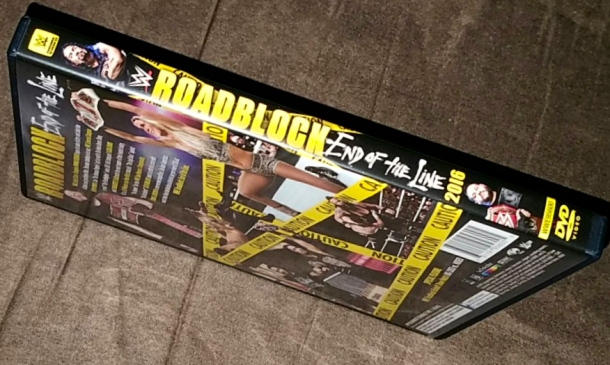