GET ROWDY because “The Unreleased Matches of Roddy Piper” have just hit stores!

Before we get to that though, here’s a handful of new WWE DVD updates that have come through.

This year’s Survivor Series DVD will include a Topps trading card that features Finn Bálor. We also have learned that either the Clash of Champions 2019 DVD or Hell in a Cell 2019 DVD (not yet confirmed which) will include a Kevin Owens trading card inside. These cards will continue to be signed by the WWE Superstars in limited numbers — have you found a signed card yet?

WrestlingDVDNetwork.com has also been provided with the official box artwork for the U.S. version of the SummerSlam 2019 DVD and its confirmed list of extras from the SummerSlam Kickoff Show combined with moments from RAW and SmackDown Live!

The special features will be the same for the UK exclusive Blu-ray due for release in October. 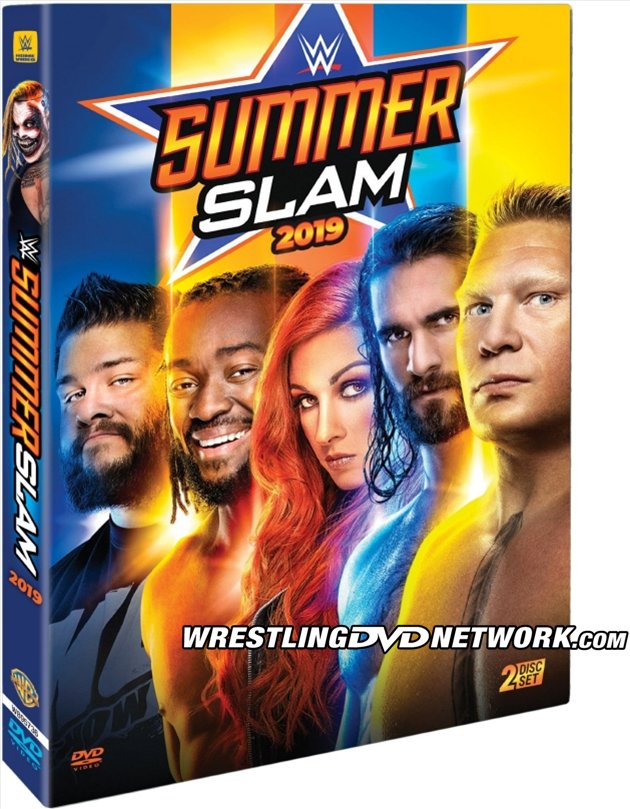 It’s another WWE DVD Tuesday because “Getting Rowdy: The Unreleased Matches of Roddy Piper” officially hit stores in the United States today (grab it for $14.96 here on Amazon.com) and will follow on Monday in the UK (£12.99 here on Amazon.co.uk).

Close to 20 previously unreleased matches. 11 Piper’s Pits. A collection of promos and interviews. Action figure commercials. All featuring the late, great WWE Hall of Famer “Rowdy” Roddy Piper. Plus, an exclusive interview with Ronda Rousey to top it all off!

This “rowdy” new WWE DVD release comes with 2 discs inside the packaging, along with a double-sided paper insert that details the full content of those discs. Let’s check out some first look photos of the U.S. version, with special thanks to WDN reader Matthew Tremble. 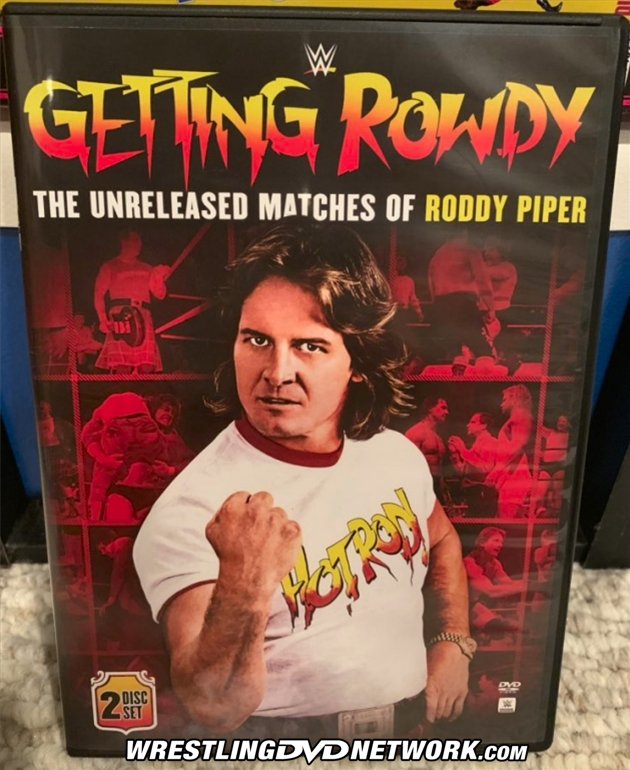 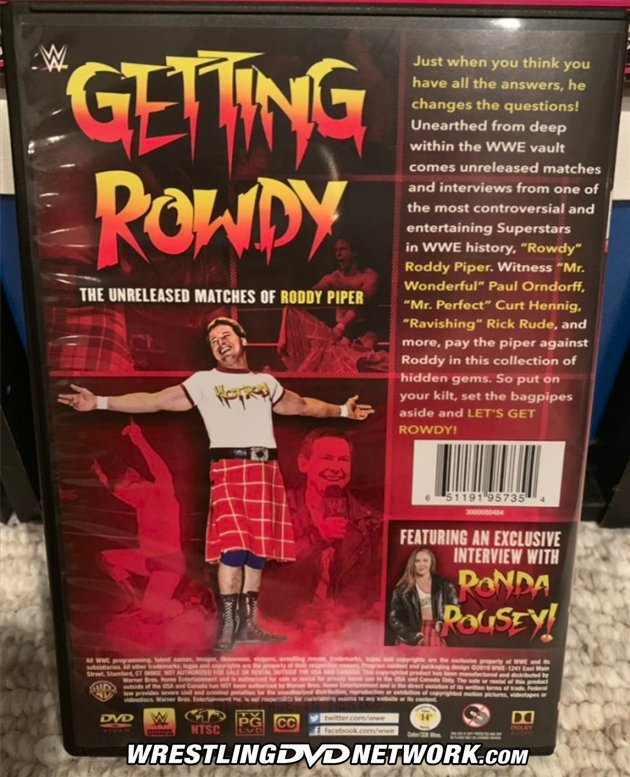 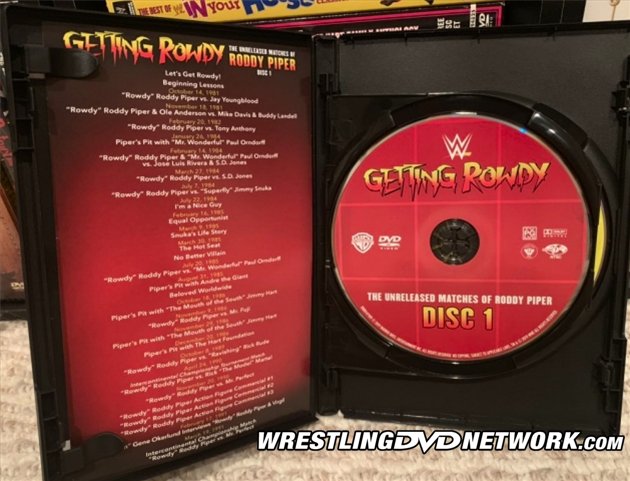 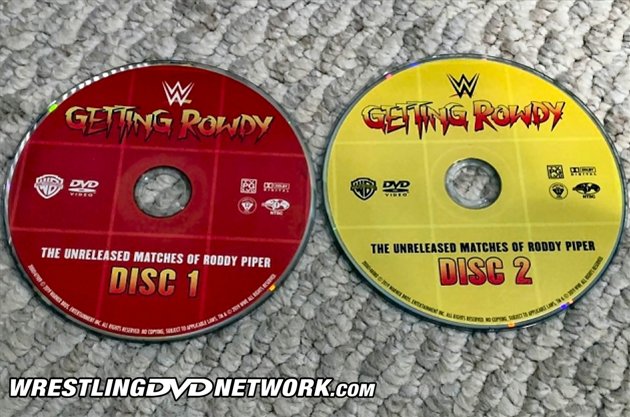 Match Listing for WWE “Getting Rowdy: The Unreleased Matches of Roddy Piper” DVD 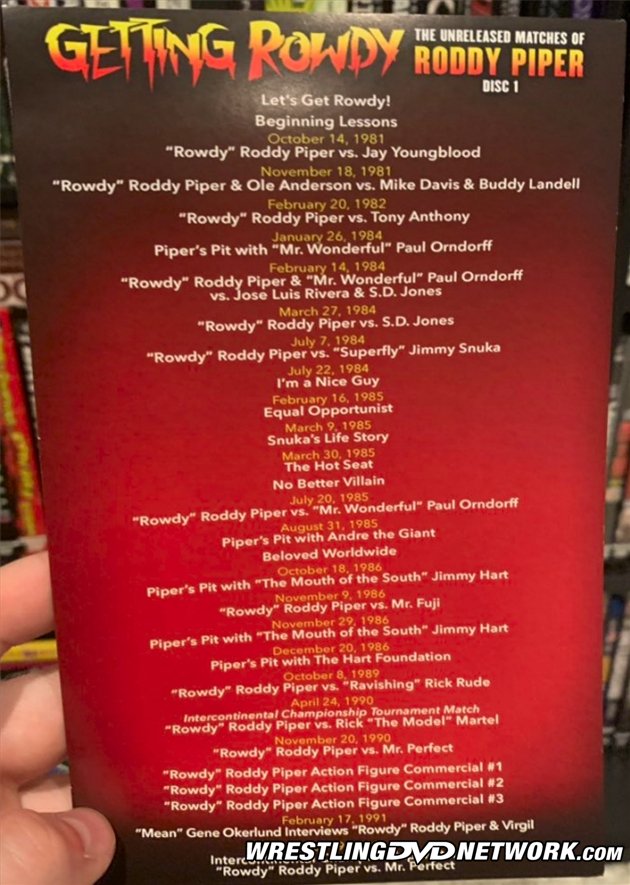 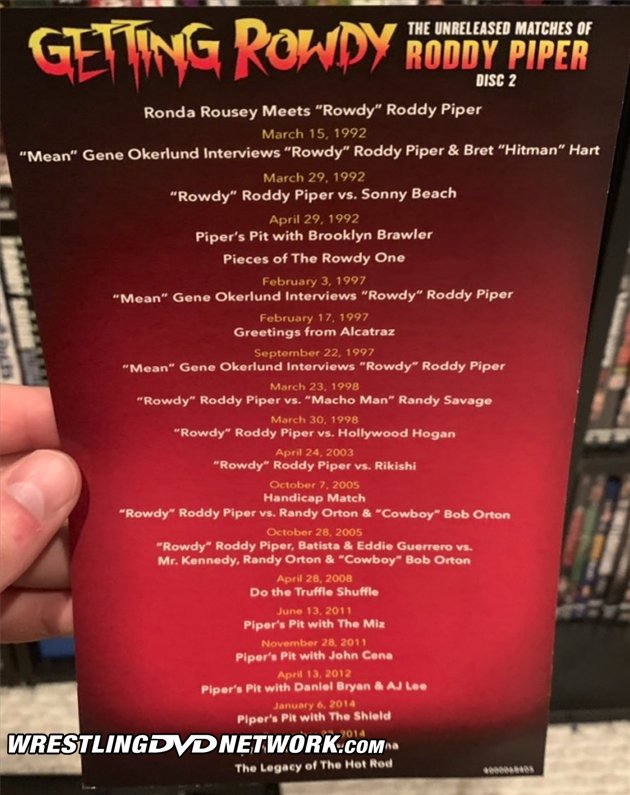 Get rowdy with the WWE “Unreleased Matches of Roddy Piper” DVD…

– United States: RIGHT NOW! Get your copy of the new Piper DVD here on Amazon.com.

– UK/Europe: NEXT MONDAY! Pre-order your copy of the Piper DVD now on Amazon.co.uk. 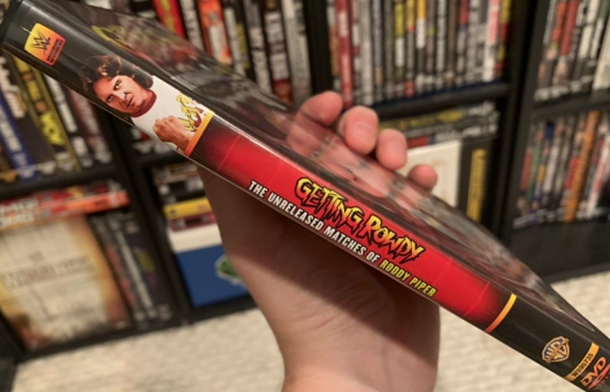