One week from the release of WWE’s history-making, first-ever Women’s DVD “Then, Now, Forever: The Evolution of WWE’s Women’s Division” (hitting the UK next Monday via Amazon.co.uk and the USA next Tuesday via Amazon.com) it’s time for your exclusive first look!

Today, WrestlingDVDNetwork.com presents photos of the final packaging you can expect to find in stores next week and a sneak peek at the DVD’s intro video too.

The 3-disc set will pack in 8 hours and 50 minutes of content that showcases the history of women’s wrestling in WWE — it begins 34 years ago and journeys to the present day “Women’s Evolution” era. And here’s what it will look like in your collection… 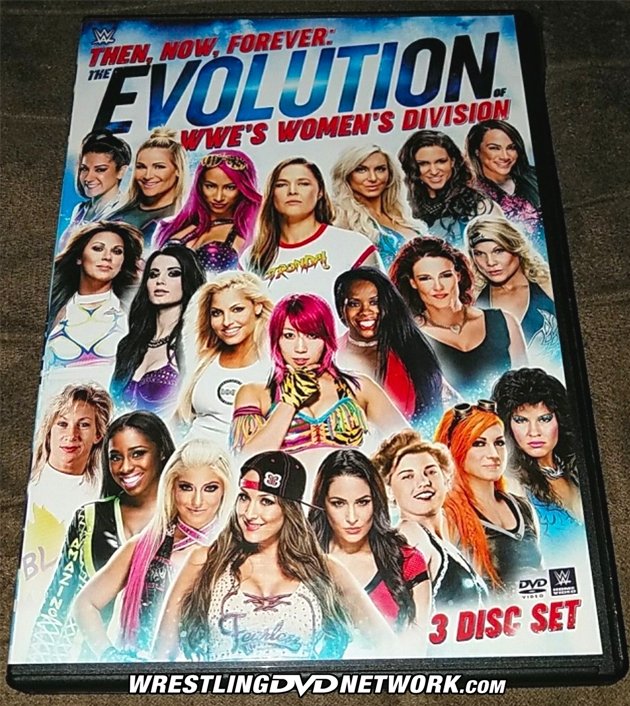 “Then, Now, Forever: The Evolution of WWE’s Women’s Division” is a compilation of 22 matches involving the most influential, ground-breaking and legendary female WWE Superstars and Divas to grace the squared circle. Those matches include many “firsts” for the division including the first-ever women’s cage match in WWE and the more recent women’s Money in the Bank, Hell in a Cell, Elimination Chamber and Royal Rumble matches – and yes, the Rumble is shown in full!

As is now the norm, the U.S. release is housed in standard Amaray packaging that’s slimmer than the Digipaks we traditionally saw produced for a 3-disc set. A paper insert is found inside the case which details the full content of the discs, while those discs are again ‘stacked’ together in one holder.

Let’s take a closer look! Thanks goes out to WDN reader @jayjayrock206 for the pics. 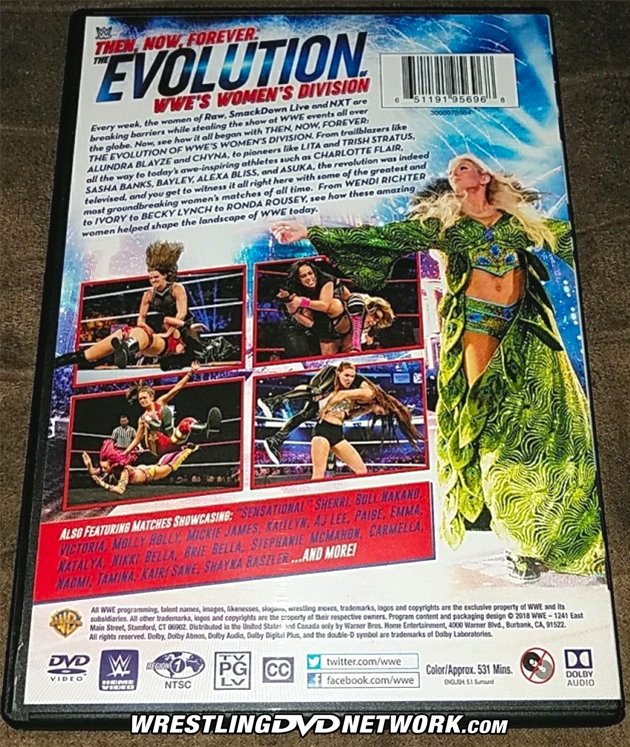 “THEN, NOW, FOREVER: THE EVOLUTION OF WWE’S WOMEN’S DIVISION”

Every week, the women of RAW, SmackDown Live and NXT are breaking barriers while stealing the show at WWE events all over the globe. Now, see how it all began with Then, Now, Forever: The Evolution of WWE’s Women’s Division. 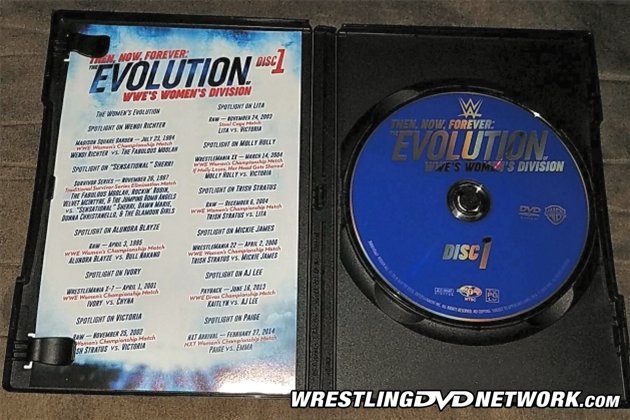 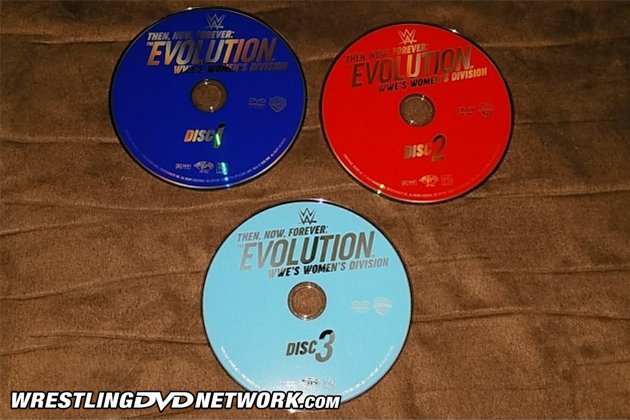 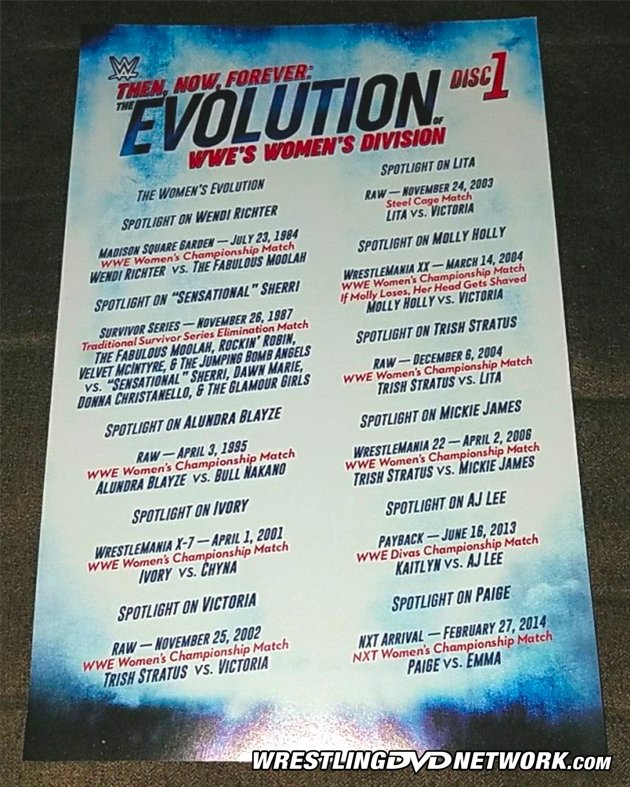 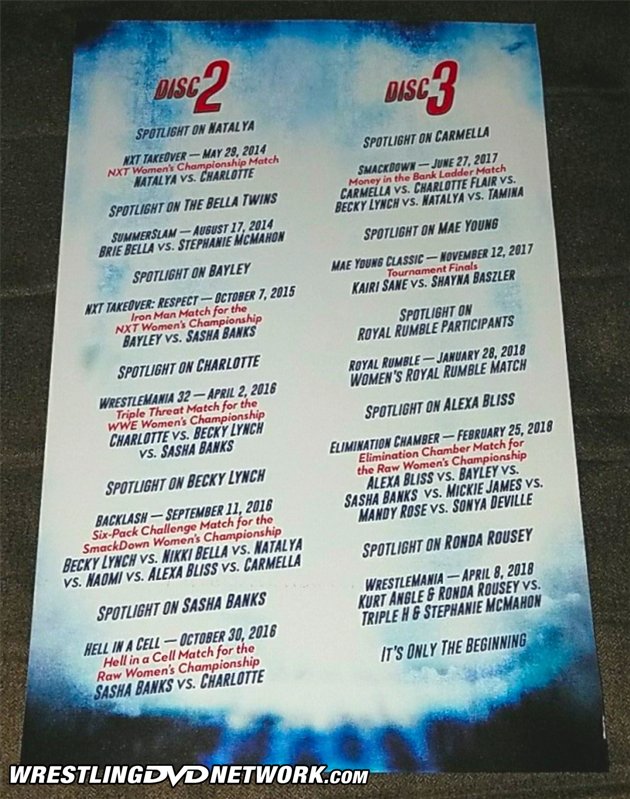 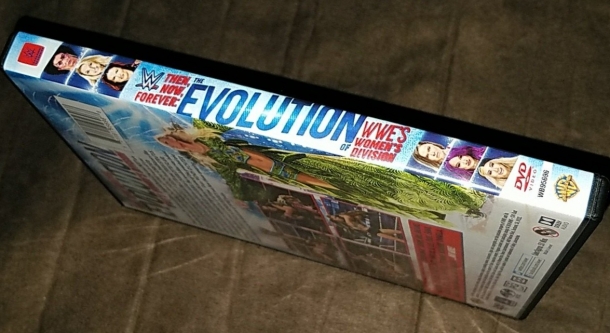