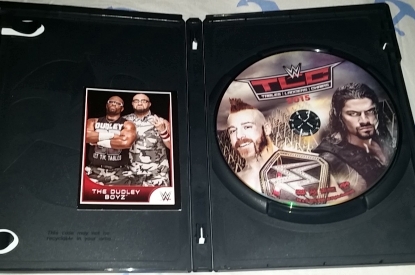 The next WWE DVD, the very first of 2016 – Tables, Ladders & Chairs – will be officially released to fans across the United States tomorrow! Let’s take a first look before it hits the shelves.

Add it to your collection for $12.99; order here on Amazon.com to get it shipped now.

Last month’s PPV event was of course headlined by Roman Reigns and Sheamus in a TLC Match for the WWE World Heavyweight Championship, and also played host to matches that had Intercontinental, United States, Tag Team and Divas Championship gold on the line.

Below are exclusive photos of the TLC 2015 DVD and confirmation of the extras you can expect to find on there. Included inside is a free Topps Chrome trading card featuring the Dudley Boyz.

Thanks goes out to WDN reader “JayJayRock206”. 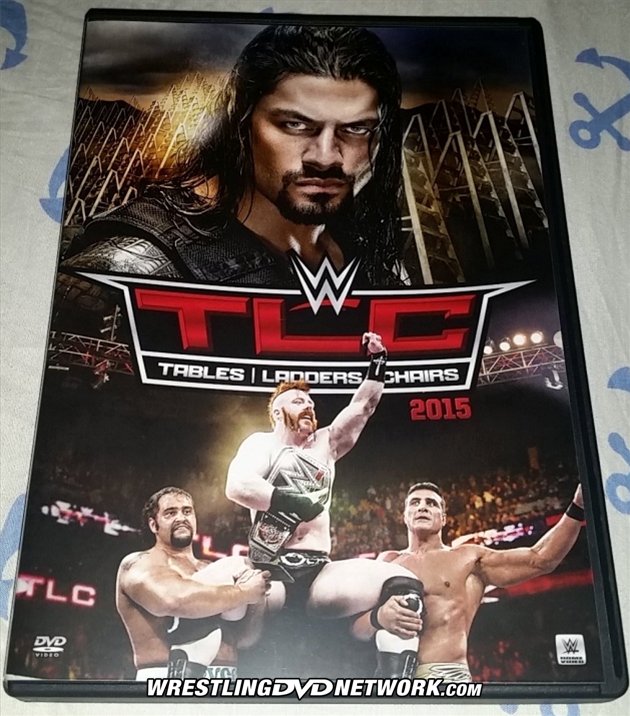 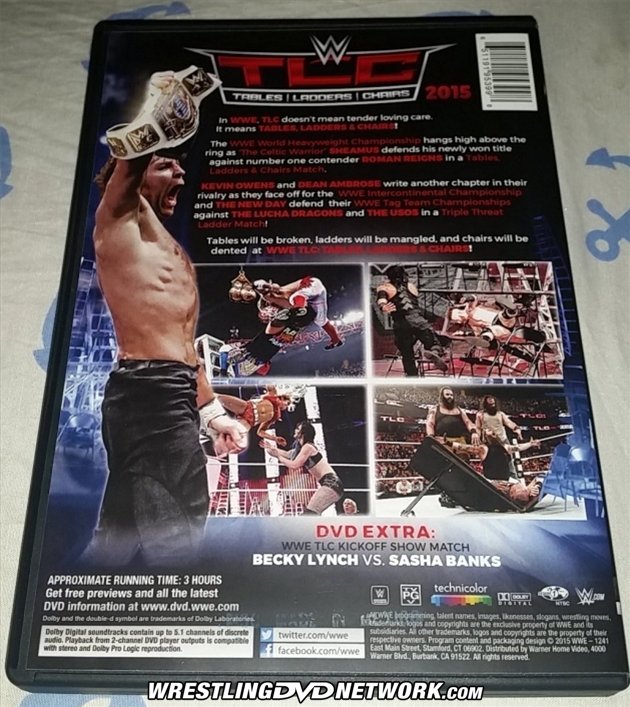 The WWE World Heavyweight Championship hangs high above the ring as “The Celtic Warrior” Sheamus defends his newly won title against number one contender Roman Reigns in a Tables, Ladders & Chairs Match.

Kevin Owens and Dean Ambrose write another chapter in their rivalry as they face off for the WWE Intercontinental Championship and The New Day defend their WWE Tag Team Championships against The Lucha Dragons and The Usos in a Triple Threat Ladder Match!

Tables will be broken, ladders will be mangled, and chairs will be dented at WWE: Tables, Ladders & Chairs! 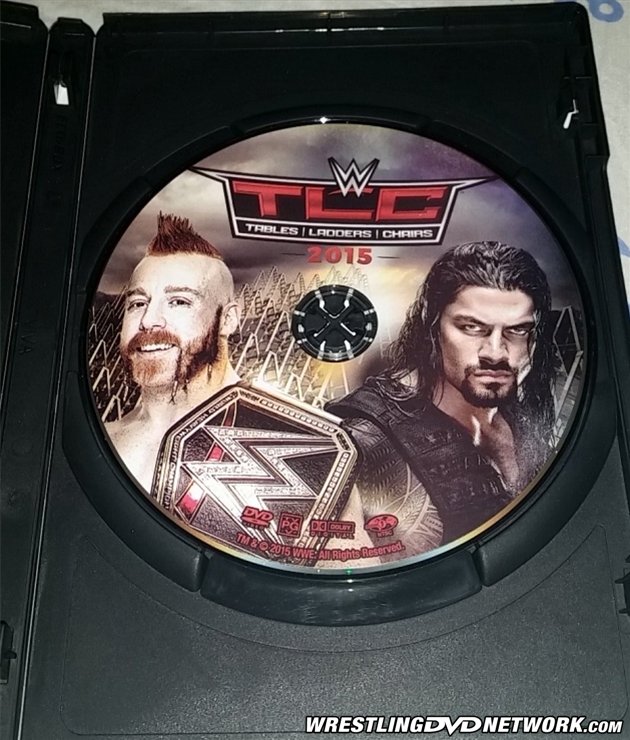 The single extra feature planned for the DVD is…

On top of that, at least 70 minutes of extras will be included on the UK exclusive Blu-ray. 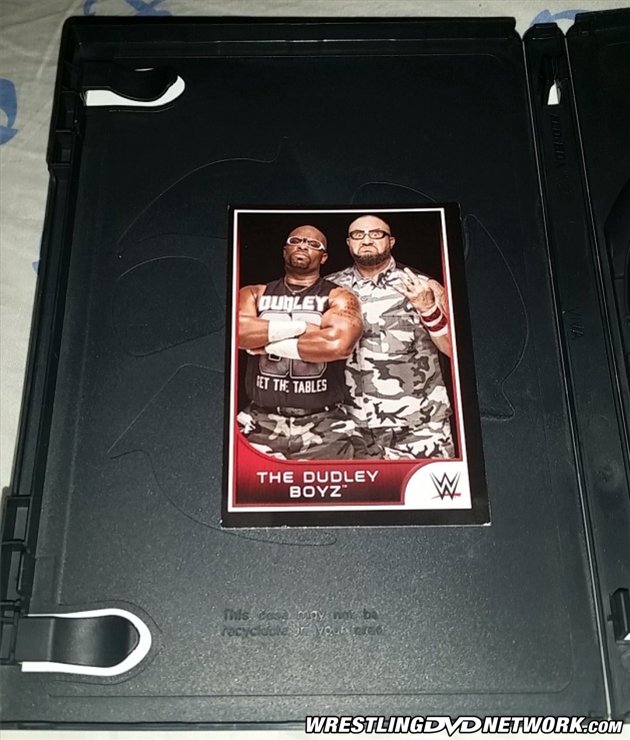 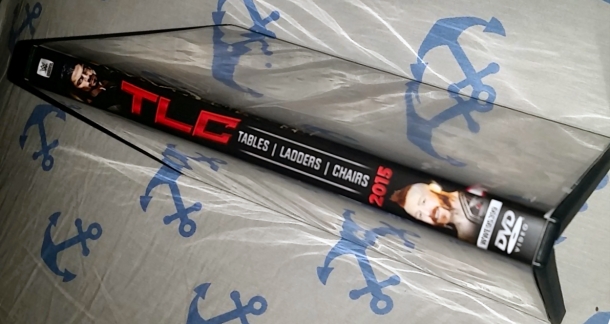 – USA: Tomorrow! Get your copy of the DVD now here on Amazon.com.