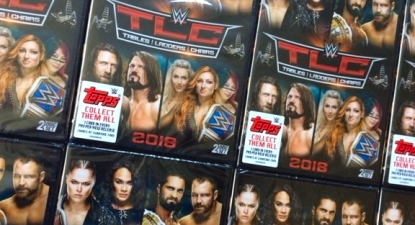 It’s that time again—time to add another WWE DVD to our collections! 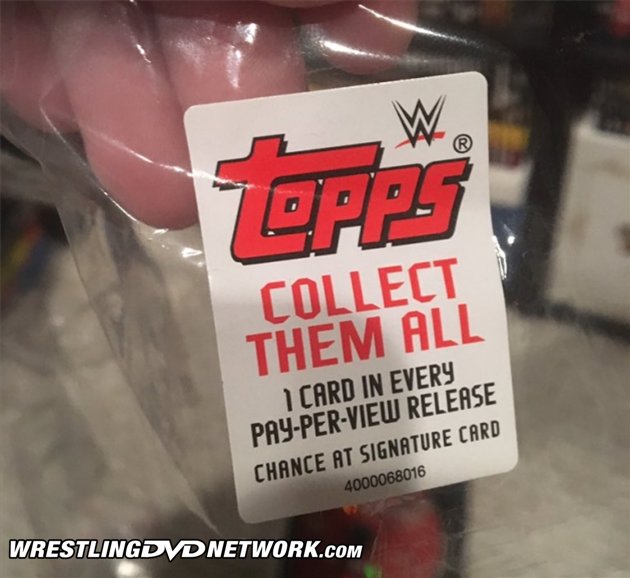 Did you notice this sticker on the front cover? The Topps trading cards found inside the PPVs returned last month with Survivor Series DVD after a short time away. But not only are they back, now WWE is giving fans a chance to grab these trading cards signed by the featured Superstar. It looks like a small quantity of “Signature Cards” will be placed inside the PPV DVDs.

You might get lucky and find one with your copy. If you don’t, you will still find the regular card without the signature as normal. WrestlingDVDNetwork.com can also exclusively reveal that Alexa Bliss will be featured on a trading card of her own, free inside the Elimination Chamber DVD this April. 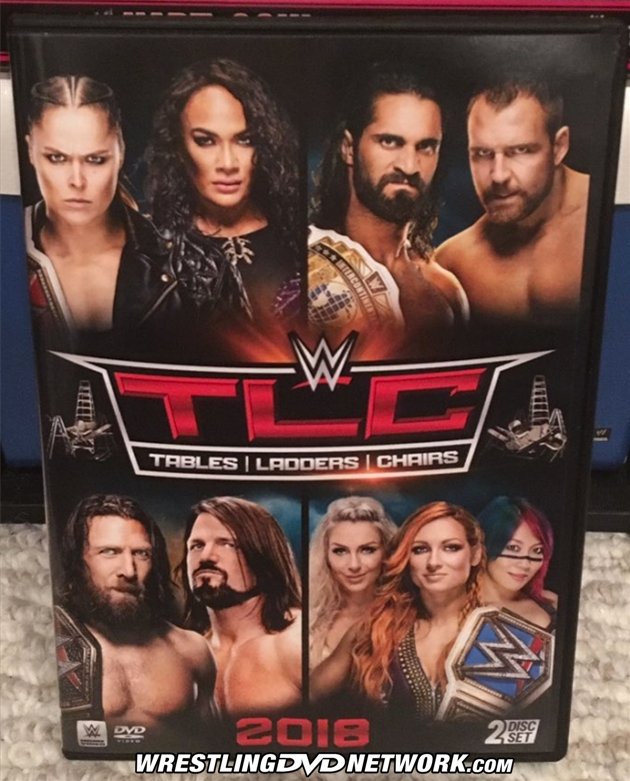 The cover artwork of the DVD may jog your memory about the matches that night; TLC was main-evented by a Triple Threat TLC Match between Becky Lynch, Charlotte Flair and Asuka, while Daniel Bryan and AJ Styles battled once again over the WWE Championship, Dean Ambrose went after Seth Rollins’ Intercontinental Championship, and Ronda Rousey defended her RAW Women’s Championship against Nia Jax — and that’s not including 6 additional matches!

The newly-released TLC DVD presents the entire 4-hour PPV event and 3 bonus features. Thanks to WDN reader Matthew Tremble we can get a look at it right now. 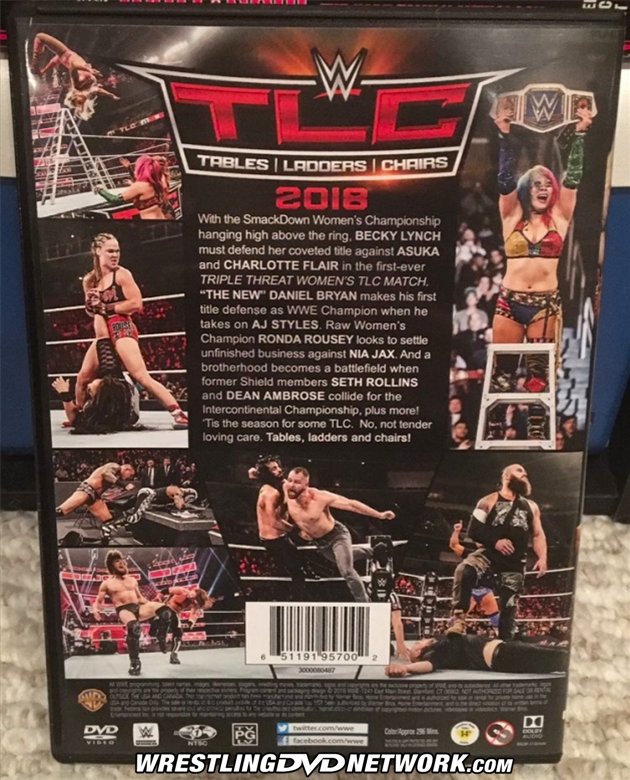 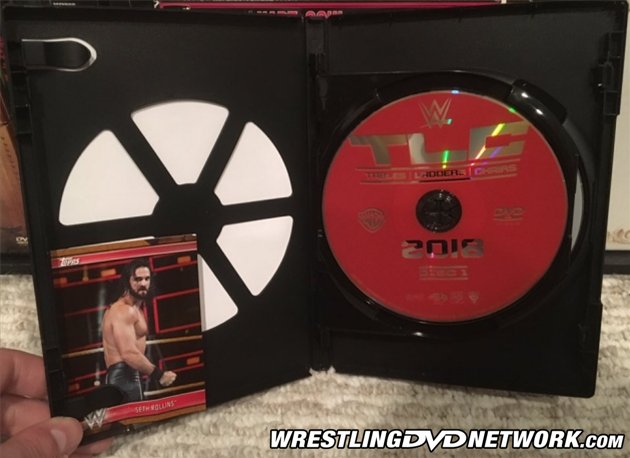 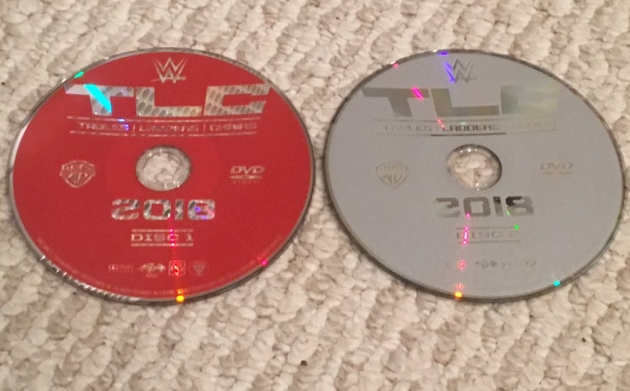 The extras here include a Ladder Match and a Cruiserweight Championship Match from the Kickoff Show, along with a match between Asuka and Charlotte Flair from the SmackDown Live episode leading into TLC – full extras list.

As mentioned, there’s a free trading card inside and this one features Seth Rollins! 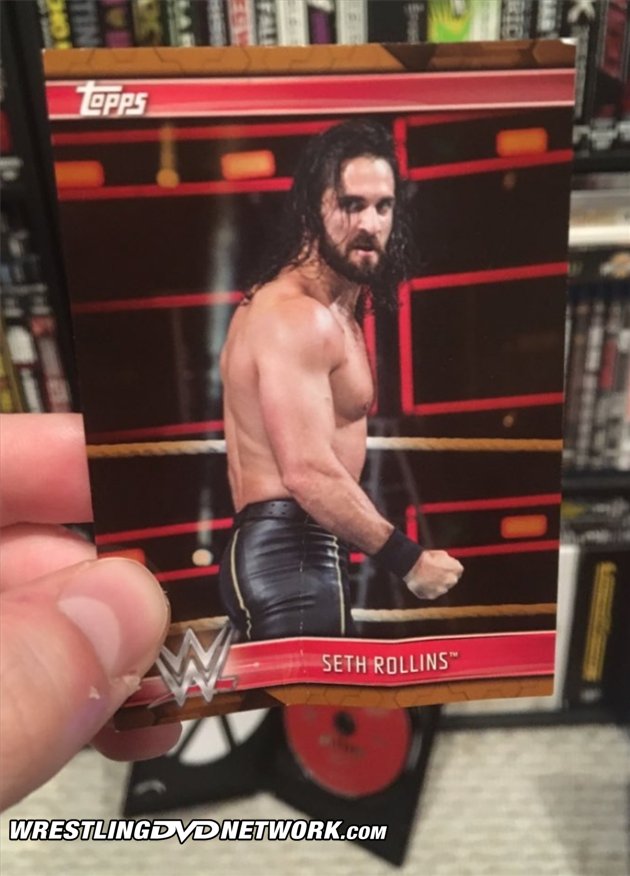 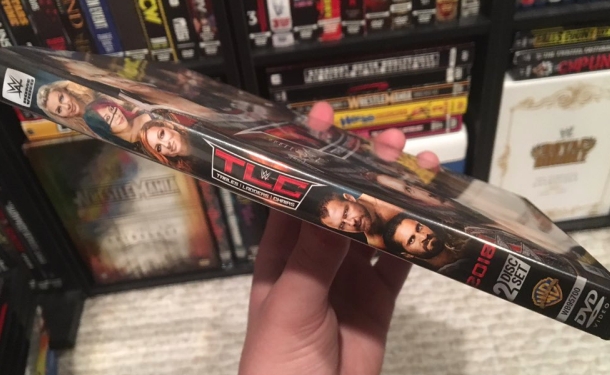