You can get it pre-ordered for only $19.99 by clicking here on Amazon.com.

As mentioned yesterday, a free mini-poster is included inside the packaging. The poster features the image of Ultimate Warrior used as the front cover artwork of the DVD. 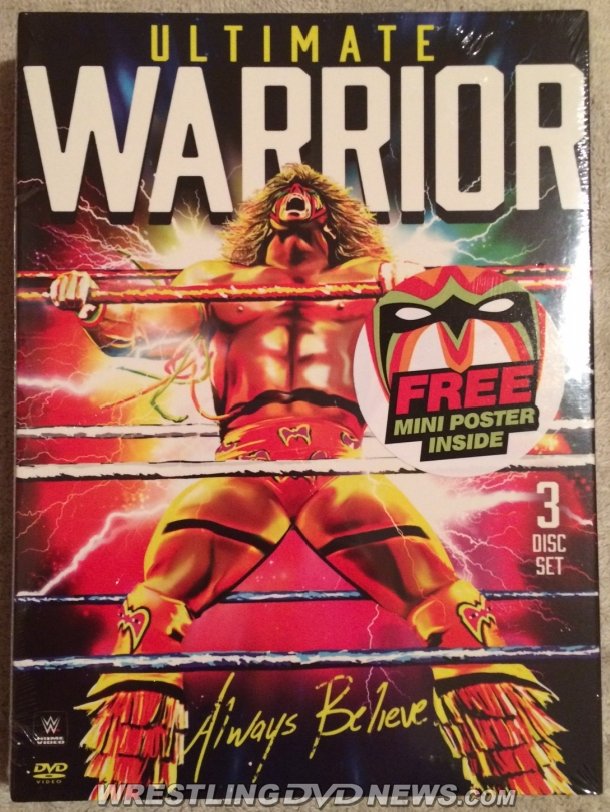 “Ultimate Warrior: Always Believe” packs in an extended version of the WWE Network documentary on Warrior, over 20 matches, over 40 promos/interviews, and more! 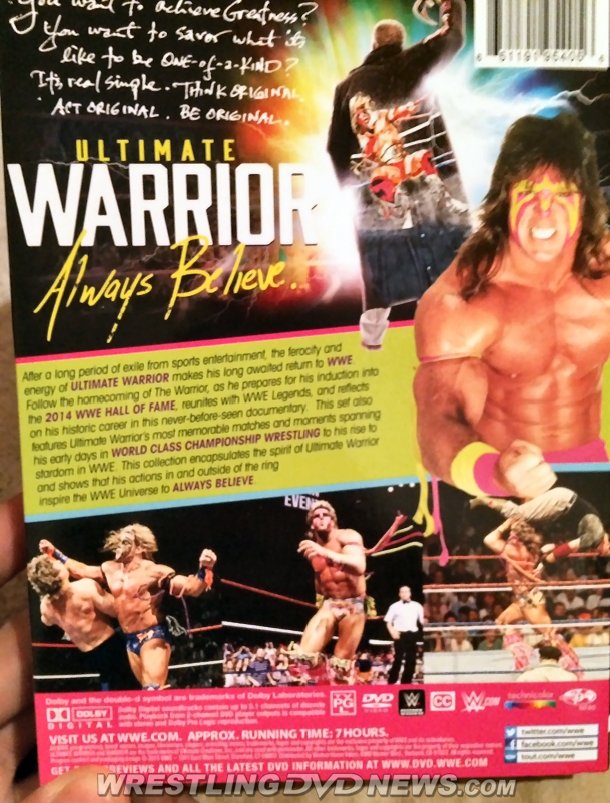 After a long period of exile from Sports Entertainment, the ferocity and energy of ULTIMATE WARRIOR makes his long awaited return to WWE!

Follow the homecoming of The Warrior as he prepares for his induction into the 2014 WWE HALL OF FAME, reunites with WWE Legends and reflects on his historic career in this extended documentary featuring over 30 minutes of never before seen footage!

This 3 Disc set also features Ultimate Warrior’s most memorable matches and moments spanning his early days in WORLD CLASS CHAMPIONSHIP WRESTLING to his rise to stardom in WWE. This collection encapsulates the spirit of Ultimate Warrior and shows that his actions inside and outside of the ring inspire the WWE Universe to ALWAYS BELIEVE! 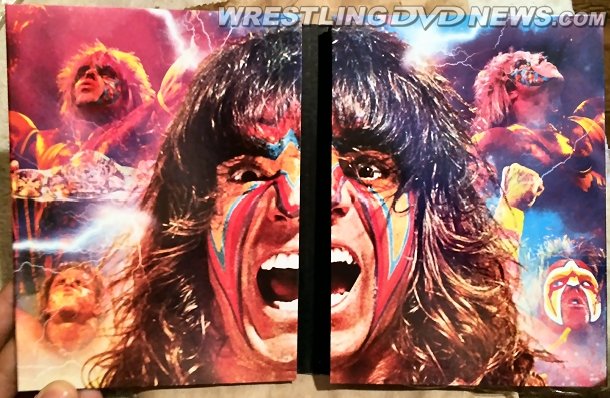 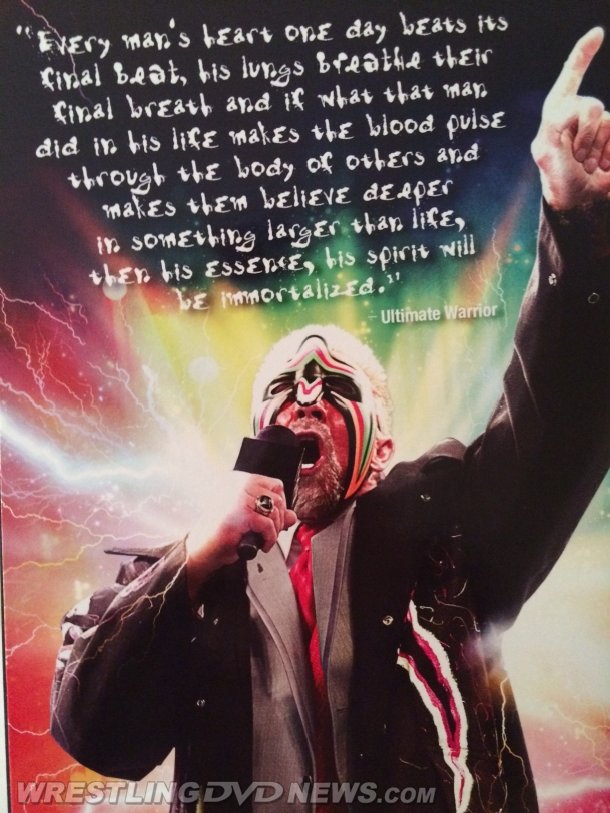 (Over 1 hour and 30 minutes of extras featured on the Blu-ray). 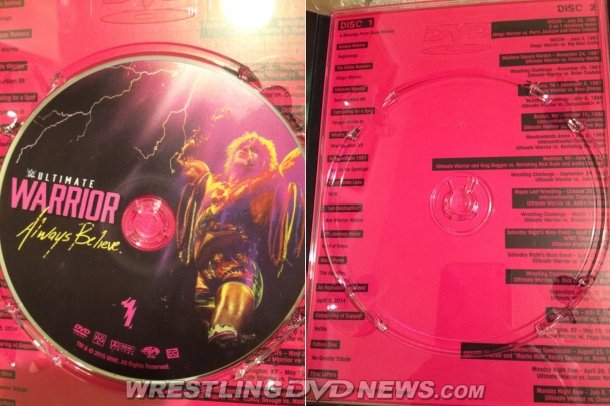 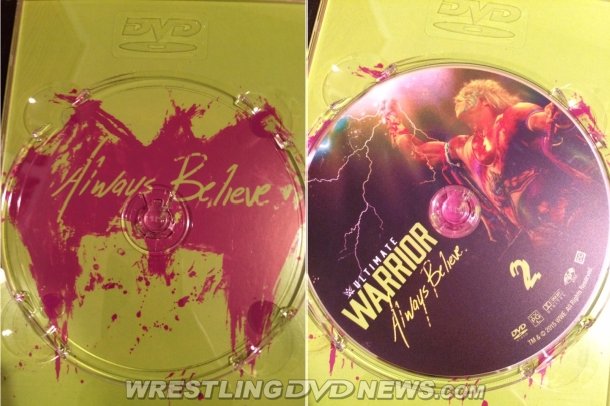 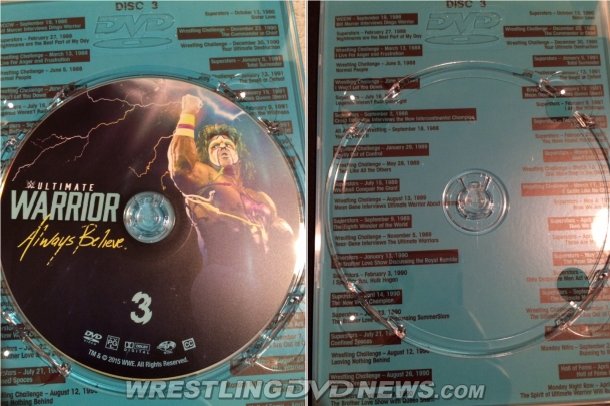 Release Dates of the WWE “Ultimate Warrior: Always Believe” DVD & Blu-ray where you are…