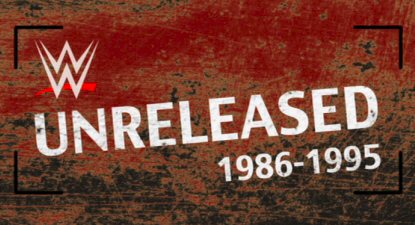 The anticipated 3-disc DVD collection is chock-full of brand new, never-before-seen matches and is due to hit stores next Monday in the United Kingdom (£20.99; Amazon.co.uk) and will follow next Tuesday across the United States ($17.99; Amazon.com).

Sadly that means there’s still one week left to get your hands on it and add it to your DVD shelf, but if the excitement is getting too much you’ll be pleased to see what’s coming next — WrestlingDVDNetwork.com has exclusive first look photos before it’s made available anywhere! 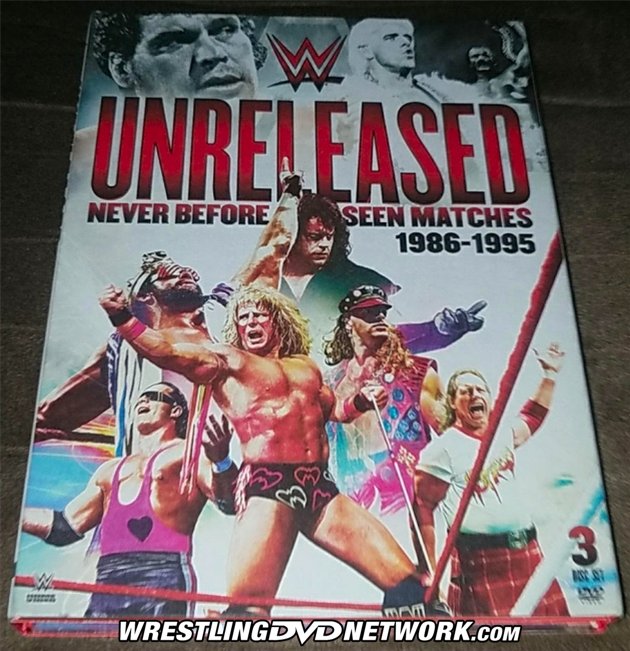 “WWE UNRELEASED 1986-1995” will come packed with 8 hours and 21 minutes of content; that’s made up of a colossal 45 completely unseen and unreleased matches unearthed for the first time!

Those bouts will be joined by a unaired Piper’s Pit segment and not forgetting newly filmed host segments that feature the return of former announcer Sean Mooney. READ THE REVIEW.

This one-of-a-kind set is housed in the Digipak-style packaging with artwork of WWE legends the likes of The Undertaker, Andre the Giant, Bret Hart, Diesel, Mr. Perfect, Yokozuna, Dusty Rhodes, Shawn Michaels, Randy Savage, and Ted DiBiase, along with a full content listing of each dish. Thanks goes out to WDN reader JayJayRock206 for sharing these early pics. 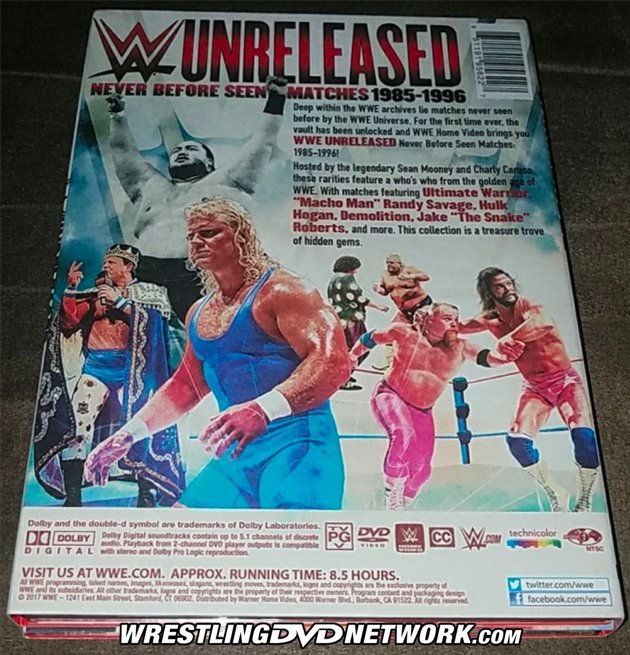 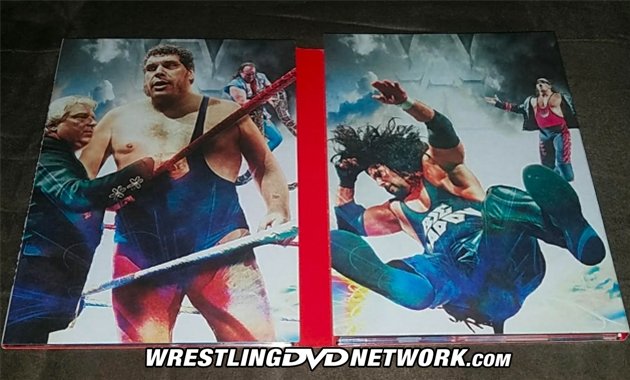 Deep within the WWE archives lie matches never seen before by the WWE Universe. For the first time ever, the vault has been unlocked and WWE Home Video brings you WWE Unreleased Never Before Seen Matches: 1986-1995!

Hosted by the legendary Sean Mooney and Charly Caruso, these rarities feature a who’s who from the golden age of WWE. With matches featuring Ultimate Warrior, “Macho Man” Randy Savage, Hulk Hogan, Demolition, Jake “The Snake” Roberts, and more. This collection is a treasure trove of hidden gems. 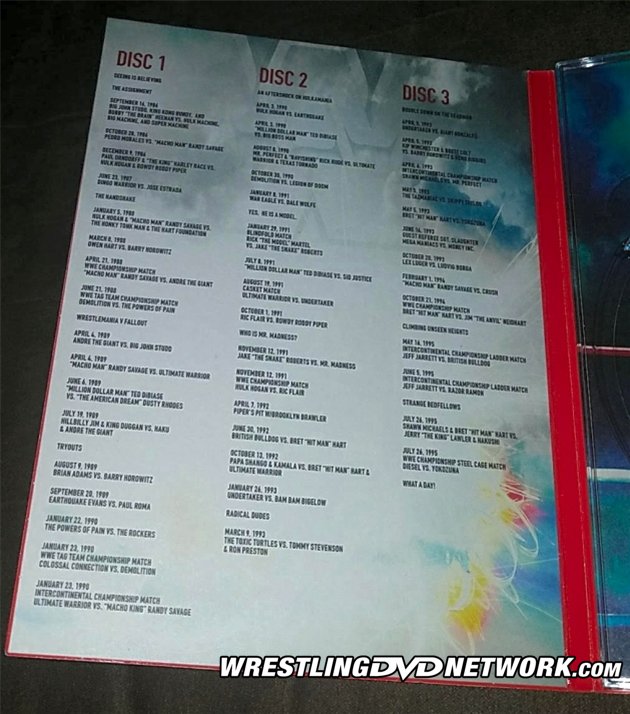 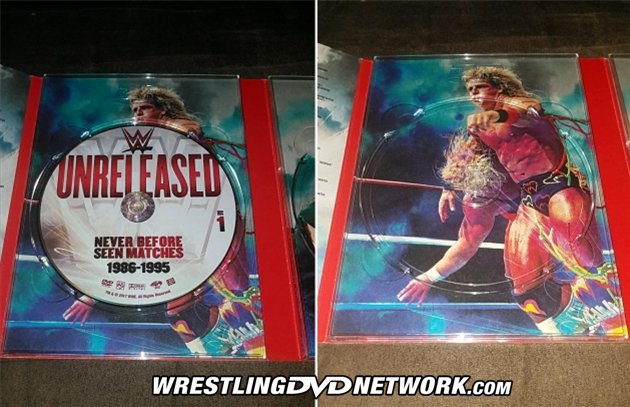 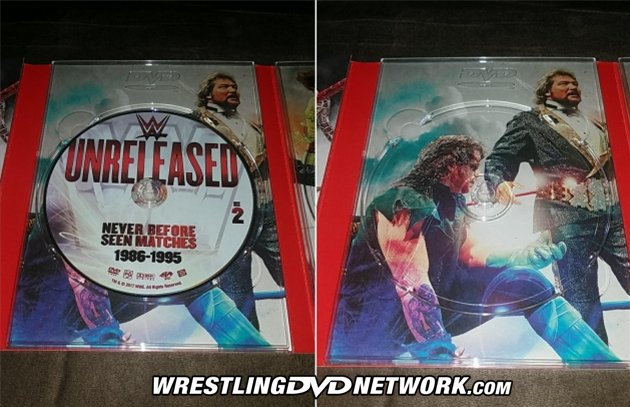 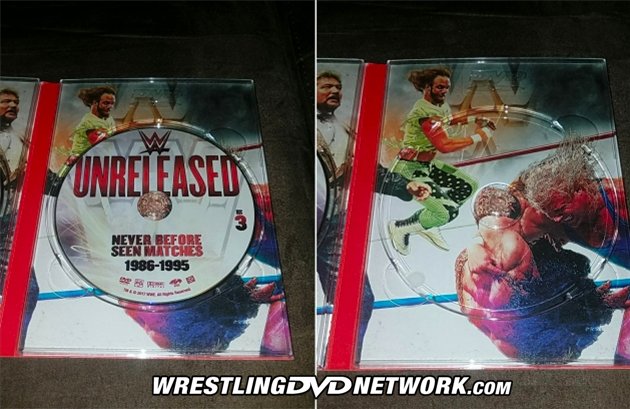 – UK/Europe: Next Monday! Get the WWE Unreleased DVD right now here on Amazon.co.uk.

– United States: Next Tuesday! Get the WWE Unreleased DVD now here on Amazon.com. 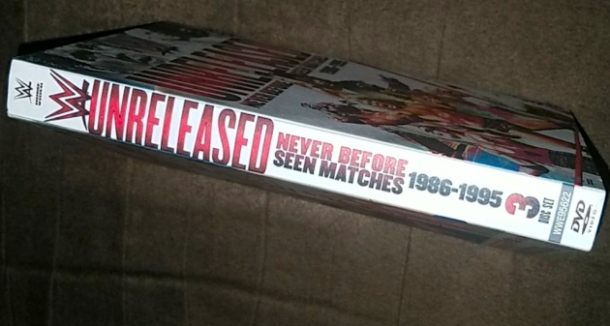