There’s been a price drop on WWE WrestleMania 28 (released tomorrow to the United States) at Amazon, with the DVD down to $16.99, and the Blu-ray version to $19.99. Take advantage of that over at http://amzn.to/JKWFch.

A previously unlisted extra feature is present on the Blu-ray edition. It’s called “Best in the World” and contains the CM Punk/Chris Jericho segment from February 27th, 2012 edition of Raw. It’s full and runs 12 minutes 8 seconds.

Thanks to chAdRAp, here’s a video look at the WM28 Blu-ray.

Below are photos of the packaging design on the WrestleMania 28 DVD in Australia, which is almost identical to the US release. Thanks to JoeyWWEfan for passing these along. 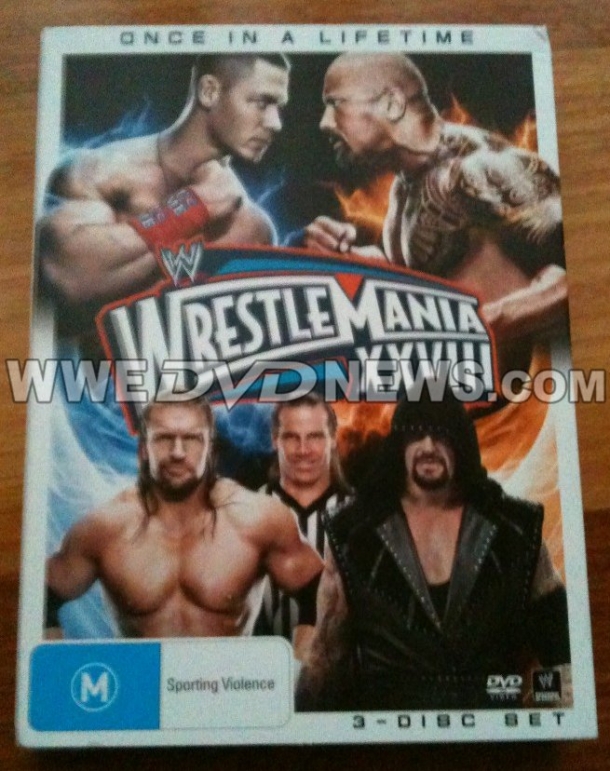 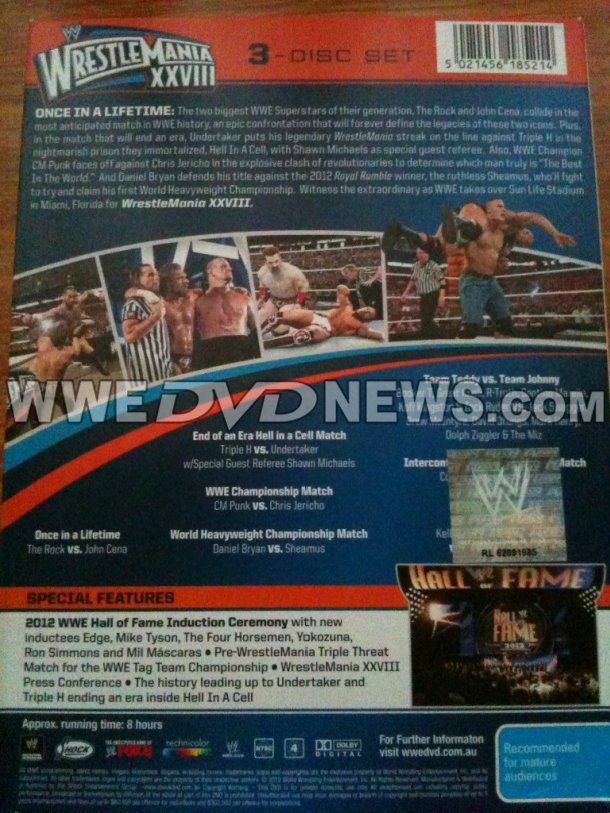 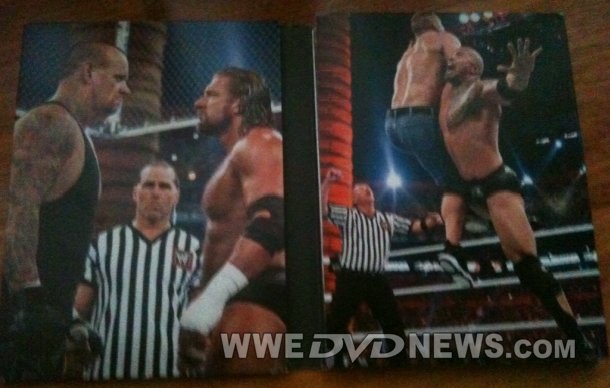 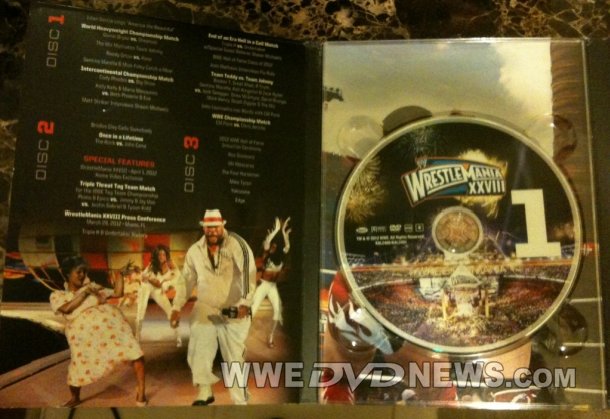 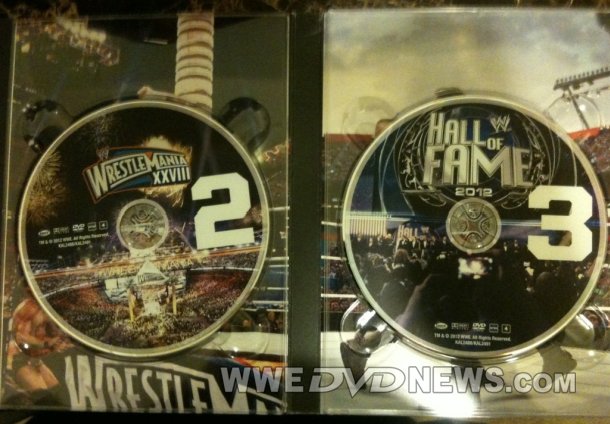 With Best Buy’s “Upgrade and Save” promo you can get the WM28 Blu-ray for just $14.99. That’s turning in any commercially made DVD to get a $5 off coupon to use on any Blu-ray over $9.99. Thanks to ZT Johnson for passing that info on.