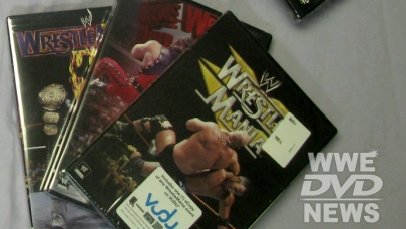 Thanks to WWEDVDNews readers Jamie Gilbert and Matthew Periolat, here’s an exclusive first look at the full artwork on the new WrestleMania 1-15 DVD re-releases.

These are officially released tomorrow to the United States and Canada. You can pre-order them online from Amazon by clicking here, or check Walmart stores. 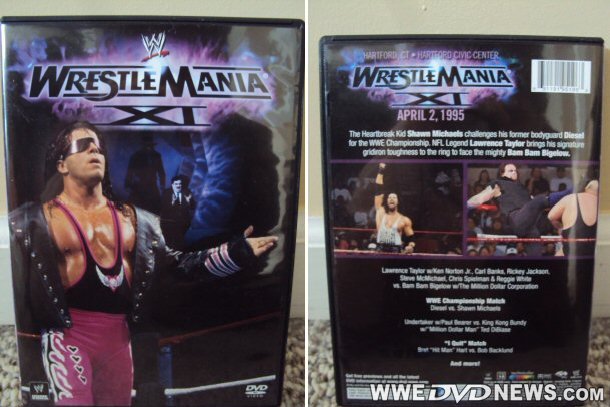 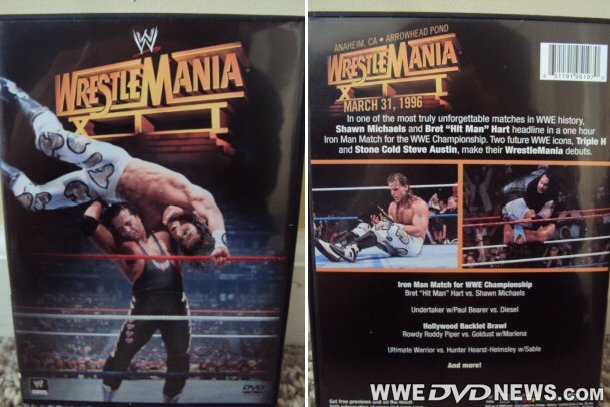 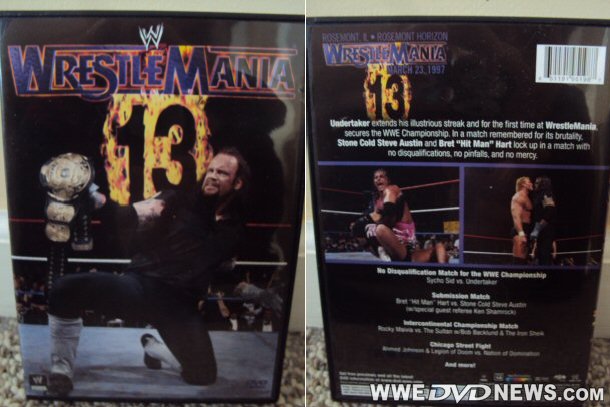 Undertaker extends his illustrious streak and for the first time at WrestleMania, secures the WWE Championship. In a match remembered for its brutality, Stone Cold Steve Austin and Bret ‘Hit Man’ Hart lock up in a match with no disqualifications, no pinfalls, and no mercy. 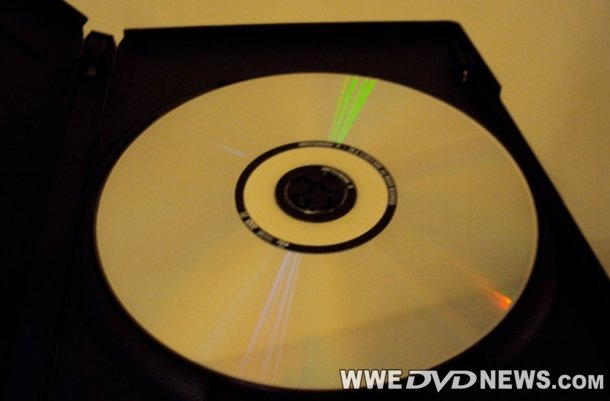 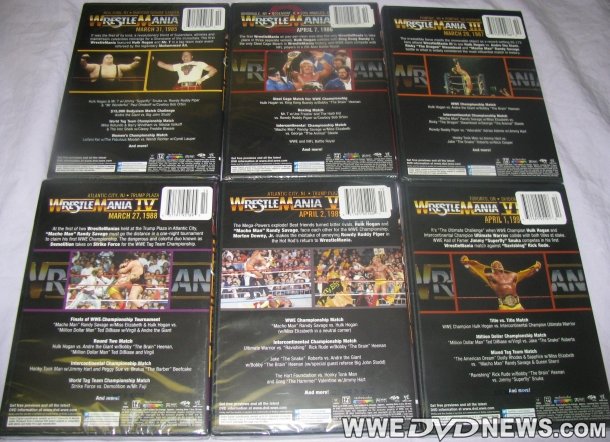 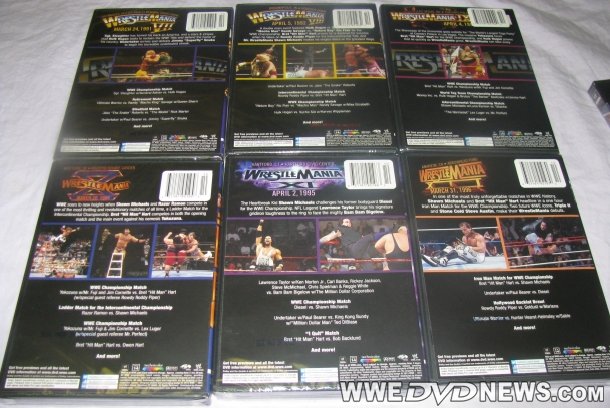 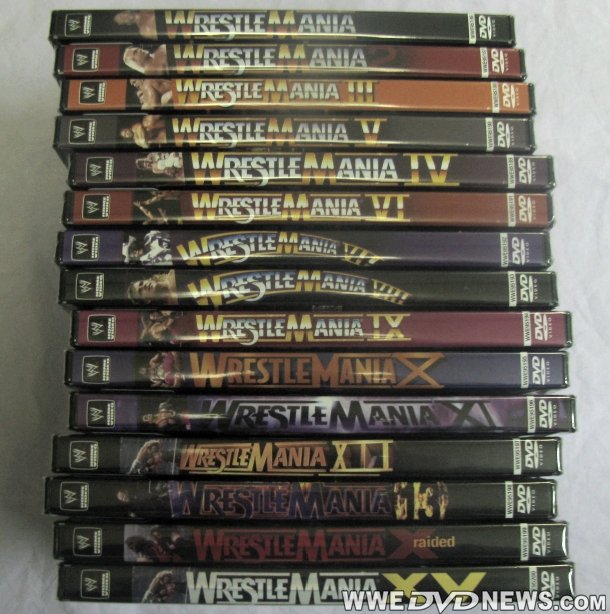 For collectors overseas who may want to get hold of these releases, this eBay listing

has gone up which contains the full WrestleMania 1-15 DVD package and has international shipping available. Pricey, but one way to do it.