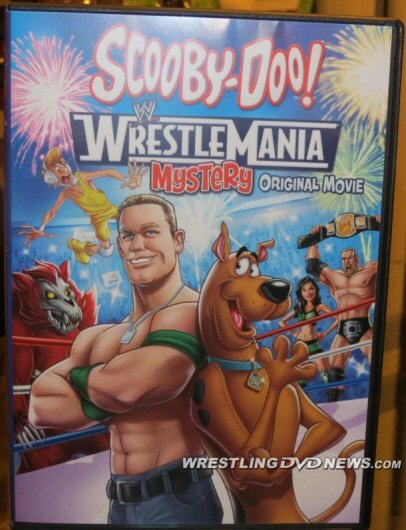 Thanks goes out to WDN reader Scott Haggard for sharing these photos of soon-to-be-released (but already in Walmart stores) “Scooby-Doo: WrestleMania Mystery” DVD!

Officially, this WWE Studios/Warner Bros. animated movie is coming on March 25th on DVD and Blu-ray formats. You can order a copy of your own through Amazon by clicking here. 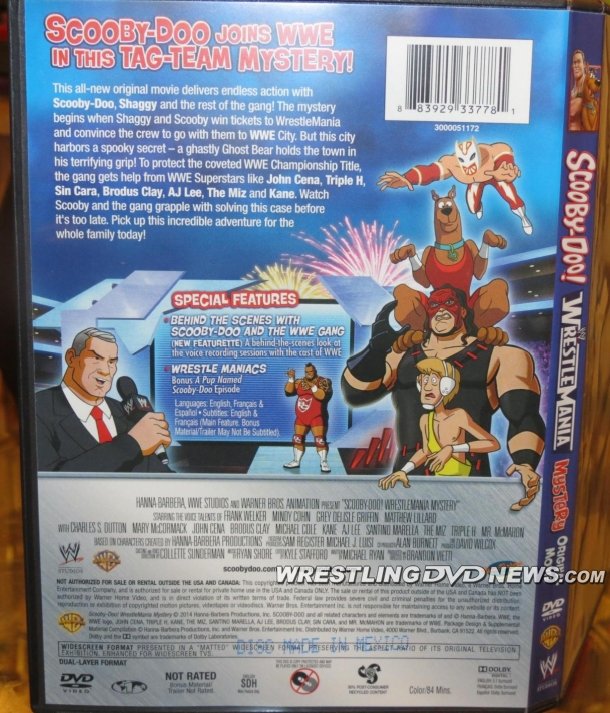 Also on here are two extras – a behind the scenes look at the WWE voice recording sessions, and a bonus episode called “A Pup Named Scooby-Doo”. 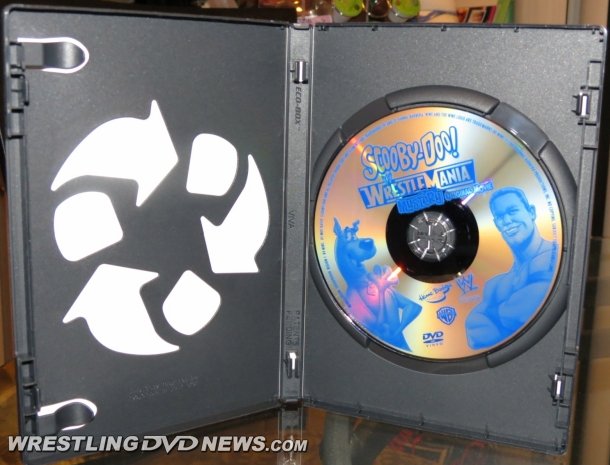 Last week the “Road to WrestleMania” WWE DVD sales began at participating Walmart stores across the United States. Since our first article on that we’ve been able to put together what looks to be a full list of the new DVD packs included in the sale, as shown below. These are the special double packs and ones with a free WWE T-Shirt.

WDN readers Mike, Ethan, Kim, Rick, Ashley and others helped out with pics and info! 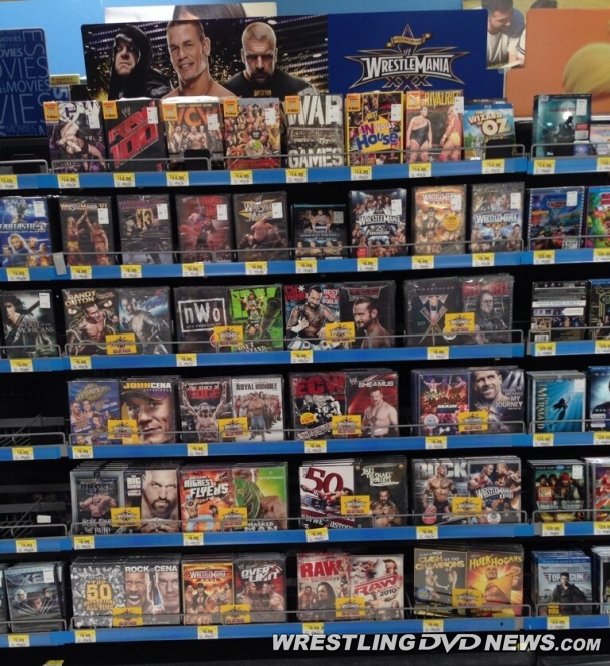 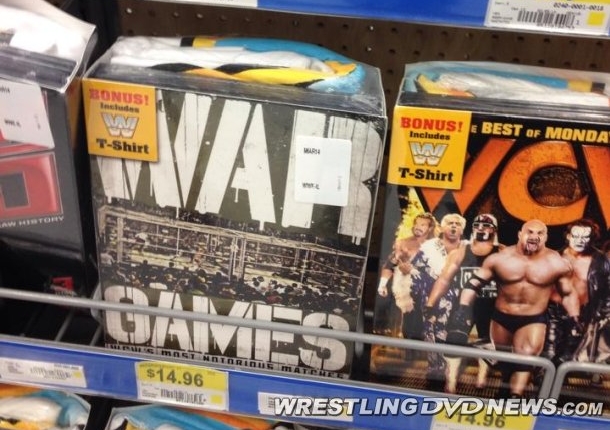 Look out for these three rare WWF Divas DVDs finishing up on eBay today!

WWE Apply To Trademark The Term “Take Off To Takeover”