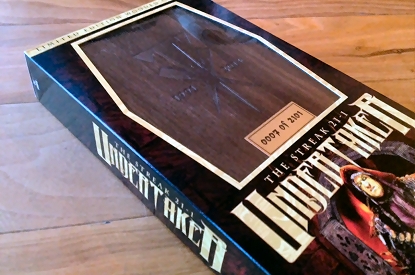 The eerie, yet spectacular looking “Undertaker: The Streak 21-1 (R.I.P Edition)” WWE DVD coffin is incoming for release to fans across the United States next Tuesday! So, we here at WrestlingDVDNetwork.com think it’s time everyone got an exclusive closer look…

Right now the pre-order price demanded for the box set is $49.97 here on Amazon.com 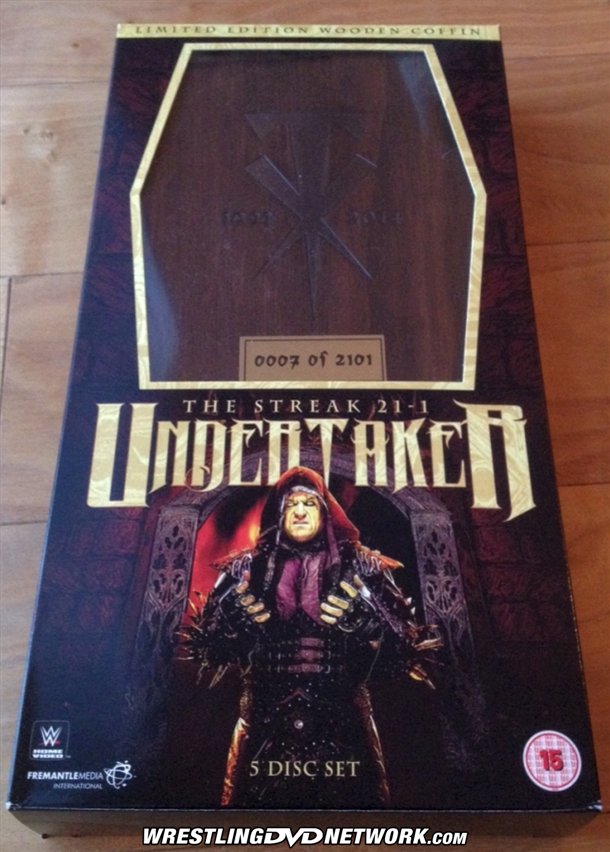 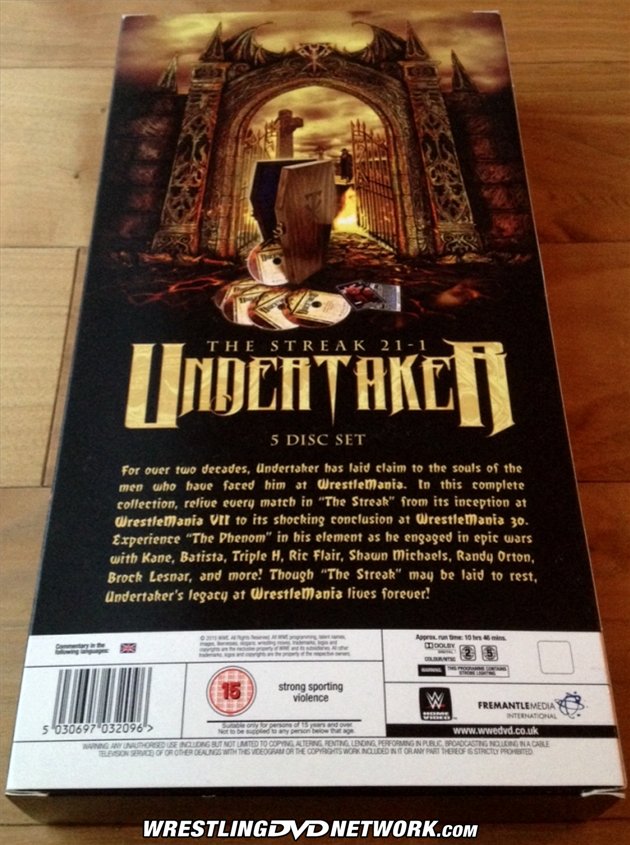 A latch and fold-out mechanism opens the wooden, coffin-shaped box set to reveal the 5 discs of the “Undertaker: The Streak 21-1” DVD, held in purple lining, accompanied by a trading card.

The box set is confirmed to be a limited edition release worldwide. As you can see, 2101 of them have been produced for the UK and European market. Just 666 coffins are being offered in the United States according to official synopses hyping up the DVD in recent weeks, while there has not yet been any indication of the number of units being made available to Australia. 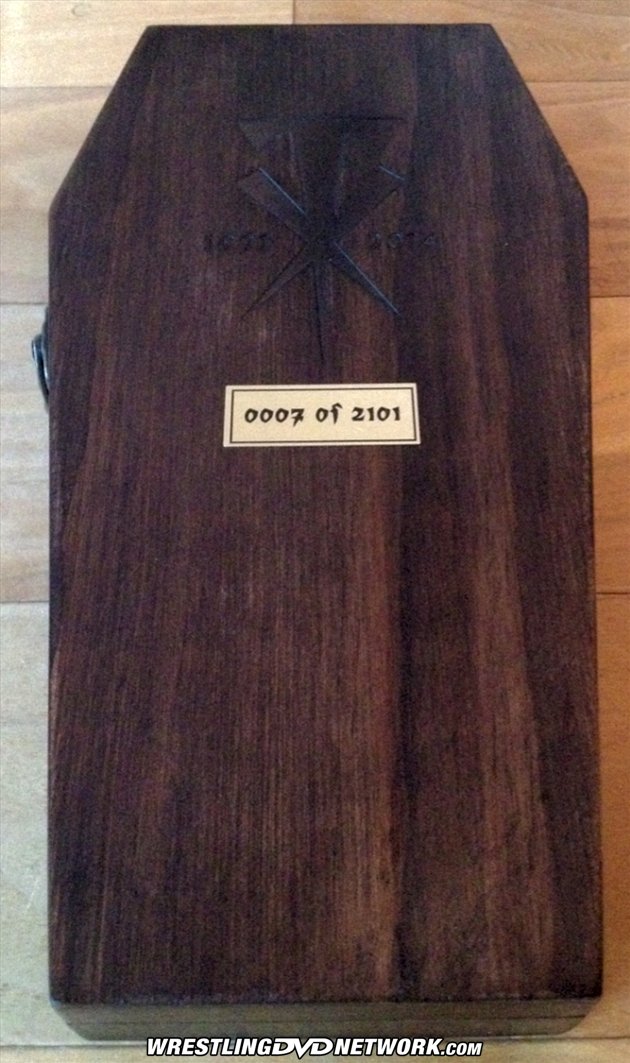 Experience “The Phenom” in his element as he engaged in epic wars with Kane, Batista, Triple H, Ric Flair, Shawn Michaels, Randy Orton, Brock Lesnar, and more! Though “The Streak” may be laid to rest, Undertaker’s legacy at WrestleMania lives forever! 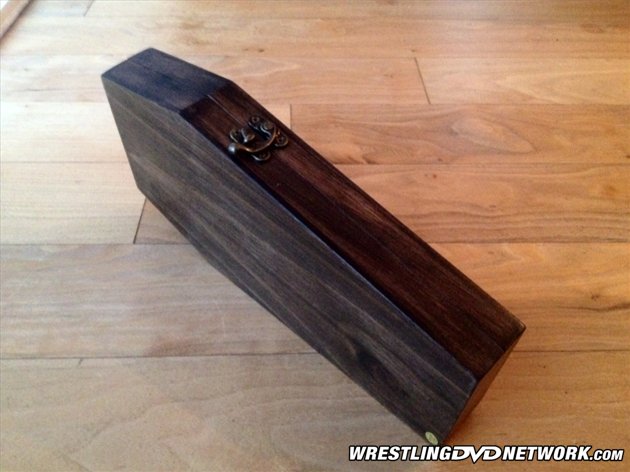 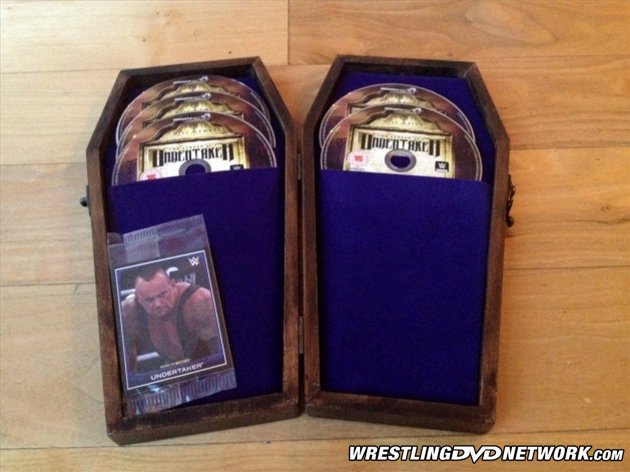 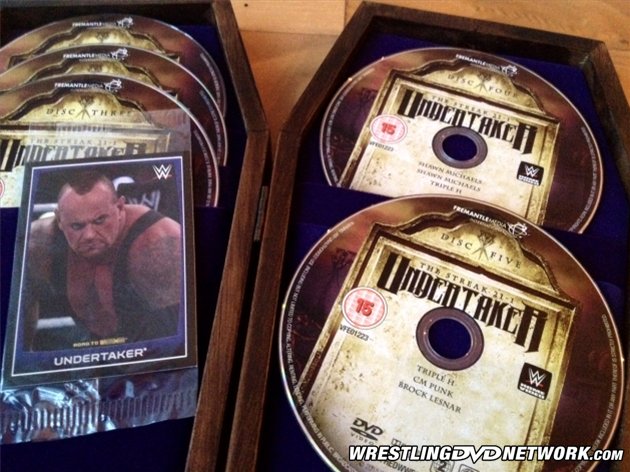 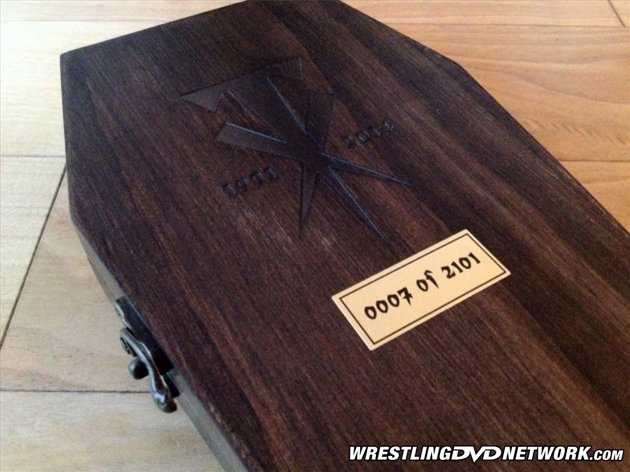 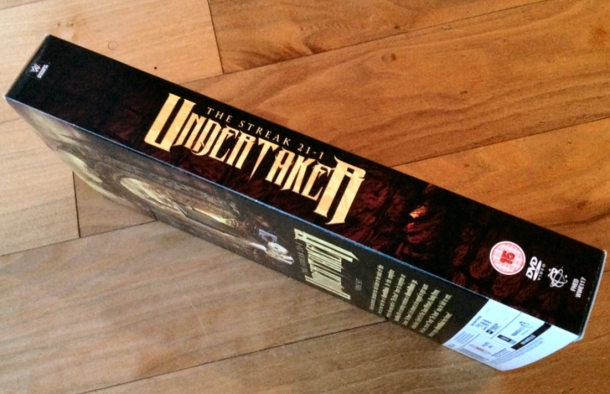