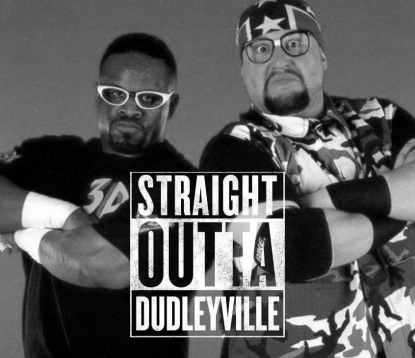 Today, WrestlingDVDNetwork.com can exclusively reveal the name that WWE has planned for the 2016 Home Video release on the Dudley Boyz and its first confirmed release date!

First up, “Straight Outta Dudleyville: The Legacy of the Dudley Boyz” will be the title of the new DVD set, according to what we’re seeing on official schedules as of this month.

The first release date scheduled is Monday, April 11th, 2016 when the collection will hit stores in the United Kingdom, so expect the release date to the United States to fall in the same month.

It’s coming on both DVD and Blu-ray formats worldwide. A documentary is confirmed!

Below is a new cover shot for another WWE DVD out next year – “Best PPV Matches 2015”.

This title will be the first 3 disc compilation released in 2016, available to fans across the United States from January 19th. Pre-order in time for then by clicking here to Amazon.com. 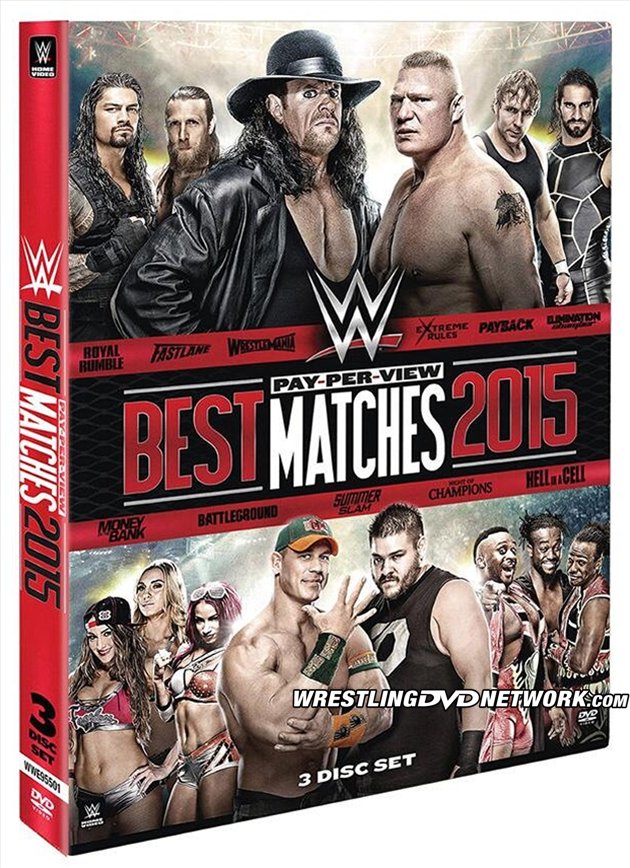 And here’s new box art for the Survivor Series 2015 DVD, featuring The Undertaker!

This one will be the last WWE DVD released this year and will be available to fans across the United States in 2 week’s time. Pre-order in time for then by clicking here to Amazon.com. 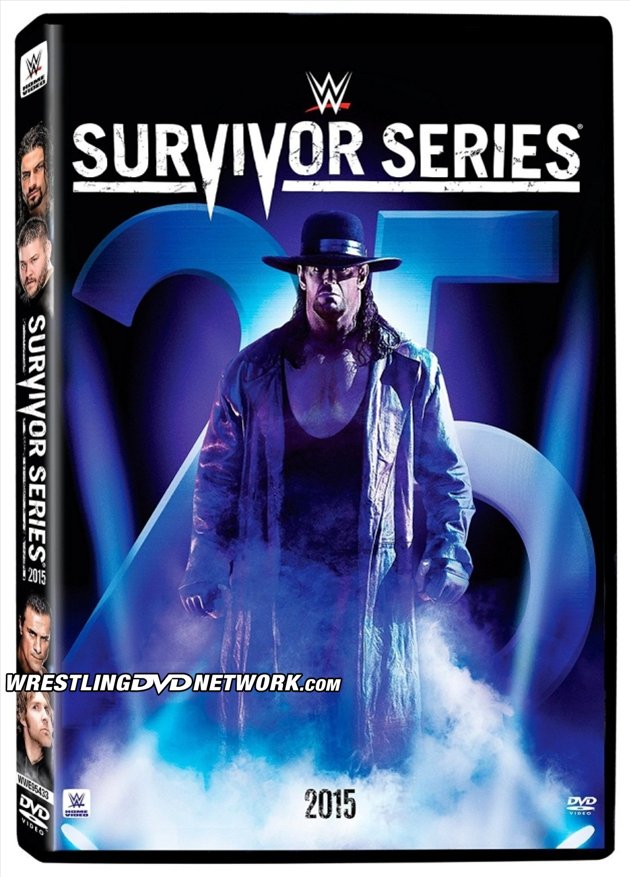 Don’t forget to take advantage of WWEShop.com promo code “CHEER” for 30% off any order – the code will expire at midnight tonight and when it’s gone, it’s gone!

As we’ve mentioned, using the code with the brand new Owen Hart DVD, the price drops to just $13.99 and the Blu-ray to only $17.49. When buying multiple items at once the shipping stays a flat-rate $6.99 or $9.99 so it’s worth stocking up. Click here to head to WWEShop.com now. 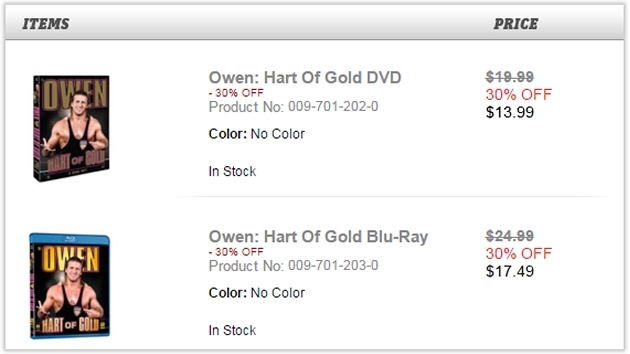 RARE STUFF: Here’s one to look out for – this complete collection of the 12 tricky-to-find WWF “Attitude Collection” DVDs is up for grabs on eBay this weekend! Link below. 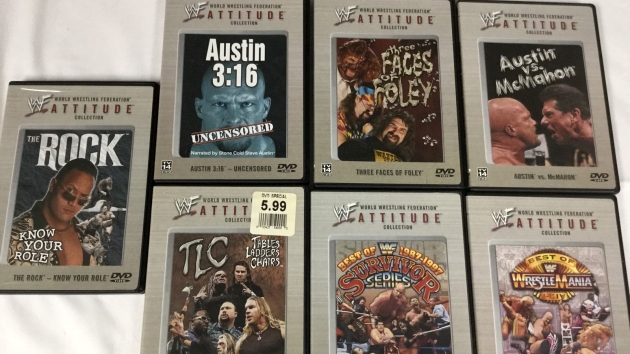 That’s joined by all of these WWF DVD rarities being auctioned off individually: