Let’s kick off a brand new giveaway for February!

To celebrate “Signature Sounds: The Music of the WWE” releasing on DVD next month (more info) we’re giving away 2 musical themed wrestling DVDs. There will be one winner chosen and all you’ve got to do is get involved before this coming Monday.

Jimmy Hart: Keep on Rockin’ DVD
– Hart is interviewed about writing music for Memphis Wrestling, WCW, WWE, and more! Look out for unique performances of songs he wrote including “Sexy Boy”. 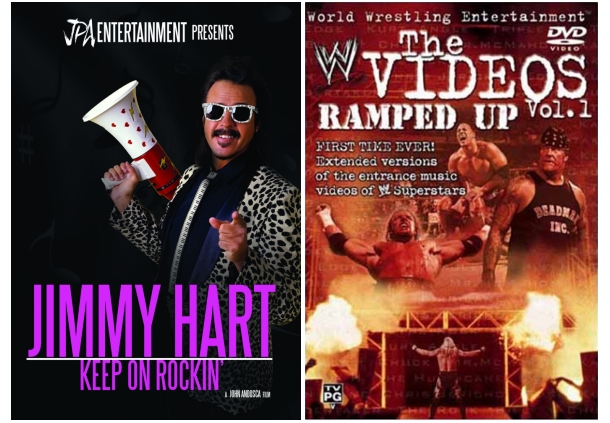 Leave a comment below this article stating your favorite entrance theme in wrestling history!

Just for fun and discussion – the winner of the giveaway will be chosen completely at random. Make sure to use your real email address so we have a means of contacting you should you be our selected winner. Your email address will not be displayed with comments.

· Entries close on February 10th, 2014.
· Strictly one entry per person (this will be checked).
· Only real email addresses will be eligible.
· Single winner chosen at random from all entries.
· Worldwide entry is allowed.

WrestlingDVDNews.com has this week learned of several planned WWE DVD and Blu-ray sales expected to hit stores across the United States on the road to WrestleMania 30. All of the details we know are listed below and are subject to change.

Walmart:
Expected is a dedicated “Road to WrestleMania 30” section containing 40 to 50 WWE DVD titles such as Walmart exclusive 2-packs and top sellers of 2013.

There may be a pre-purchase WrestleMania 30 offer coming whereby orders of the DVD/Blu-ray receive a VUDU instant download of 1 WrestleMania event of the customer’s choice, an e-copy of WrestleMania 30 when available, along with the physical copy ordered.

FYE/Trans World:
An estimated 24-36 WWE titles could be on sale and include a free gift with purchase. The gift is planned to be a Daniel Bryan “YES, YES, YES” foam finger.

In addition to that, customers who buy $30+ worth of WWE products can receive $10 toward a Trans World gift card, or receive a $5 coupon off the price of the WM30 DVD/Blu-ray.

Target:
A WrestleMania themed toy/apparel/DVD sale promotion looks to be in the works. On top of that, a possible Target Exclusive WrestleMania 30 DVD could be coming.

K-Mart, Toys ‘R Us, Others:
Expect to see similar themed sales in other stores and free gifts with WWE buys.

Coming soon here on WDN is “March Mania“. It will start with almost 400 WWE DVDs and will end with just 1, as you decide the greatest WWE DVD of all time!

Look out for voting opportunities beginning this month. 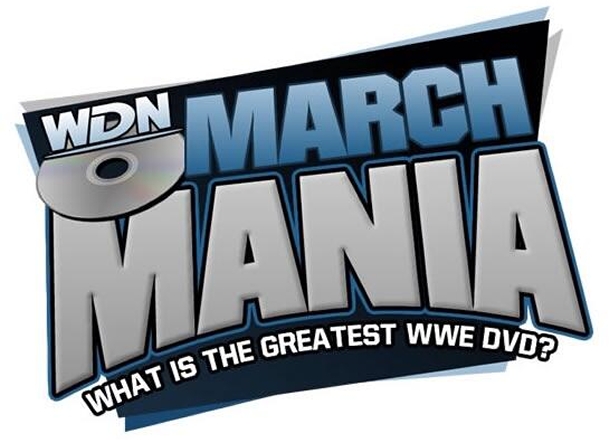 UK UPDATES: Below is the confirmed artwork for the Royal Rumble 2014 DVD and Blu-ray releasing to Europe in April and available to pre-order now here at WWEDVD.co.uk. 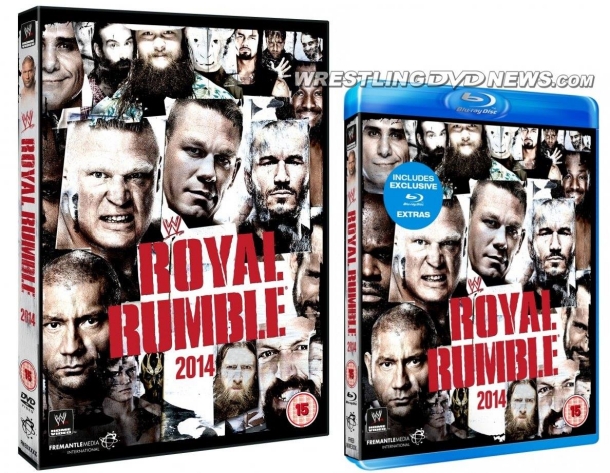 Before then, “The Best of RAW & Smackdown 2013” will be released on DVD and Blu-ray to UK/Europe on March 3rd. This one is hosted by Josh Mathews. 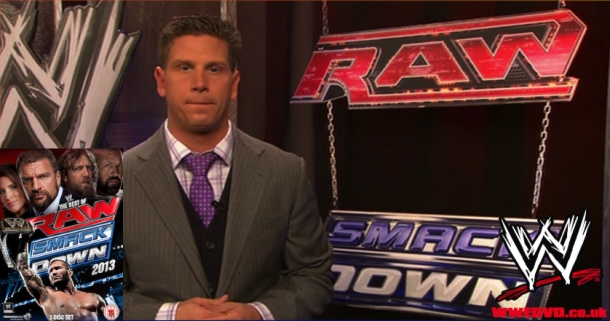 Also for UK fans, a noteworthy eBay listing has popped up today for all 4 WWE Anthology box sets – WrestleMania, Royal Rumble, SummerSlam and Survivor Series. It has a ‘Buy It Now’ price of £299.99 with ‘Best Offers’ also available. Link to sale here. 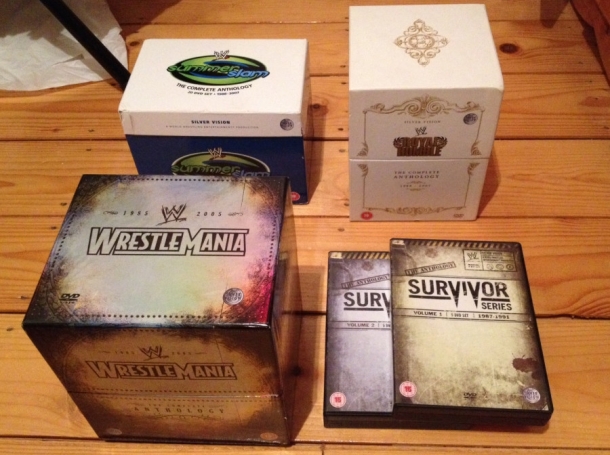