With thanks to Gerald Orr, we can now bring you a first look at WWE’s CM Punk: Best in the World 3-Disc DVD with these pre-release photos!

The DVD and Blu-ray is released in the US on October 9, pre-order yours here. 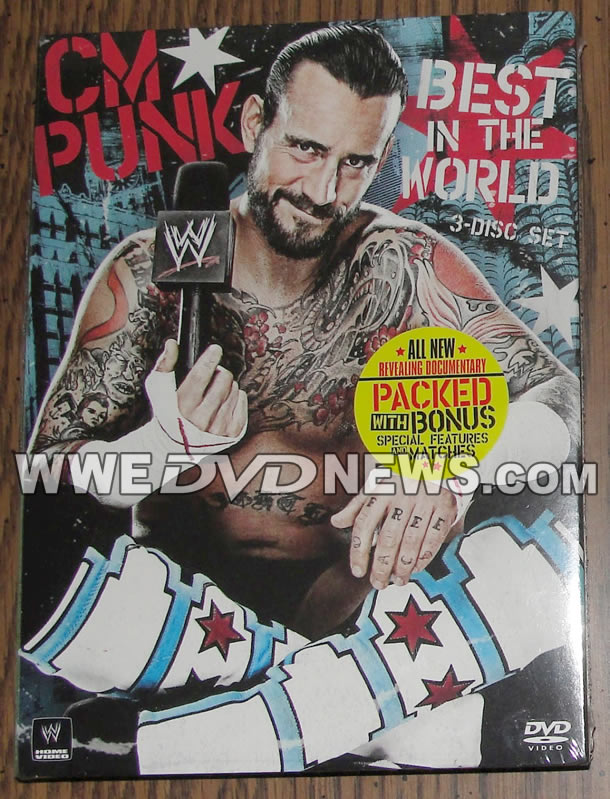 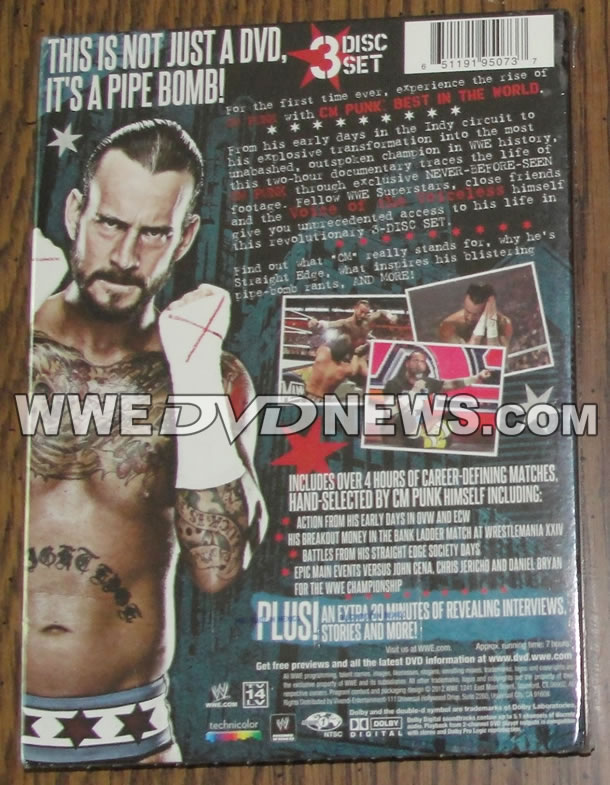 On June 27, 2011, CM Punk forever altered the course of WWE history with a blistering rant, proclaiming, “Day in and day out for almost 6 years I have proven to everybody in the world that I am the best… on this microphone, in that ring, even on commentary. Nobody can touch me!”. Since riding into the scene as an extra in John Cena’s entrance at WrestleMania 22 to defending the WWE Title in main events all over the world in recent years, the “Voice of the Voiceless” has backed up that statement.

Now, WWE fans get an unprecedented look inside the life and career of the most controversial Superstar of this generation. The first ever documentary to focus on CM Punk traces his rise to the top of WWE, from this early success on ECW, his divisive perpetuating of the Straight Edge Subculture, to becoming internationally revered as the best wrestler in the world, and all the 5 star matches and verbal “pipe bombs” in between. Packed with new interviews and commentary from Punk himself, as he takes the viewer inside his day-to-day life. Plus relive the signature matches that have punctuated his WWE career and vaulted him into the championship spotlight! 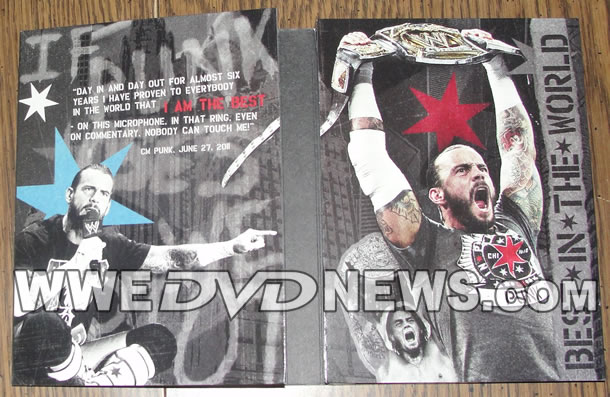 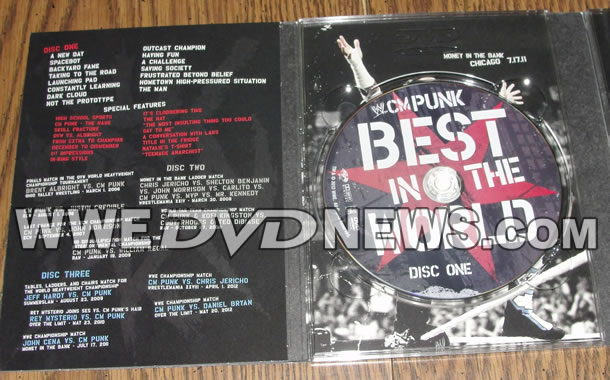 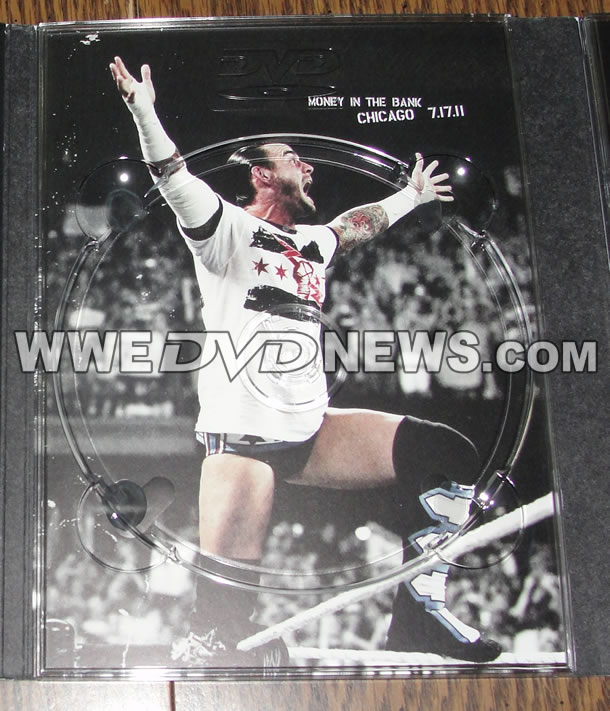 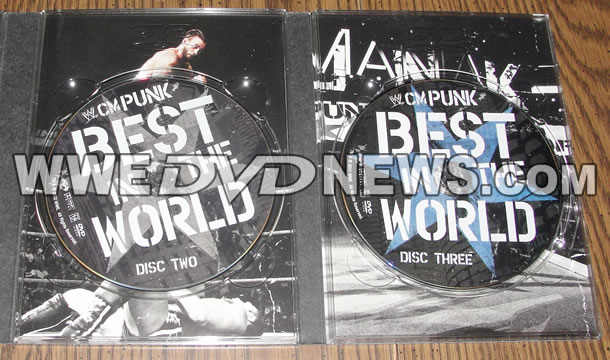 – It’s released to the UK and Europe in October at Silvervision.co.uk, and also in October to Australia when getting your order in at WWEDVD.com.au.