Exclusive: Pre-Release Photos of WWE ‘STING: Into The Light’ DVD – Out Next Week!

We’re now just 8 DAYS away from the “Sting: Into The Light” documentary… so, exclusively here at WrestlingDVDNetwork.com, get a very first look at the DVD before its release!

Right now you can get your hands on a copy for only $17.99 here on Amazon.com

Alternatively, grab it from the official source here on WWEShop.com. Heads up, hidden WWEShop promo code “FREESHIP” gives free shipping on orders of $25+ today only! 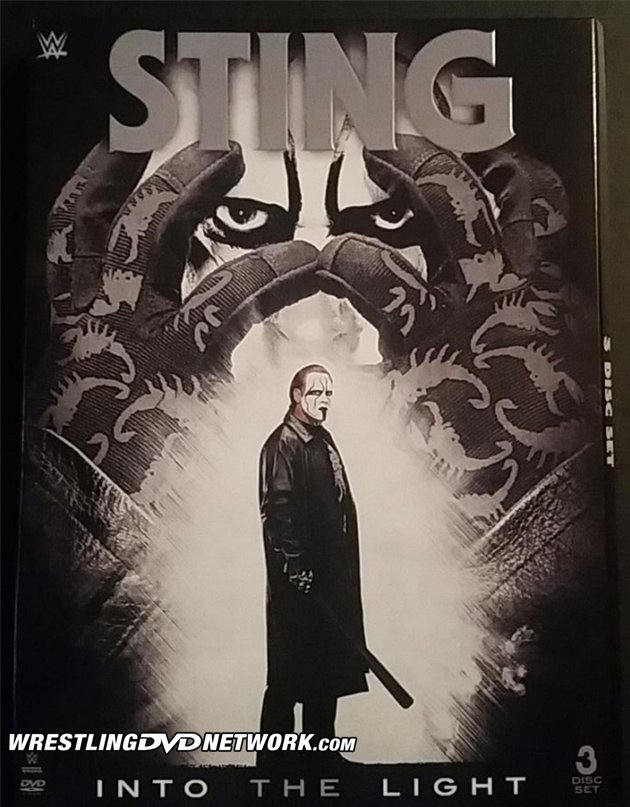 WWE’s hotly-anticipated “Sting: Into The Light” DVD will feature a documentary main feature, a bunch of “story extras” to go with it, 15 career-spanning matches, and additional segments on top.

The Blu-ray edition will pack in all of that, plus even more matches and moments!

A special thanks to WDN reader “JayJayRock206” for sharing these photos. 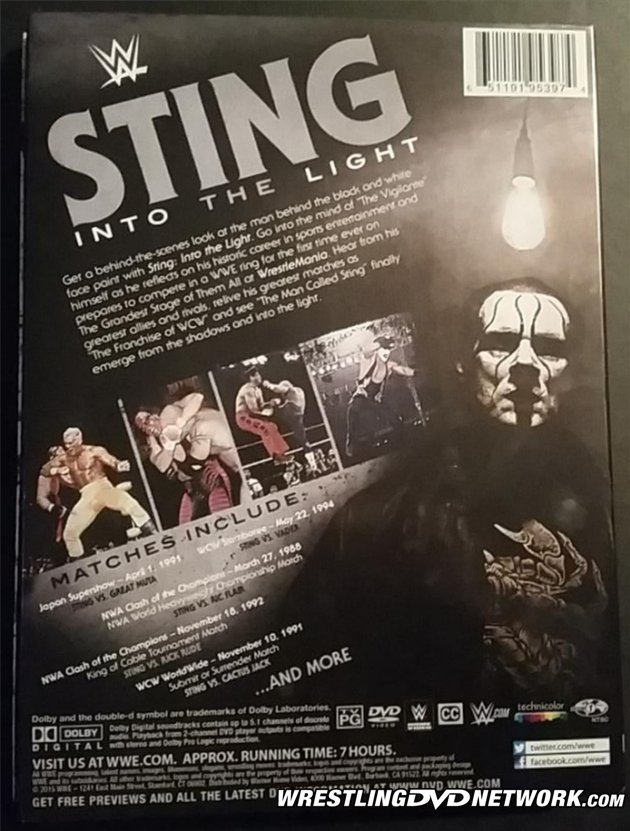 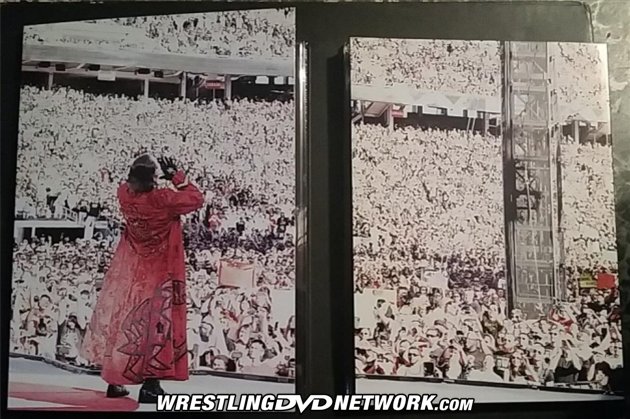 Get a behind-the-scenes look at the man behind the black and white face paint with Sting: Into The Light.

Go into the mind of “The Vigilante” himself as he prepares to compete in a WWE ring for the first time ever, on the Grandest Stage of Them All at WrestleMania.

Hear from his greatest allies and rivals, relive his greatest matches as “The Franchise of WCW” and see “The Man Called Sting” finally emerge from the shadows and into the light. 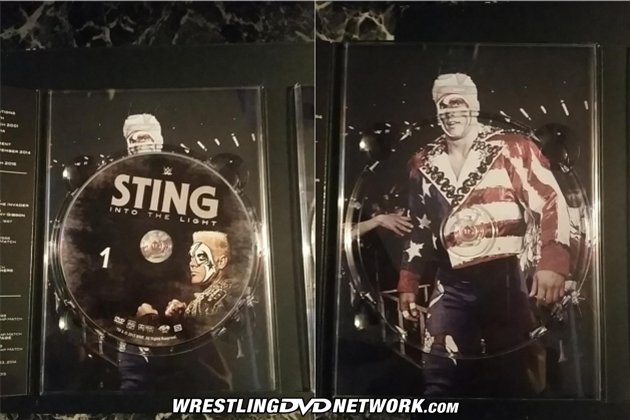 Expect to find just over 7 hours of footage on the DVD version.

(Extras take the total runtime of the Blu-ray edition up to approx. 8 hours and 24 minutes). 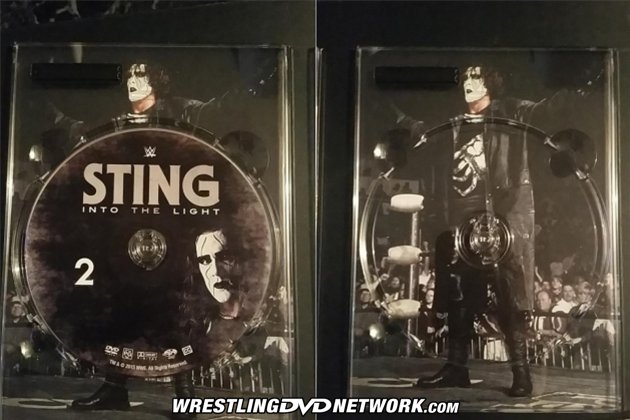 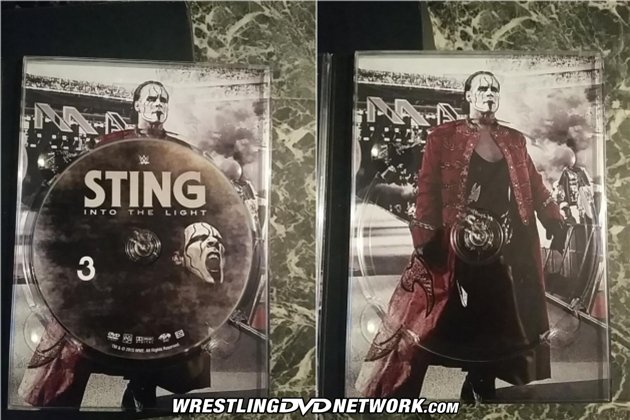 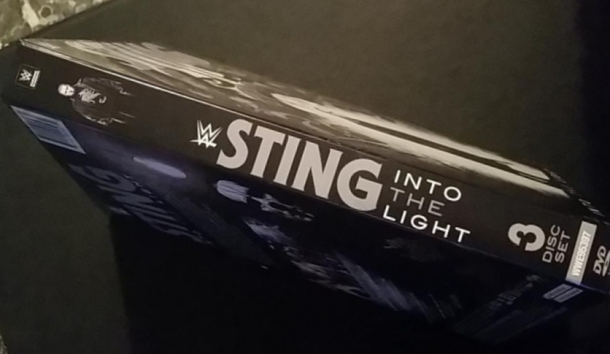 – Australia: Out Wednesday! Get your Sting DVD/Blu-ray from WWEDVD.com.au.

– USA: Out next Tuesday! Get your Sting DVD/Blu-ray here on Amazon.com.