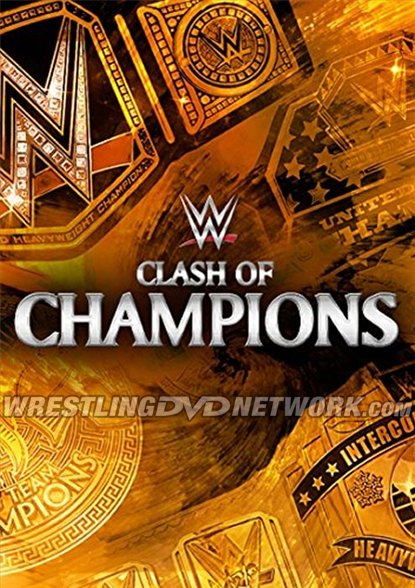 For those asking, last Sunday’s Clash of Champions 2016 will indeed make it to Home Video.

You may recall the news last month that other “brand split” PPVs – namely the Backlash and No Mercy events presented by SmackDown – are not scheduled, but in this case the new PPV replaced an existing one in Night of Champions which was already planned for a DVD release.

The Clash of the Champions DVD will hit US stores on November 1st. Fans in the United Kingdom will get it shortly after on November 21st along with a Blu-ray edition that’s exclusive to Europe.

Expect to see the temporary cover artwork (above) updated soon and any extras confirmed.

Speaking of PPVs, we’re exactly 1 week away from the next WWE DVD – SummerSlam 2016!

Be sure to add the 2 disc DVD to your collection by clicking here to Amazon.com. And heads up – the Blu-ray edition is right now priced lower ($15) than the DVD. Grab your copy here. 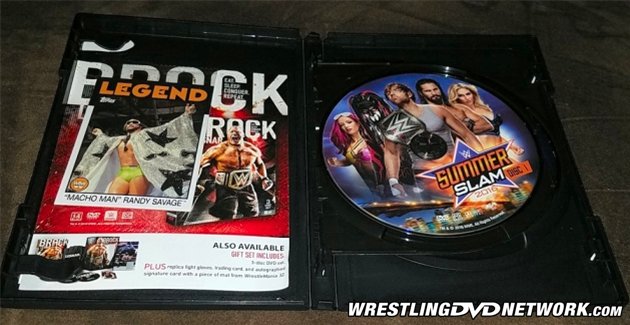 As you’ll know by now SummerSlam 2016 was headlined by Brock Lesnar vs. Randy Orton, Finn Bálor vs. Seth Rollins for the WWE Universal Championship, Dolph Ziggler vs. Dean Ambrose for the WWE World Championship and, arguably the show-stealer, AJ Styles vs. John Cena.

The free gift to be included inside the DVD packaging is a Topps “Legend” trading card featuring “Macho Man” Randy Savage. Thanks to WDN reader “JayJayRock206” for sharing. 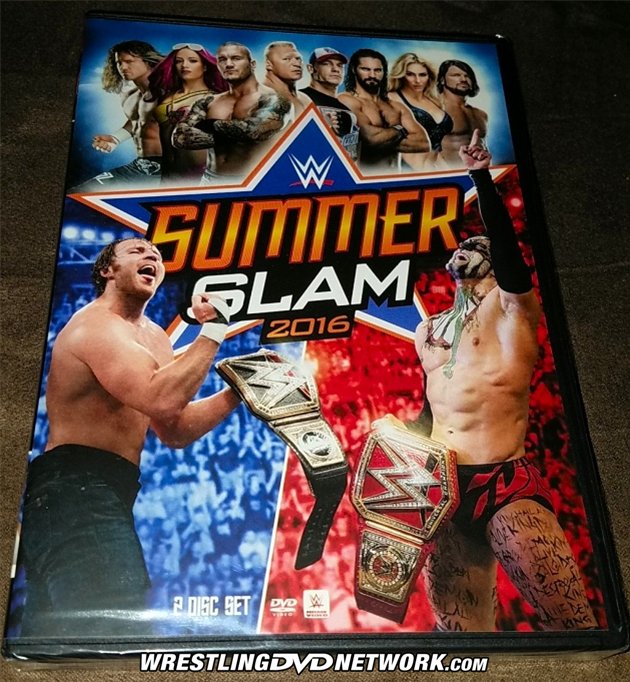 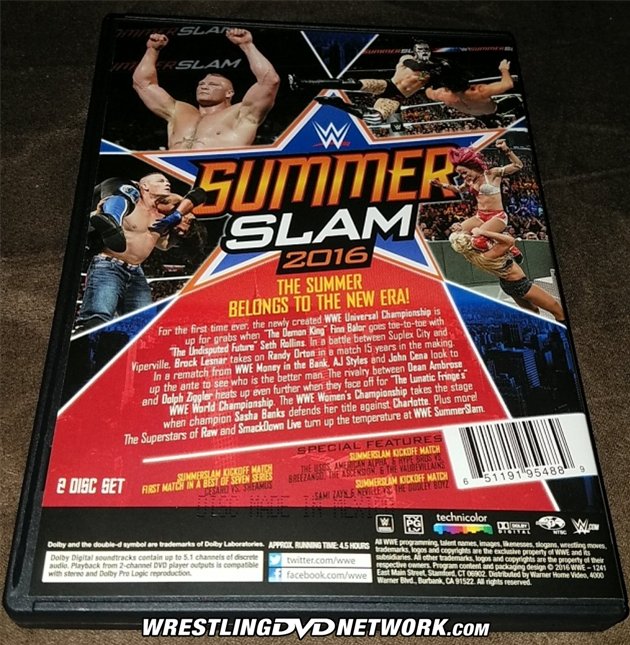 The summer belongs to the new era!

For the first time ever, the newly created WWE Universal Championship is up for grabs when “The Demon King” Finn Bálor goes toe-to-toe with “The Undisputed Future” Seth Rollins. In a battle between Suplex City and Viperville, Brock Lesnar takes on Randy Orton in a match 15 years in the making.

In a rematch from WWE Money in the Bank, AJ Styles and John Cena look to up the ante to see who is the better man. The rivalry between Dean Ambrose and Dolph Ziggler heats up even further when they face off for “The Lunatic Fringe’s” WWE World Championship. The WWE Women’s Championship takes the stage when champion Sasha Banks defends her title against Charlotte.

The Superstars of RAW and SmackDown Live turn up the temperature at WWE SummerSlam. 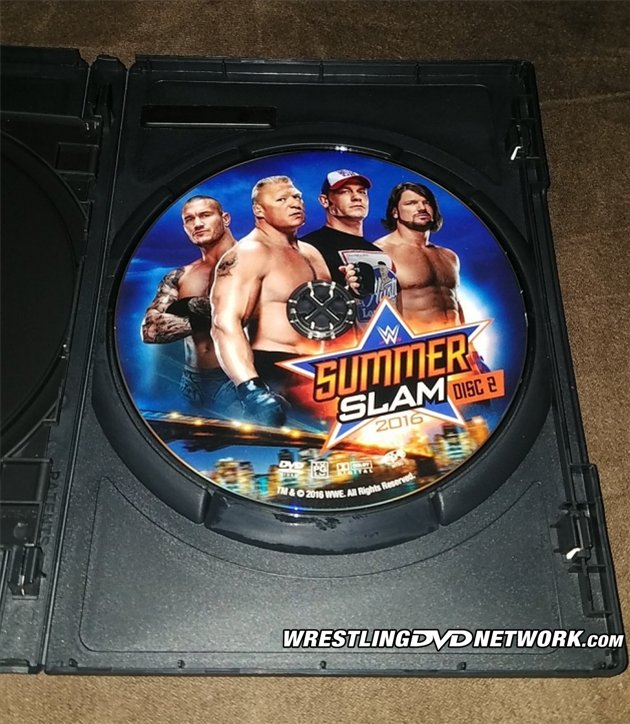 In addition to the trading card freebie, these extra matches will be found on both DVD and Blu-ray: 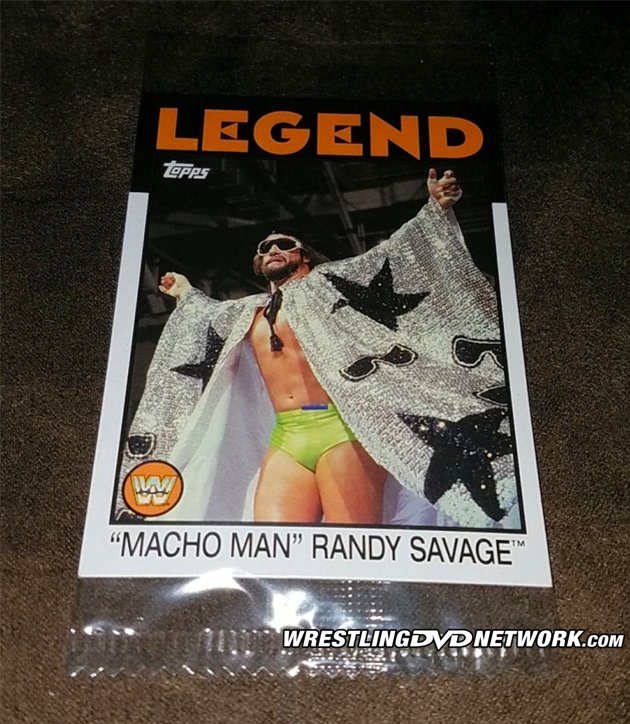 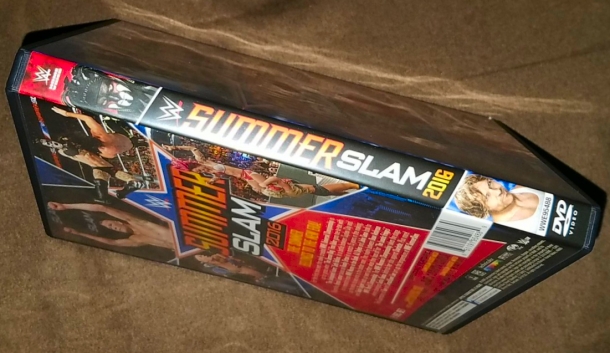