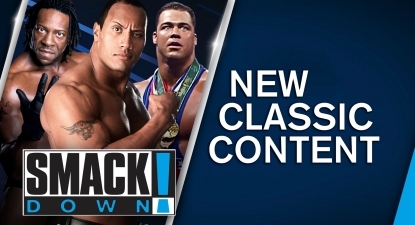 If you’ve been following our WWE Network Updates page this month (well, of course you have) you will have noticed what is a huge influx of classic SmackDown episodes from the Attitude Era — just this week alone there have been close to 80 new additions!

WWE will soon begin airing this promo to hype all of the new shows, if they haven’t already:

So, why all the sudden uploads? WWE are in the process of adding more than 150 hours of episodes to their streaming service, with the aim being to fill up the years 1999, 2000, 2001 and 2002 to have a complete archive of Attitude Era SmackDown at subscribers’ fingertips.

On the subject of SmackDown, a WWENetworkNews.com report reveals that a new SD-themed Collection, the official synopsis for which is below, is scheduled to hit the Network on Monday.

Joining that will be new Collections on The Rock and WarGames.

This month, WWE Network lays the SmackDown with the addition of over 150 classic hours of WWE’s most electrifying show.

This collection features 10 memorable episodes from this month’s SmackDown offering including the rise of The McMahon-Helmsley Era, the threat of an Invasion, classic moments from The Rock, and more!

Look out for the first episode on Sunday immediately after Payback. Here’s the thumbnail for it: 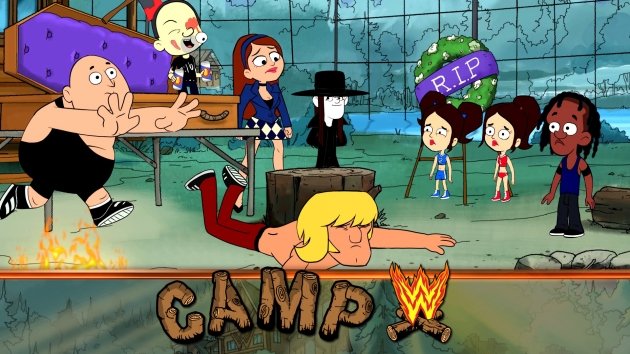 Before each episode, the Network will show the below TV-MA mature content warning. 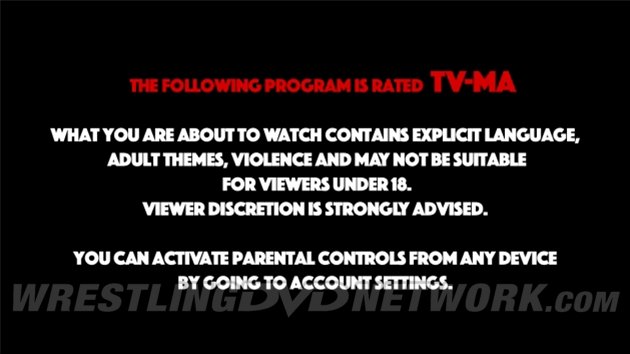 You can get some idea of the “explicit language” used in the series in this exclusive preview clip. It shows the intro to Sunday’s episode and the first scenes with Vince McMahon!

Watch “Camp WWE” in full by subscribing FREE to the WWE Network.

When Mr. McMahon discovers John Cena misses home, he enlists his counselors to help prevent a camp-wide outbreak of homesickness.

Watch all of the above content and the Payback 2016 PPV event on the WWE Network for only $9.99 per month. Your first month is FREE! Click here to subscribe to the WWE Network.