In an update to new WWE DVD features streaming on the WWE Network, the “CM Punk – Best in the World” documentary is now being advertised, along with a condensed 1 hour version of “The Very Best of WCW Monday Nitro”, the first Nitro DVD released back in 2011.

Those have been added to our new “WWE DVDs on WWE Network” page.

Below, watch a second preview clip of the new Harley Race DVD documentary!

“Harley Race: The Greatest Wrestler on God’s Green Earth” will be released in August through Highspots. To pre-order your copy of the DVD click here to Highspots.com. If you order before July 30th, you can get yours signed by Harley Race for no additional cost.

WWE “United We Slam – Best of The Great American Bash” is officially released today to the UK and Europe. Grab it from WWEDVD.co.uk.

The new DVD and Blu-ray hits stores across the United States tomorrow. It’s hosted by WWE Hall of Famer Dusty Rhodes and contains 20 matches on DVD, with 5 extra matches on the Blu-ray edition.

The total runtime of the DVD is just over 7 hours. With the extra Blu-ray content that goes up to just over 8 hours and 50 minutes.

Get the Bash DVD at: Amazon.com / WWEShop.com.

The new movie “Road to Paloma”, distributed by WWE Studios and Anchor Bay, will also be released on DVD and Blu-ray tomorrow.

Jason Momoa of Game Of Thrones, The Red Road and Conan the Barbarian makes his directorial debut and stars in this intense road movie as Wolf, a Native American on the run after avenging his mother’s murder. As he flees across the desolate American West on his motorcycle, he’ll discover that justice has a cost. Wolf’s search for redemption will reveal secrets and take him on a journey where the roads have some very unexpected turns.

The Kayfabe Commentaries production is a shoot interview with Helms (also known as The Hurricane), made up entirely of fan questions. Below is the planned cover artwork. 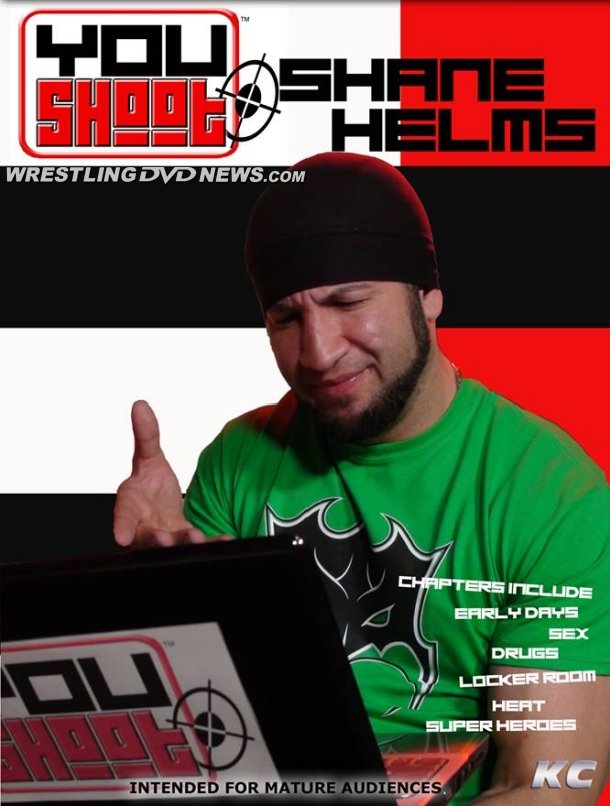 Check out eBay seller “sheshied” today for 10 rare WWF DVDs being auctioned off!