The “Scooby-Doo: WrestleMania Mystery” movie will be released on DVD and Blu-ray later this month!

A few WDN readers have spotted the DVD on sale already at certain Walmart stores. It can also reportedly be watched early when buying now on iTunes.

In the original movie, Shaggy and Scooby win tickets to WrestleMania and head to “WWE City”. The city is under threat by a Ghost Bear and the gang need to protect the WWE Championship title and WrestleMania itself. Check out some new screenshots below! 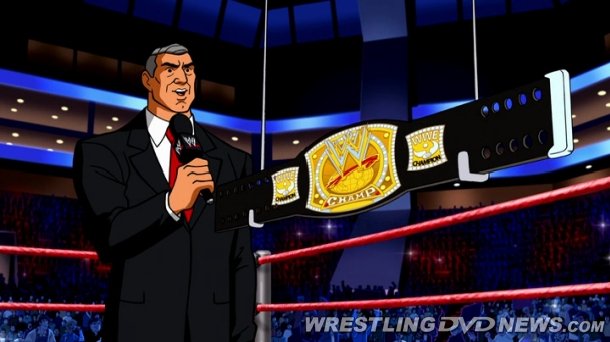 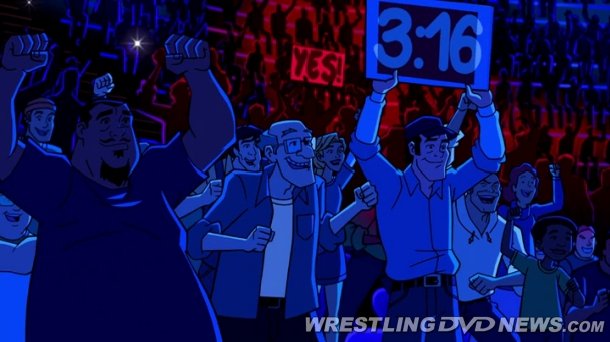 This animated movie, co-produced by WWE Studios and Warner Bros., runs approximately 1 hour and 20 minutes. The DVD and Blu-ray will also feature the following 2 extras:

Behind the Scenes with Scooby-Doo and the WWE Gang
A behind the scenes look at the voice recording sessions with the cast of WWE. 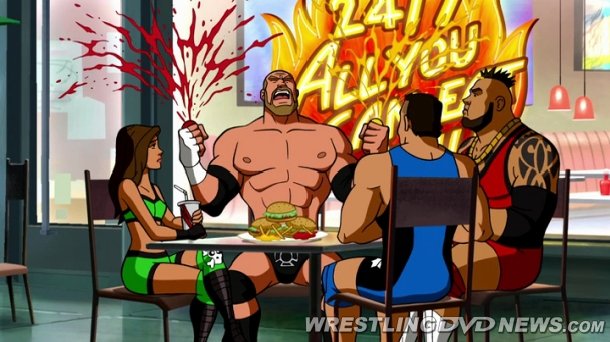 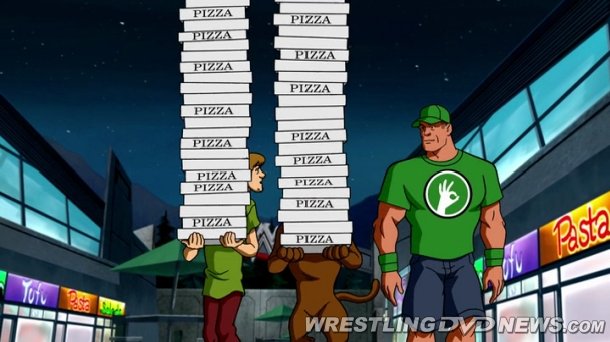 “Scooby-Doo: WrestleMania Mystery” officially releases on March 25th as a DVD and as a Blu-ray/DVD Combo pack. You can pre-order yours by clicking here or the buttons below.

Speaking of WWE Studios, several past movies will be re-released soon in six new “Multi-feature” DVD packs. These have gone up here on Amazon.com for June 3rd release.

WWE Multi-feature: Action Collection (Inside Out, The Reunion, Bending the Rules, No Holds Barred)

WWE Multi-feature: Drama Double Feature (Legendary, That’s What I Am)

WWE Multi-feature: Triple H Double Feature (Inside Out, The Chaperone)

The “Shawn Michaels – Mr. WrestleMania” DVD and Blu-ray will hit the UK and Europe this coming Monday. Pre-order yours from £19.99 over at WWEDVD.co.uk.

Finally, check out these cool and collectible WWE DVD Sampler discs being auctioned off over the weekend. Find them listed here under eBay seller “peepulation613”. 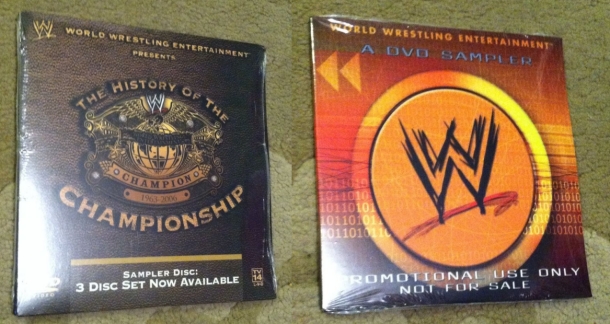