“OMG! Vol. 2: The Top 50 Incidents in WCW History” is the next WWE DVD/Blu-ray ready to hit the shelves, releasing to both North America and UK/Europe this month!

We can confirm that a version with a free WCW beer koozie inside has been found already in FYE stores. Thanks to Daniel Aldape for the photo. No indications yet that this is a store exclusive but we do know that there are copies of the DVD without the bonus included. 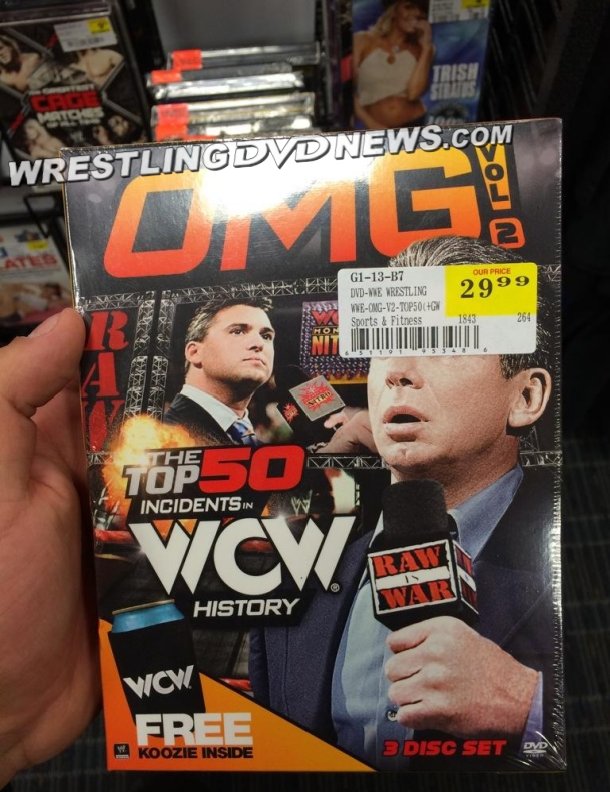 Below are two EXCLUSIVE first look video clips from the new WCW OMG! DVD. In both previews you will notice former WCW announcer Tony Schiavone making an appearance.

The DVD and Blu-ray has a main countdown portion as seen in the second clip, which runs for over 2 hours in total. The “RoboCop” chapter is ranked #32 in the countdown. The rest of the set is made up of more than 20 extras, a mixture of WCW matches and moments.

– USA: This Tuesday! Get yours here on Amazon.com or via WWEShop.com.

Here are over 20 deals on RARE WWF/WWE DVDs, all expiring soon on eBay! 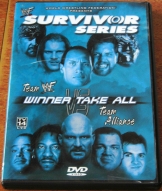