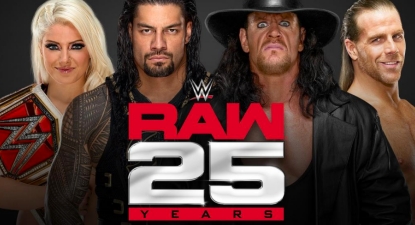 The new “RAW 25th Anniversary” DVD has gone up for pre-order on Amazon ahead of the release in April 2018. The listing, not currently found publicly, is accessible here on Amazon.com.

And it confirms our report last week that the current plan is to format the Home Video offering as a three-disc DVD set featuring the entire RAW 25th Anniversary episode and a compilation of the greatest matches and moments witnessed on the flagship show since 1993.

Right now the price to pre-order a copy with Amazon is $24.98. The cover artwork and final contents for the set will no doubt be here soon once the anniversary special has aired next month.

And now, this DVD set shares the most amazing and unforgettable matches & moments in RAW’s history, spanning from 1993 to 2017, featuring an all-star list of superstars from Bret Hart and Shawn Michaels, to Stone Cold and The Rock, to Triple H and John Cena, to Roman Reigns and Brock Lesnar.

WWE’s flagship show has always been the place where history is made, and you can relive it all right here in one place!

Just in, check out the official trailer for the “Best Pay-Per-View Matches 2017” DVD!

The trailer shows off footage of Shane McMahon vs. Kevin Owens at Hell in a Cell, AJ Styles vs. Shane McMahon at WrestleMania, Brock Lesnar vs. Samoa Joe at Great Balls of Fire, Jinder Mahal capturing the gold at Backlash, SmackDown’s Elimination Chamber Match and more highlights out of the 19 different matches and moments you’ll find in the content listing of the 3 discs.

This will be the first WWE DVD that hits stores worldwide in 2018. 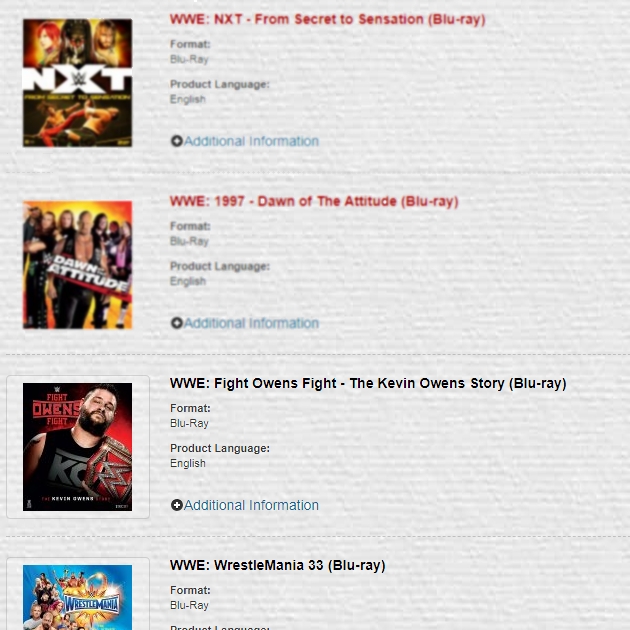 In October it was revealed that the Blu-ray editions of the two year-end WWE Home Video titles “1997: Dawn of the Attitude” and “NXT: From Secret to Sensation” had sadly been cancelled in the United States and Canada, meaning that there would be no more WWE Blu-rays released in the remainder of 2017 with the last one being Kevin Owens and before that, WrestleMania 33.

That trend appears to be continuing looking at the upcoming release schedule; we’ve received word that Royal Rumble 2018 is also only planned for DVD without a Blu-ray version.

At this time we can only assume that future releases (domestically at least) are to be considered DVD-only, with the exception of WrestleMania which will likely still receive the Blu-ray treatment.

However, the cancelled Attitude Era and NXT-themed Blu-rays in the states this year did see a release in both the United Kingdom and Australia. Going forward Australia will reportedly follow the US schedule, however the UK already has both a Survivor Series 2017 Blu-ray and Royal Rumble 2018 Blu-ray on the horizon. This could mean that there’s scope for the UK licensee, FremantleMedia, to also put out a few of the bigger documentary titles on the format.

Fans and collectors in Europe have historically taken to WWE content on Blu-ray better than those in other markets. Elsewhere, the reason for the cancellations is said to be due to a lack of demand for the Blu-rays and the added expense of producing them.

The next installment of the no-holds-barred shoot interview “YouShoot” is about to be unleashed.

Keep checking KayfabeCommentaries.com for the release coming this week; your chance to own “YouShoot: Al Snow” as a physical DVD or a download to watch on your device later. 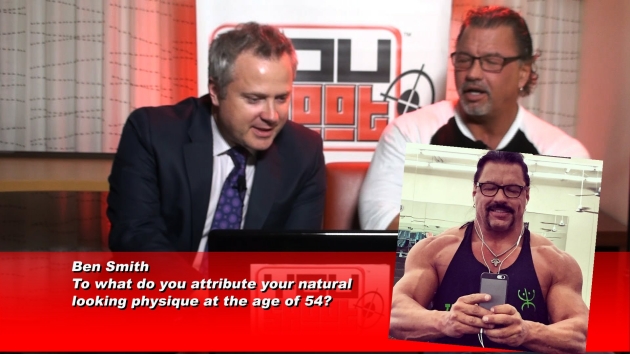 Heads up, eBay seller “eucalyptus1992” has the recently released “30 Years of Survivor Series” DVD brand new and sealed for only $14.75 shipped if you haven’t got yours yet.

A handful of the tricky-to-find, original WWF DVDs…

A lot of oldie-but-goodie WWE Blu-ray classics, a lot of nearly 20 WWE DVDs (including Seth Rollins, Paul Heyman, “True Story of Royal Rumble” and a volume of the SummerSlam Anthology), and a chance to grab the WrestleMania Anthology box set for a decent price too. 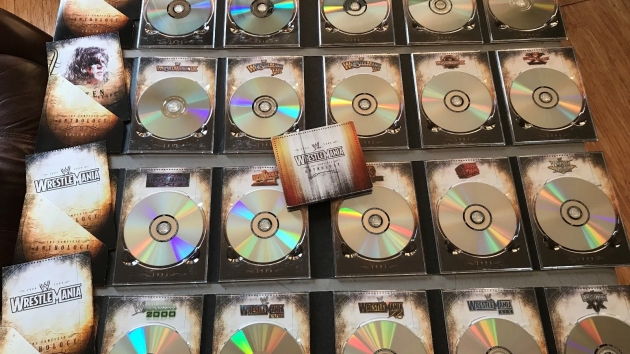