As you can now see over here, the “RAW 20th Anniversary Collection” DVD box set is no longer available to purchase from Amazon themselves. There remains only copies of the DVD being offered by third party sellers on the site.

We’ve also noticed that the MovieMars eBay account today removed their listings for the DVD, which were until the time of the removal the cheapest available option to find the set online still brand new. A remaining “Buy It Now” listing brand new is priced at $139.99.

As we’ve been mentioning here on WDN, early promotional material for the RAW20 DVD referred to it as being “limited edition” with lesser than usual quantities produced. It’s been on back-order with multiple retailers, including both Amazon and Best Buy, since the holiday and completely unavailable to order on WWEShop for over a month.

Given the popularity of the RAW box set, what if WWE released a follow up this year?

Below is a new “Fantasy Concept” created by Mark, showing his picks of another 20 RAW episodes that could end up being featured in a second box set! 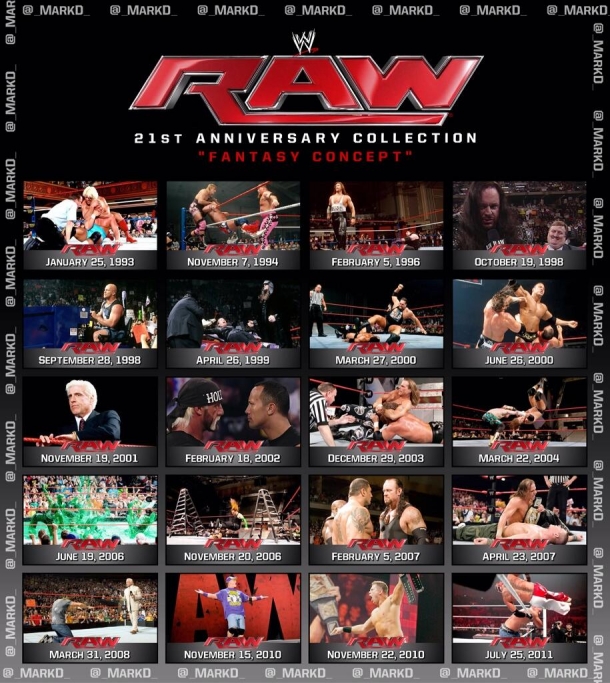 Ahead of WWE’s big announcement tonight, expected to pertain to the debut of a “network”, the company is looking for fan feedback on a name for a new Superstar themed show.

A survey was sent out to fans today with the following choices for names: WWE Presents, WWE Profiles, WWE Chronicles, Superstar Showcase and Beyond the Ring.

The synopsis for the new show idea reads as follows:

This program will shed a gripping spotlight on the triumphant and turbulent careers of WWE’s most famous Superstars, from WWE’s first-ever Champion, the controversial Buddy Rodgers, to 2013’s most popular WWE Superstar, John Cena.

Each true story will offer fresh revelations about these larger-than-life personalities, with insight coming from the people who know, or knew, them best: close family and friends, embittered in-ring rivals, childhood crushes, high school mentors, the WWE Superstars and Legends themselves and more.

Here’s the cover artwork for WWE Live In The UK: November 2013.

The DVD is slated for release to the United Kingdom and Europe next month. Be sure to look out for your chance to pre-order a copy at WWEDVD.co.uk very soon. 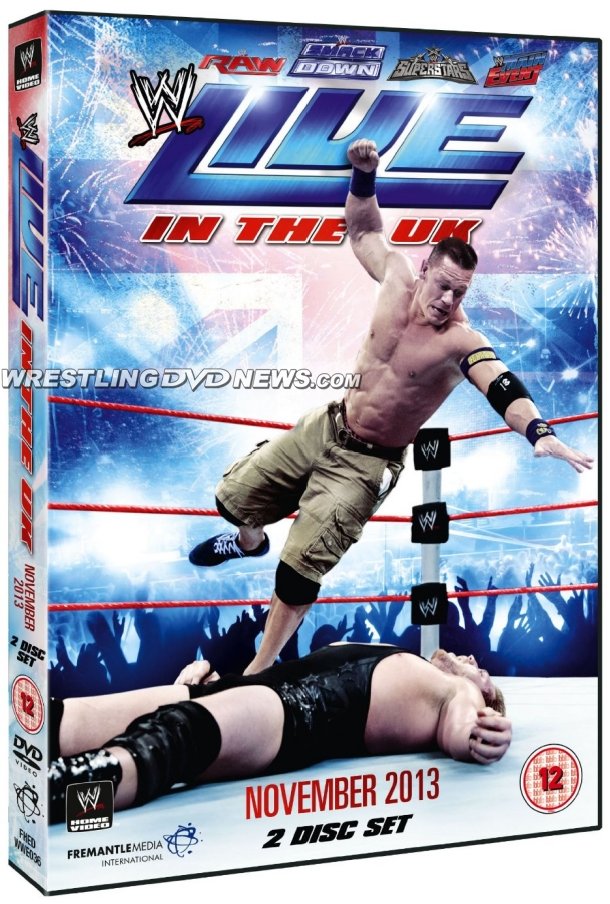 Watch the official trailer for the release below!

Next week’s TLC 2013 DVD is also now available to pre-order on the site. 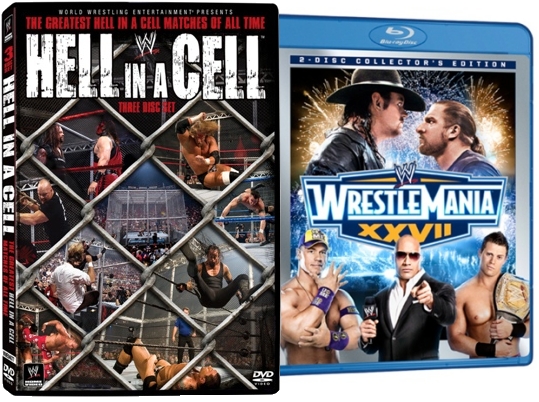