Last month, we saw the releases of the two Superstar Collection DVD’s I was most looking forward to in the Sheamus & Daniel Bryan releases, and for the most part, they lived up to my expectations.  Unfortunately, the four Superstar Collection DVD’s released afterwards had me a lot less excited, and if the Orton & Kingston DVD’s are any indication, they are also going to (pretty much) live up to expectations.

Orton was never my favorite in-ring worker, and his work since around 2008 in particular has been pretty stale.  Kingston is a great in-ring talent, but his career has been pretty stagnant since he debuted, and this becomes clear while watching his DVD.  While not complete failures, it’s hard to justify much of a reason to purchase either of these DVD’s, particularly the Orton one.  The Randy Orton Superstar Collection runs about 90 minutes, while the Kofi Kingston Superstar Collection runs about 80 minutes.  They are both rated TV-PG.

“Voices in My Head”: The Format

Many of you have read my thoughts on the overall format of the Superstar Collection DVD’s from one of my previous reviews, but in case you are new to these reviews, here is what I said about the format in my Bryan/Sheamus review: “To review the key points, though, the biggest problem with the Superstar Collection DVD’s are the packaging, the menus, and the short introductions.  In these areas, you really notice that these DVD’s are budget DVD’s, and they come across as pretty cheap.  The only advantage is that the boxes at least have the same overall artwork, and when they are all released, they will look good together on a shelf.  The brief introductions to the DVD are pretty generic; they give a decent idea of who the overall character is, but don’t really give us any details of the superstar’s history.”  Orton’s intro represents the cold, calculating nature of the “apex predator”, while Kingston’s intro shows him as the fun-loving, high-flying superstar he is.  Both are quite generic; probably the most generic intros we’ve seen yet. 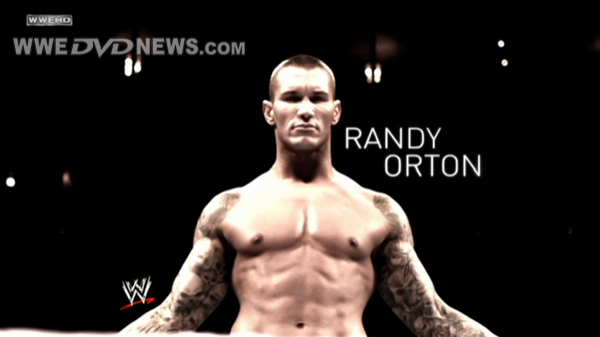 I think the WWE had a pretty big challenge ahead of them in picking matches for the Orton collection.  He had a DVD released just last year with most of this best matches, and since they were only focusing on recent matches, I don’t think they were left with the best selection.  Overall, I think the match listing was OK, but became troublesome the more I thought about it.  The first two matches focus on Orton’s heel run with the title in 2009 while he was the leader of Legacy, and the third match on the set looks at the breaking up of Legacy and the start of Orton’s babyface turn.  Naturally, it would have made sense for the final match on the set to be the conclusion of his feud with Rhodes & DiBiase, but instead we get a match against Christian from over a year later.  I don’t want to totally complain because the match with Christian is the best match on the DVD, but it doesn’t make for great cohesion to the set.  Also, Orton does not win a single match on this set cleanly (including the match against Christian as a babyface).  This isn’t a big deal, but is still a puzzling choice. 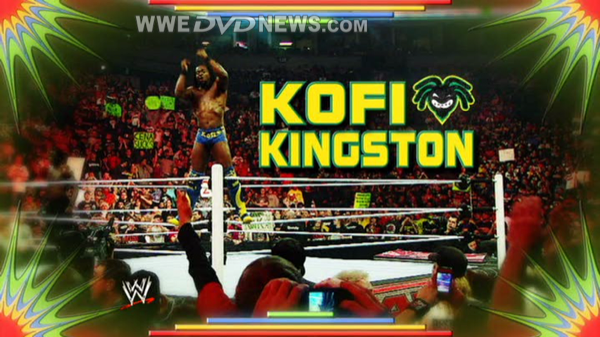 I think the WWE did about as good of a job as possible in choosing the matches for the Kingston DVD, but the DVD shows just how uninteresting Kingston’s career has been.  He won the Intercontinental Title very soon after moving to Raw from ECW, and he has not moved above this level in the 4-5 years since.  His feud with Randy Orton is represented on this DVD, but he hasn’t been in any other big feuds, so the rest of the DVD is filled with mostly mid-card title wins.  Fortunately, all of the matches are pretty good, so it wasn’t painful to get through.  Unlike the Sheamus and Daniel Bryan DVD’s, though, there wasn’t a clear character arc they could build over the course of the DVD because Kingston hasn’t had a clear upward trajectory.

“RKO Out Of Nowhere!”: The Randy Orton Matches

This match was a major disappointment to me.  The first two falls (standard wrestling match and falls count anywhere match) are way too short to really get going.  The third fall is a stretcher match, which I’ve always thought was a terrible gimmick match.  Too much of the match is spent watching one superstar try to wheel the other superstar up the ramp, and it ends up feeling a bit like you are watching a wheelbarrow race.

A fun triple threat match, but unfortunately for this DVD, it slows down the most when Orton is the primary superstar being focused on.  I also hated the ending; it makes Orton look like a very undeserving champion, even for a heel.

This match never gets out of first gear, and quickly ends in a non-finish.  A bizarre choice for this DVD without showing the fallout to the feud from Wrestlemania XXVI. 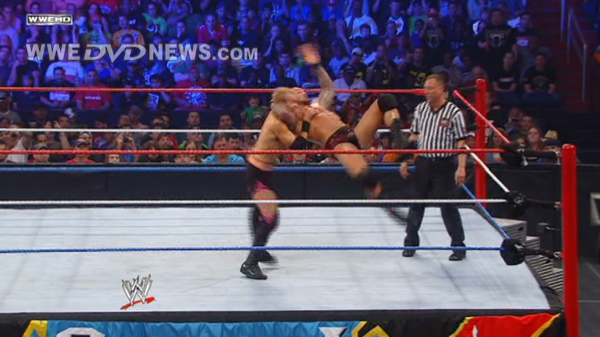 Christian and Orton had great chemistry throughout their entire Summer 2011 series, and this match is no different.  This match has a bit of a screwy finish that allowed the feud to continue, but up until then the match is great. 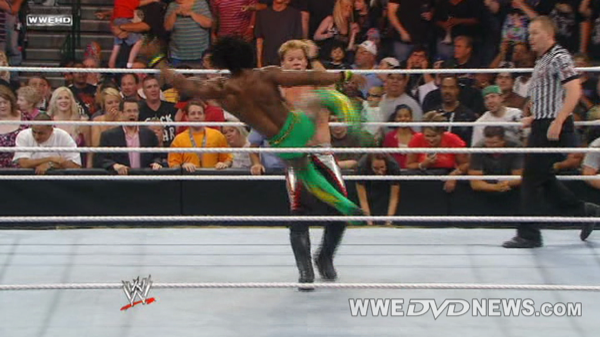 A great match from early in Kofi Kingston’s career.  This was during Jericho’s feud with Shawn Michaels, which plays a small role in the match, but fortunately doesn’t take away too much from the in-ring action.  Not a totally clean finish, but still a great match. 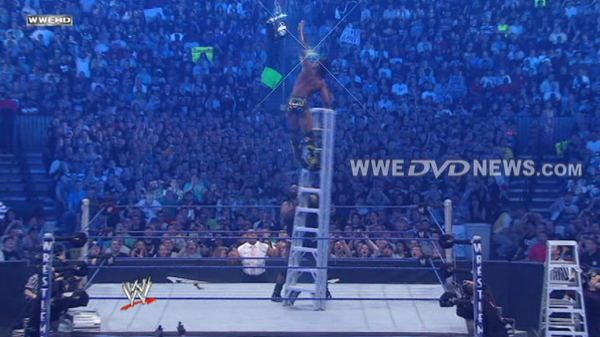 One of my favorite Money in the Bank matches.  Everyone gets their time to shine and has an individual story to tell.  The match also makes sense for the Kingston DVD because (along with maybe Shelton Benjamin) he steals the show.

A solid close to one of the only real feuds in Kingston’s career.  Orton and Kingston don’t totally gel together because of Kingston’s fast-paced style and Orton’s slow style, but the match is decent.

An average TV match that wasn’t given nearly enough time.  Kingston and Ziggler would have countless TV matches throughout 2011 and even into 2012, and I think some others were better, but they always had great chemistry. 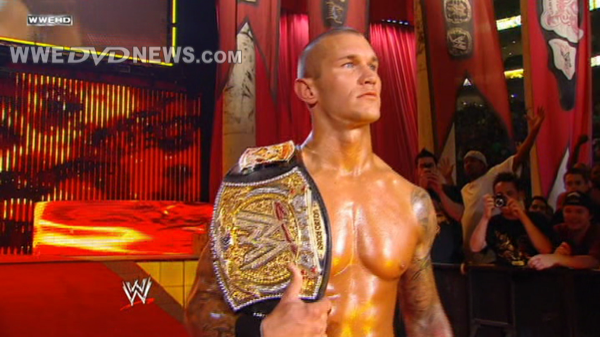 As I mentioned, I didn’t have particularly high hopes for these DVD’s, and while they certainly could have been a lot worse, they didn’t do much to exceed these low expectations.

In the case of the Orton DVD, the match choices were a bit questionable, but you get at least one great match in Orton Vs. Christian.  The triple threat isn’t bad either (even though the ending does make Orton look terrible).  Last year, I thought the Evolution of a Predator DVD made Orton look great, and this DVD doesn’t follow that up.  The Kingston DVD definitely has better matches, but shows how stagnant Kingston’s career has been.  Also, a lot of the matches on that DVD have already been featured on compilation DVD’s, which is something these Superstar Collection DVD’s have generally been good at avoiding.  If you are a completest, I’m sure you’ll be picking these up, but otherwise, I think you are better off saving your money.

Click here to get WWE Superstar Collection DVDs from just $6.99…

The UK will not be getting the Superstar Collection DVD series, but they are also available in Australia. Fans down under can get hold of them at WWEDVD.com.au first.