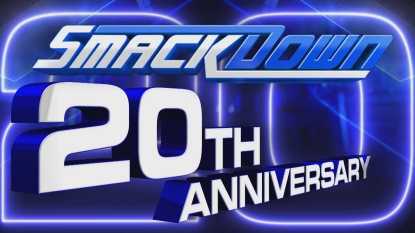 Today’s the day for a brand new WWE DVD release in the United States and this one’s a biggun — “SmackDown 20th Anniversary”.

WrestlingDVDNetwork.com is celebrating with an extended trailer for the Home Video, featuring your hosts Jerry “The King” Lawler and Byron Saxton. Watch the preview below:

Grab your copy of “SmackDown 20th Anniversary” by clicking here to Amazon.com where it’s in stock right now for $14.96. It will follow to fans in the UK on October 14th, which is next Monday so there’s not long to wait!

It’s no coincidence that the anniversary set is well-timed with SmackDown’s recent move to FOX last Friday, and this is promoted on the DVD’s packaging with a sticker: 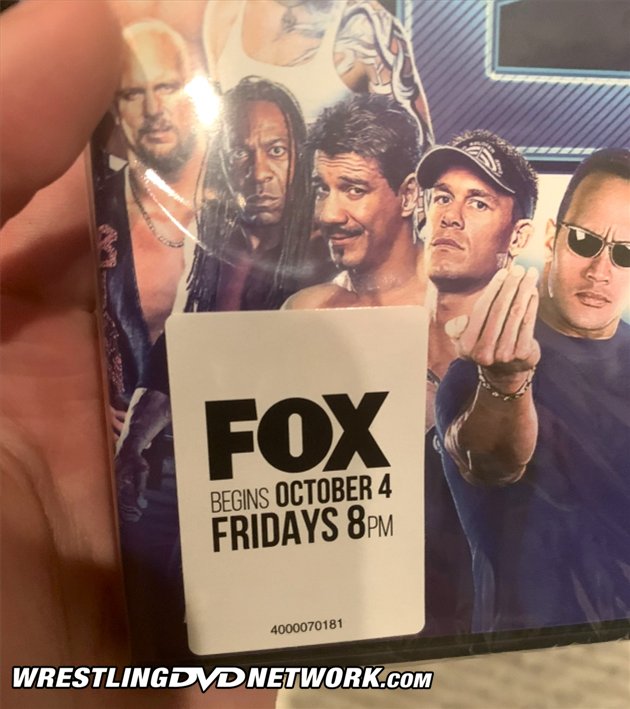 As for the content of the discs inside, they squeeze in almost 30 of the most memorable SmackDown matches and moments as WWE went to work selecting footage from the blue brand between the years 1999 and 2019. The DVD menus are laid out like this: 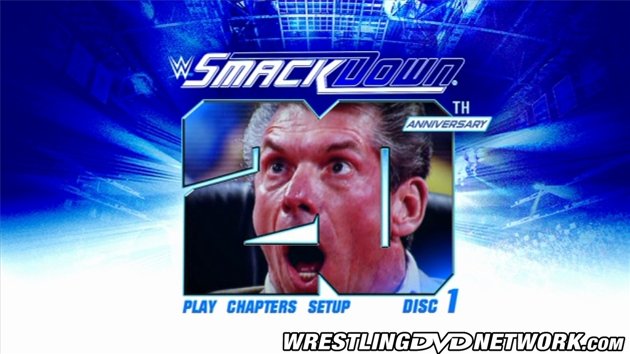 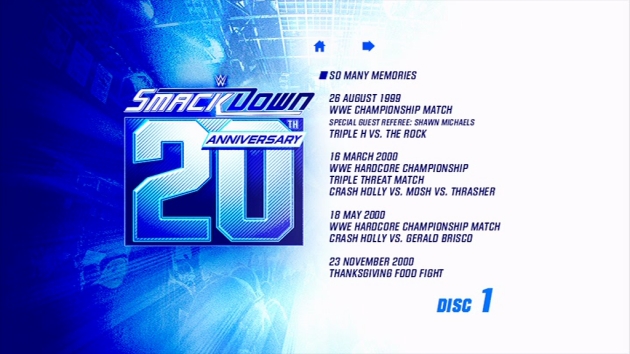 Speaking of trailers, one of has been unveiled for Clash of Champions 2019 which you can check out below.

This will be the next WWE DVD release on the horizon, the second this month, as it’s due to hit stores across the United States on October 22nd. Once again the UK release won’t be far behind on October 28th, while Australia fans can add this one to their collections on November 20th.

We hear that Clash of Champions will be a single-disc DVD in all regions. In case you missed it, the WWE PPV DVD’s cover artwork was recently updated to the below.

For those wondering, this past Sunday’s Hell in a Cell is scheduled for a DVD release in November. 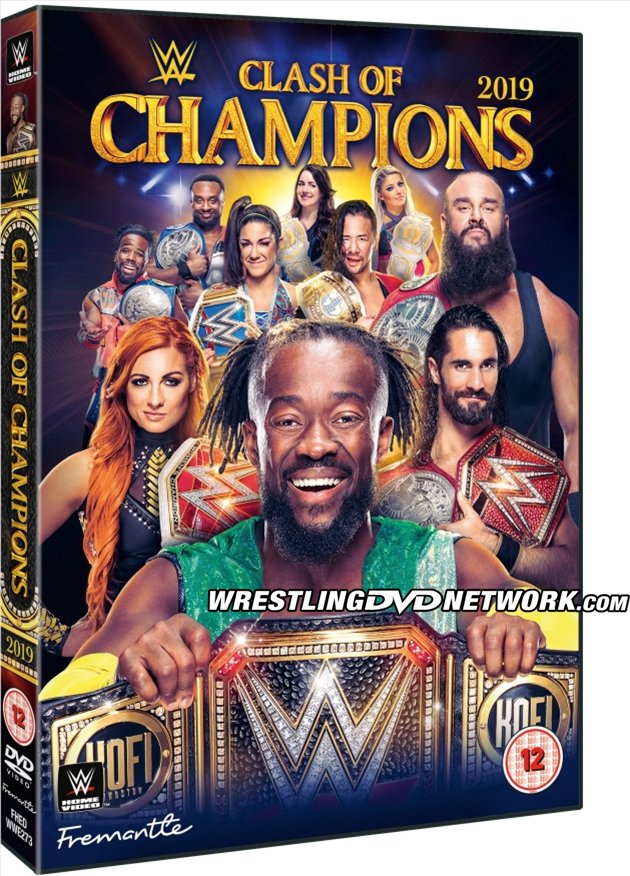 Did you know that WWE’s new Super Showdown 2019 DVD has finally hit stores too? This one is a 2-disc set with 6 extras and it’s in stock now here on Amazon.com.

The 2019 installment of Super Showdown headed to Jeddah, Saudi Arabia and brought in some big names for some even bigger matches, including the likes of: The Undertaker vs. Goldberg, Triple H vs. Randy Orton, Shane McMahon vs. Roman Reigns, and not forgetting an attempted Money in the Bank cash-in by “The Beast” Brock Lesnar, plus more!

So how did the DVD itself turn out? It’s time for a few first look photos, kindly sent in to us recently by WDN reader Matthew Tremble. 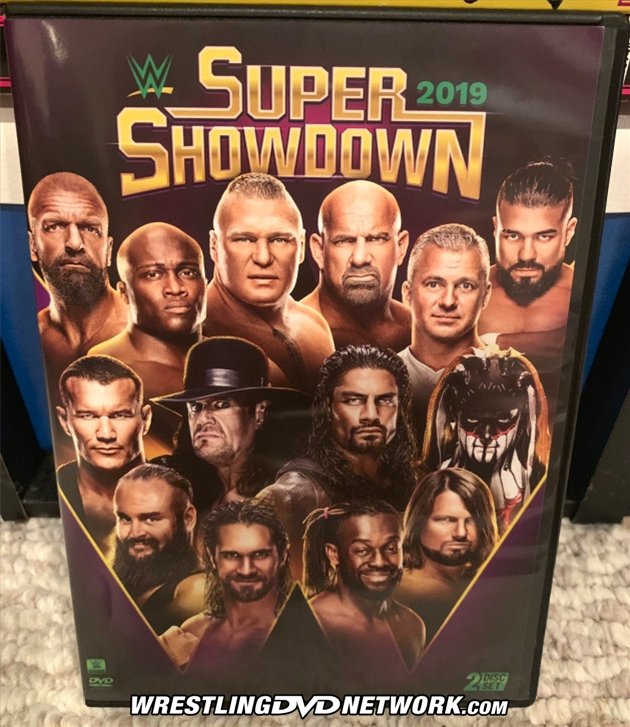 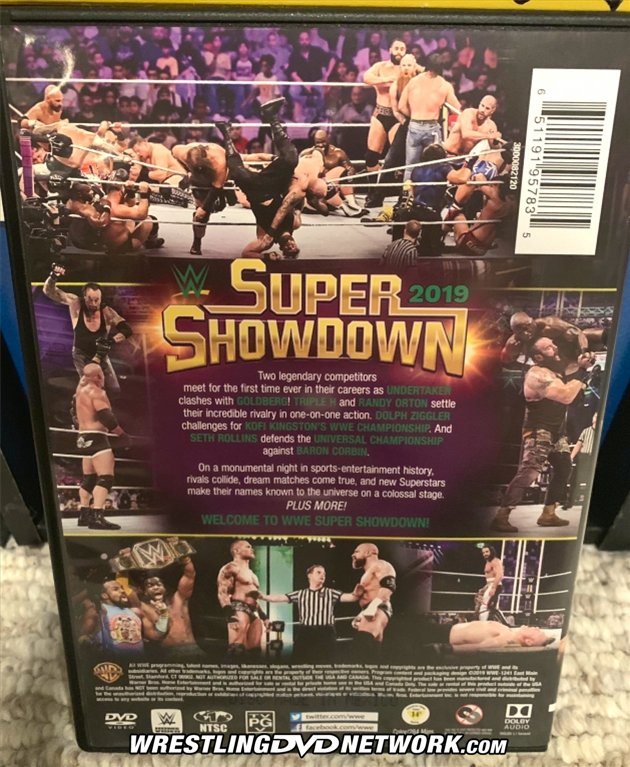 On a monumental night in sports-entertainment history, rivals collide, dream matches come true and new Superstars make their names know to the universe on a colossal stage. 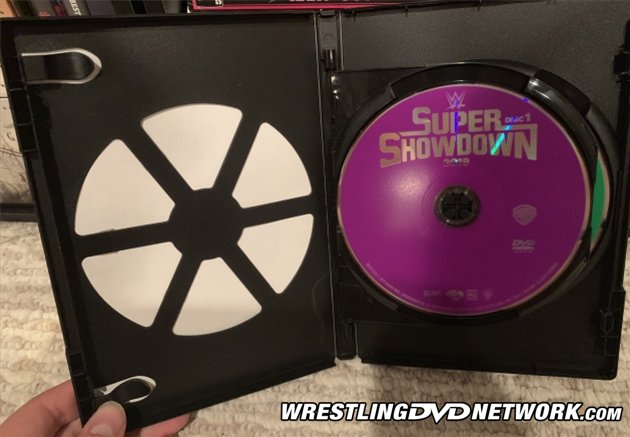 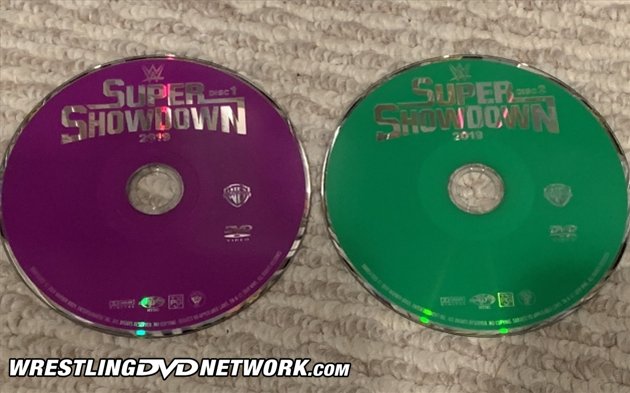 Grab your copy of the new WWE SUPER SHOWDOWN 2019 DVD… 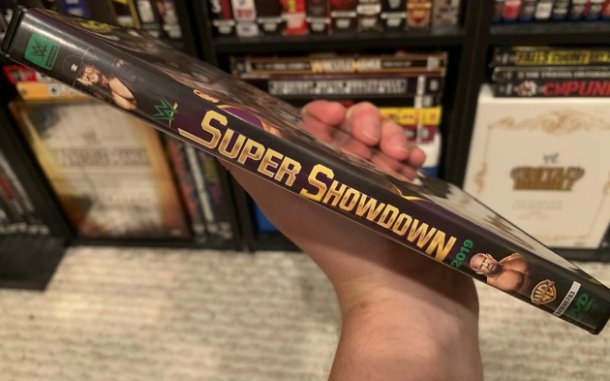