Thanks to the following report from friend of WWEDVDNews, Evan McFarlane, we can now share some more information on the new Mick Foley documentary, and screenshots too.

For All Mankind: The Life and Career of Mick Foley is available to pre-order now for April 16th release over at Amazon.com and WWEShop.com. 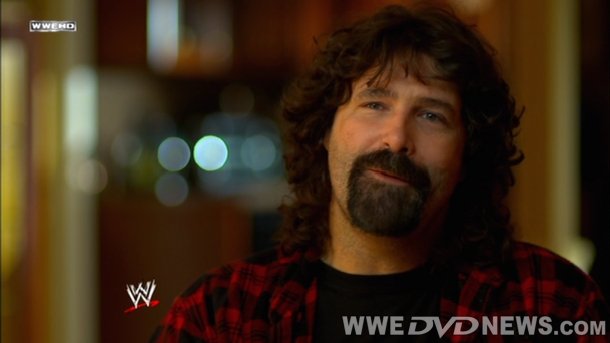 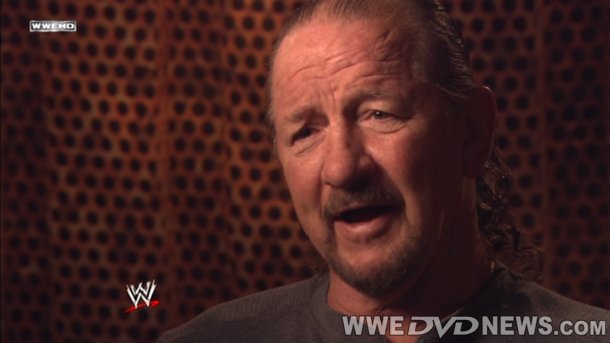 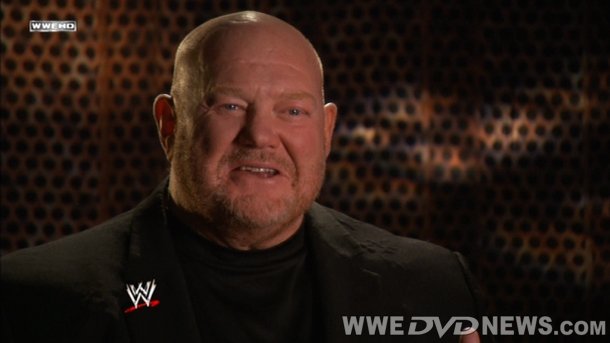 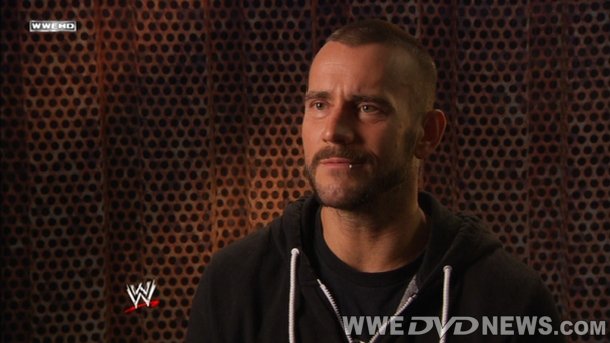 Some further insight into the content and format of the documentary –

Plenty of WCW, NWA, ECW and other organisation footage within.

About 13 minutes spent on Mick’s childhood.

Hell in a Cell at King of the Ring 1998 gets about 15 minutes of coverage and Mick himself doesn’t actually comment on the bumps, as it’s mainly Terry Funk & Jim Ross.

About 10 minutes at the end is on his commentary run.

Blood, swearing and WWF references remain intact and with no blurs.

Low-quality footage of Mick tearing his ear off in Germany is shown in the doc.

There’s no coverage of Mick’s TNA career, as they basically stop talking about it after his match with Edge at WM22. 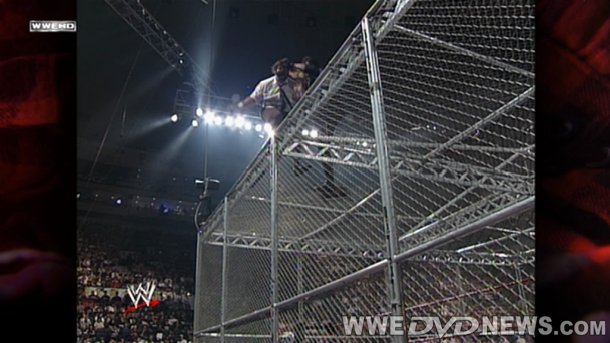 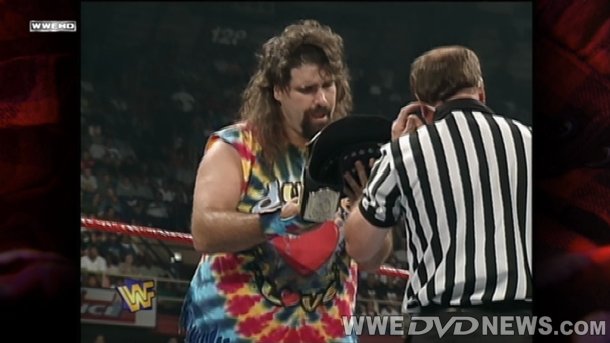 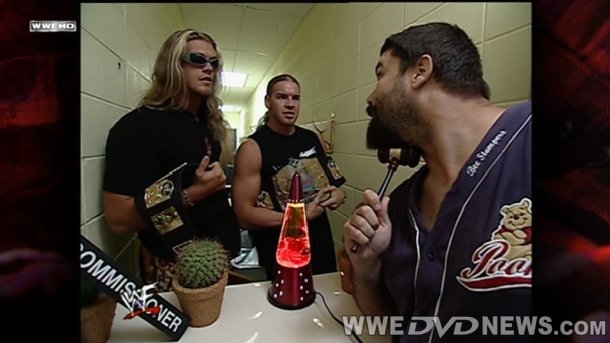 Mick goes on record of saying he didn’t like his WrestleMania 20 match, that coming back in 2000 to wrestle was one of the worst decisions he ever made, and how after the infamous Hell in a Cell bumps Vince McMahon came up to him and said he doesn’t want to see anything like that ever again. Foley considers the time period of his role as WWF Commissioner the best of his career.

Click here to pre-order your copy for April 16th in the United States.

If you’re in Canada you can get hold of it over here at Amazon.ca.

“For All Mankind” will also be released this month to UK/Europe at WWEDVD.co.uk, and it follows on to the Australian licensee WWEDVD.com.au in early May.