Retro reviews return to WrestlingDVDNetwork.com! Which classic WWE DVD should we cover next? Let us know your choice by leaving a comment.

It has been just over ten years since WWE first dedicated a DVD to one of the company’s most popular match gimmicks, the Ladder Match. That being said, this collection also features all six TLC matches held in a WWE ring up to that point, along with many of the company’s greatest and most memorable Ladder Matches. The upshot is that we get a sensational wrestling DVD containing loads of fantastic matches and a plethora of jaw-dropping spots.

Hosted by Todd Grisham and with occasional comments from the likes of Shawn Michaels, Jeff Hardy and Edge, this 3-disc set was released in late 2007, and as such, December 2006 is the cut-off point for the featured matches. Before then, we get everything from The Terri Invitational Tournament to Money in the Bank, from 3 Count to MNM, and from Stampede Wrestling to WrestleMania X-Seven. In all, 22 matches are included, and the majority of them come highly recommended.

Let’s take a trip down memory lane and revisit “The Ladder Match”.

The set begins with this clash from Stampede Wrestling, involving Jake Roberts and the future Junkyard Dog. It’s not a great outing, and it’s obviously very limited on major spots, given that it took place in 1979, but it’s cool to have it here for historical purposes. 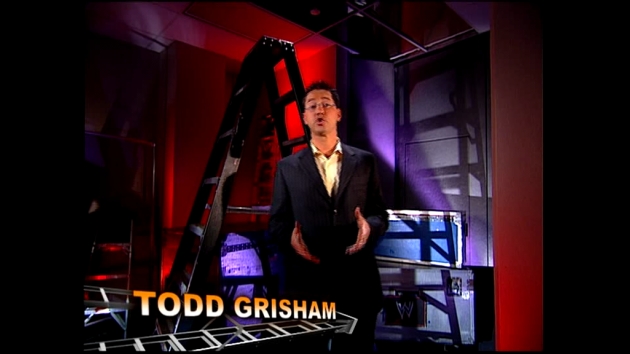 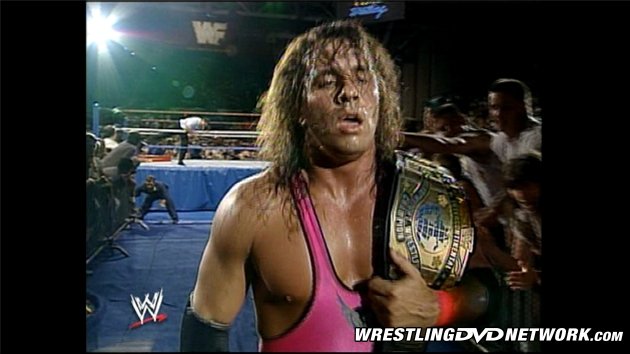 Up next is the first ever Ladder Match held inside a WWF ring, as the stipulation (brought to Vince McMahon’s attention by Bret Hart) gets off to a fine start with this Bret vs. Shawn battle. Though it would be a Coliseum Video exclusive, meaning it wasn’t officially televised, it’s a great match, with the Hitman capitalizing on a Michaels mistake to win.

I have no idea why the more famous WrestleMania X Razor-Shawn clash isn’t here. But their rematch is a more-than-worthy substitute, and it may even be superior to the original match in Madison Square Garden. This is the WWF’s best match of 1995, and another feather in Shawn’s cap on his way to the top of the company. 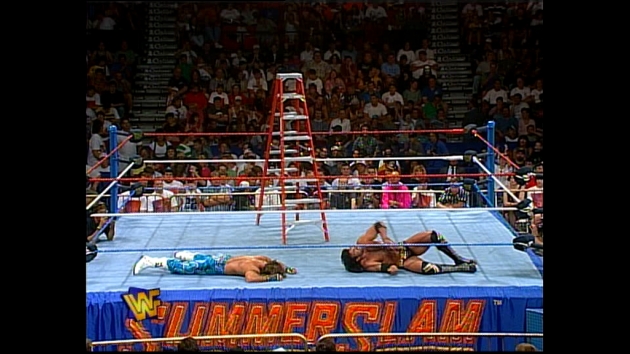 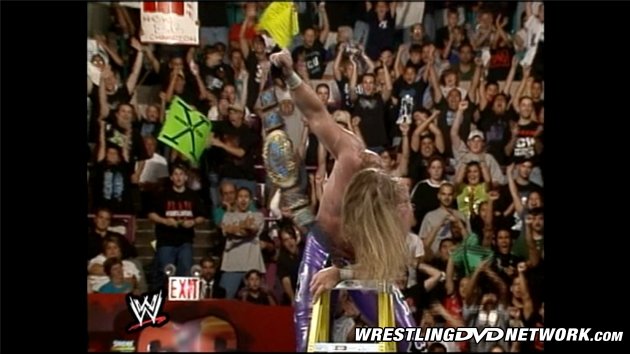 This is one of those matches where the loser probably benefited more than the winner. Triple H’s triumph was undoubtedly a major moment for him, but the fans getting behind The Rock in the manner that they did, and continuing to do so in the subsequent weeks, played a key role in Rock being elevated to the top level in the WWF. An early career highlight for both men, who each deliver great performances.

A turning point for the four participants, and for the Ladder Match in general, this five-star classic came out of nowhere, almost hidden on a No Mercy card filled with the big Attitude Era names of the day. It was a breakout match for all four, and at the time, it was the most awe-inspiring Ladder Match ever seen. But this was just the beginning…

The first ever TLC match is absolutely incredible. The previous Triangle Ladder Match at WrestleMania 2000 was literally taken to new heights here, with one amazing spot after another. Jeff Hardy and Buh Buh Ray Dudley, in particular, took some incredible chances in this must-see match. 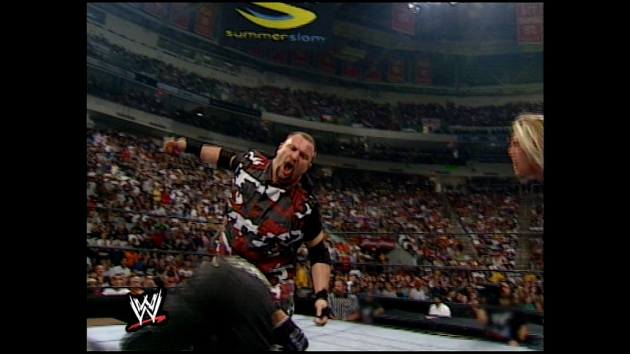 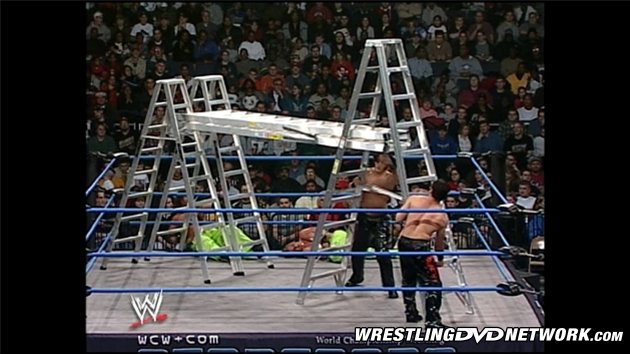 This was probably the best match of the year in WCW. Few people saw it at the time, because WCW was in deep turmoil by this point, and the company would never recover. But that doesn’t discount the effort on display, with some innovative spots and a ton of risks taken by the six participants.

At the time that this match took place, some fans complained about the familiarity of these two facing off once again on PPV. They needn’t have complained, because this is an excellent Ladder Match, one which would have been a Match of the Year contender had the next match on this DVD not stolen its thunder a few months later!

You’ll probably have already seen TLC II if you’re reading this review. If you haven’t seen it, then you need to go out of your way to watch it. It’s the only TLC match ever staged at a WrestleMania, and it’d be impossible for any future TLC bouts on the grandest stage to top this one. An absolute classic. 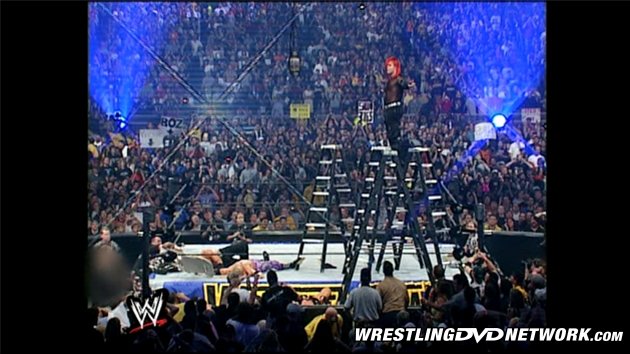 Often considered the “forgotten” TLC match, at least amongst the earliest encounters, this is one hell of a match by television standards. Though it’s not quite as spectacular as the previous two TLC bouts, TLC III is still a terrific contest, and it would mark the last hurrah for the legendary E&C/Hardyz/Dudleyz rivalry. 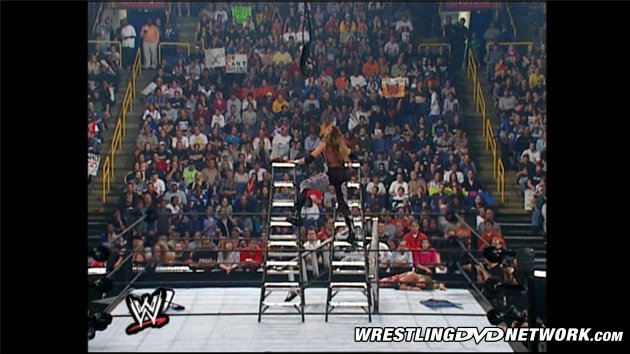 Edge vs. Christian in a Ladder Match sounds like a sure-fire classic, given the epic TLC clashes that they contested as a team. However, though the effort is definitely there by both men, it’s not quite the five-star Ladder Match that both expected, a feeling seemingly shared by the combatants themselves when discussing their 2001 feud in hindsight.

WWE held three Ladder Matches on RAW in the space of two months. Rob Van Dam vs. Jeff Hardy, the last of these three, isn’t included, but the first two are, beginning with Van Dam vs. Eddie Guerrero. The two would have better Ladder Matches against different opposition in the future, but this is still well worth watching.

Now for a Ladder Match of a different kind. The Undertaker and Jeff Hardy have wildly contrasting styles, but they meshed to tell a perfect story here, with Jeff almost pulling off the unthinkable and dethroning the American Bad Ass as WWE Undisputed Champion against all the odds. 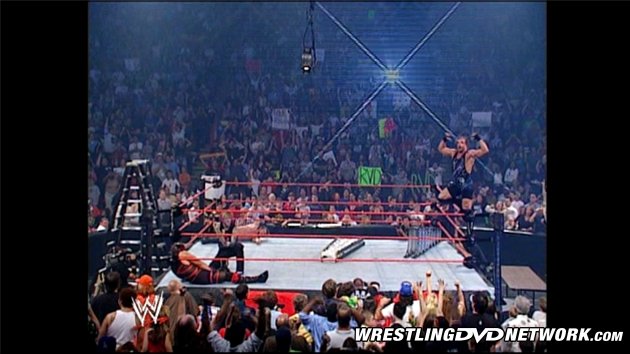 When WWE compiles the list of RAW’s greatest ever matches ahead of the forthcoming 25th anniversary celebrations, this one will probably feature highly. A somewhat random collection of talent (and with The Hurricane attacked beforehand by HHH and Ric Flair) all graft to deliver a superb TLC bout, one of only four TLC matches in RAW history.

For some reason, the year 2003 (which featured a great Christian-RVD Ladder Match) was entirely omitted from this DVD (that match would appear on The Ladder Match 2), so we jump ahead to this contest from Unforgiven 2004. Of note, it features Jericho suffering a VERY painful-looking bump, albeit one which did not prevent him continuing and eventually coming out on top.

WWE WrestleMania 21 – April 3, 2005
Money in the Bank Ladder Match
Chris Jericho vs. Chris Benoit vs. Edge vs. Christian vs Shelton Benjamin vs. Kane

Disc three opens with the first ever Money in the Bank Ladder Match. It’s one of the very best MITB matches, if not THE best, with a ton of great moments. Shelton Benjamin is the star of the match – his biggest spots were jaw-dropping at the time – but it’s Edge who triumphed, and he used the MITB prize to ultimately launch his main event career. 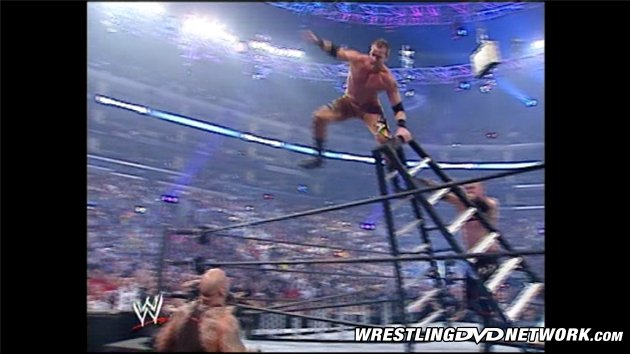 Two longtime rivals and close friends outside the ring, Eddie and Rey had many matches in 2005 as part of a long storyline where Mysterio had Eddie’s number. At this point, the custody of Rey’s son Dominick was at stake, and regardless of your thoughts on that aspect of the feud, the Ladder Match with the “papers” on the line features a great effort by both men. 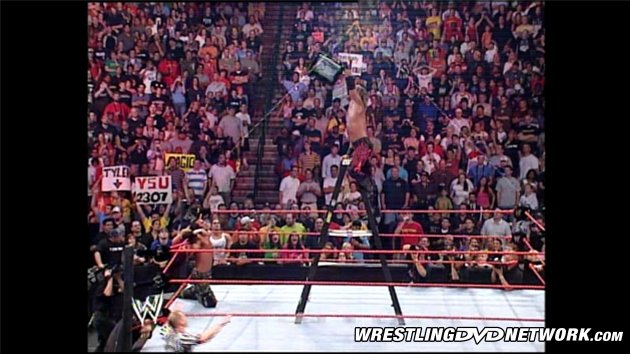 Six months to the day of Edge winning Money in the Bank, he defended the briefcase against Matt Hardy to culminate a rivalry which stemmed from a real-life affair involving Lita. It’s not the best Ladder Match that either man has had (far from it), but it’s still a worthy encounter on what was a stacked RAW Homecoming show.

Edge’s first WWE Title reign was a major ratings-attraction for the company, despite lasting just three weeks. The infamous Live Sex Celebration was followed by his TLC showdown with Ric Flair. Unsurprisingly, it’s the weakest TLC match on the set, but Flair gives it his all, and Edge takes some major risks to ensure that the bout is worthy of the TLC reputation. 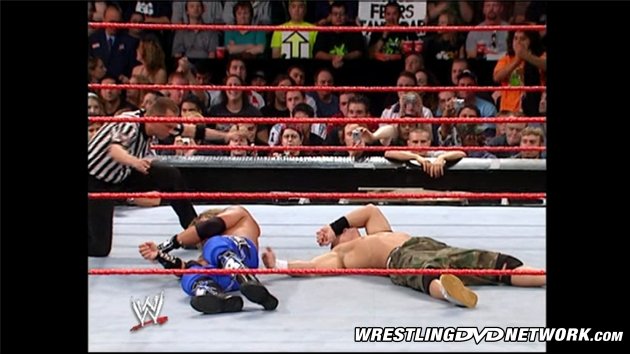 Speaking of which, the Rated R Superstar returns to face John Cena under TLC rules in his hometown of Toronto. It’s a really fun match, one which took place at the peak of the famous Cena-Edge rivalry. The finish (Cena slamming Edge through two tables with an FU off a ladder) ends the contest in spectacular fashion.

A forgotten gem of a Ladder Match, this arguably marked the moment when Jeff Hardy truly re-established himself as a force in WWE, having returned to the company several months earlier. The Rainbow-Haired Warrior (remember that nickname?) is on top form here, but so is Nitro, who delivers the best performance of his career up to that point. 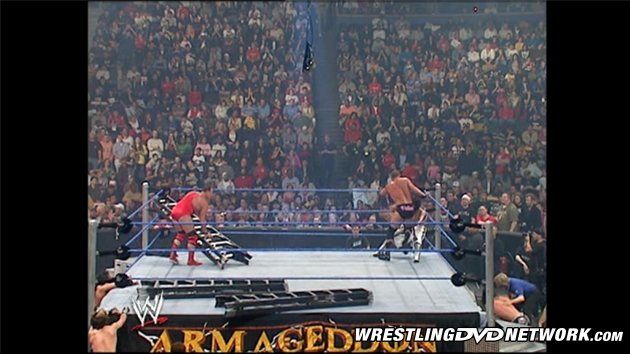 The final match of the DVD is a fantastic four-team clash with several hair-raising moments. It’s most notable, though, for the gruesome injury suffered by Joey Mercury; he suffered a shattered nose after a Jeff Hardy ladder see-saw spot, but given how his eye swelled shut amidst a ton of blood seeping out, the outcome could have been far worse. 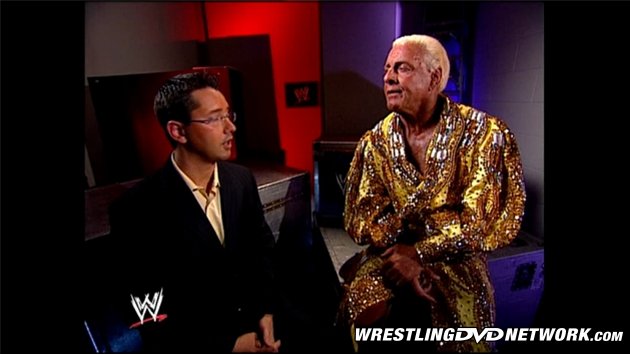 The Ladder Match itself is one of those stipulations which will always evolve and, as such, attract a new generation of fans. In the decade since this DVD was released, we’ve seen Money in the Bank earn its own Pay-Per-View event, as has the TLC match.

We’ve even seen a second Ladder Match DVD released (“Crash & Burn”), which included many Ladder Matches that were not present here, along with other bouts from 2007 to 2011. Chances are that we will get a third Ladder Match DVD in the future, given the popularity of the stipulation (incidentally, leave your comments below as to which bouts you’d like to see on a Ladder Match 3 DVD, in the event that it ever becomes a reality).

But in the meantime, “The Ladder Match” still stands up as one of the best WWE DVDs ever released from the standpoint of delivering classic matches, huge spots and incredible excitement. Whether you grew up watching Razor and Shawn, the E&C/Hardyz/Dudleyz saga, or the growth of the Money in the Bank clashes, this DVD delivers some of the most memorable encounters in WWE history, along with plenty of other great bouts and a few forgotten gems as well.

If you have never seen this one, I would definitely suggest that you find a way to see “The Ladder Match” on DVD; you’ll be rewarded with hours of tremendous, high-risk action. 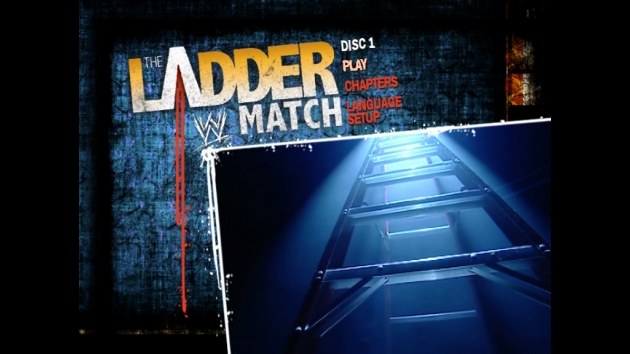