REVIEW: ‘Back to the Territories: All Japan’ DVD – With Jim Cornette & Stan Hansen 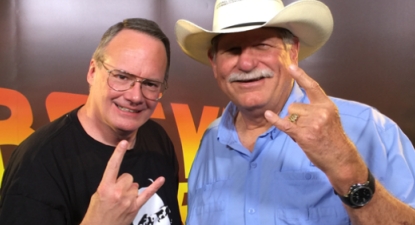 It’s time once again to refuel the DeLorean, activate the flux capacitor, and travel “Back to the Territories” with Kayfabe Commentaries and Jim Cornette. This time around we’re taking a trip all the way to the land of the rising sun to revisit one of wrestling’s greatest promotions, Shohei “Giant” Baba’s All Japan Pro Wrestling, in “Back to the Territories: All Japan”.

“Back to the Territories”, for the unaware, is Kayfabe Commentaries’ historical shoot interview series hosted by KC’s resident wrestling professor Jim Cornette. In each edition Cornette is joined by a special guest to examine the history, stars and legacy of a famous wrestling promotion. 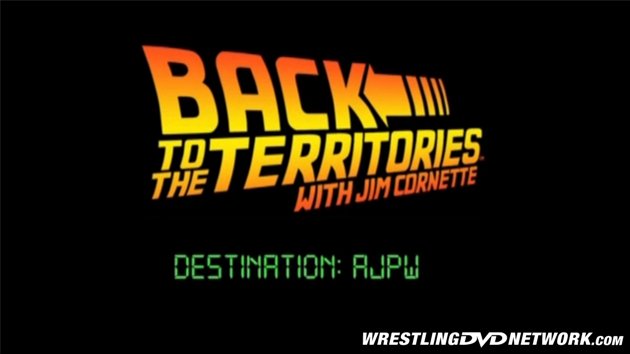 For this one, to break down all things All Japan, Jim Cornette turns to recent WWE Hall of Fame inductee Stan “The Lariat” Hansen, a man who spent most of his near 30-year career, on over more than 130 tours, in Japan with “Giant” Baba’s All Japan Pro Wrestling, becoming easily one of the most famous and popular “gaijin” (foreign) wrestlers in puroresu history.

The program starts with a brilliant three and a half minute summary of Japanese puroresu from Rikidozan and JWA (Japanese Pro Wrestling Alliance), the simultaneous debuts of “Giant” Baba and Antonio Inoki in 1960 (the decreed heirs to the puroresu throne), the murder of Rikidozan in 1963, and finally to the split between Inkoi and Baba that led to both men creating their own promotions in 1972, Inoki’s New Japan Pro Wrestling (NJPW) and Baba’s All Japan Pro Wrestling (AJPW), among other history. For anyone not familiar with Japanese wrestling or its roots this section alone is absolute must-see material. One of the highlights of the “Back to the Territories” series are the opening introductions and this one, in my opinion, is the best yet. 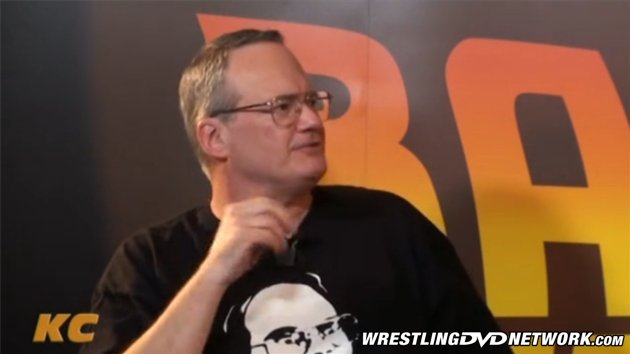 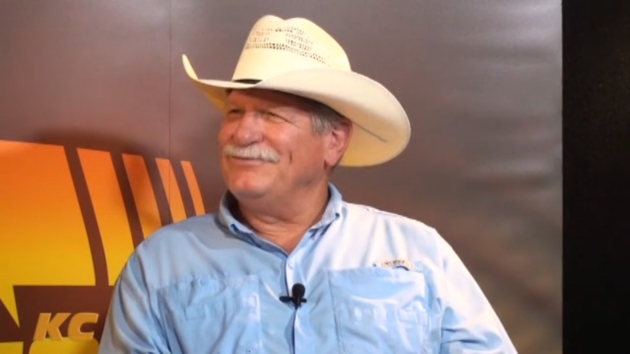 This interview is as much about the career of Stan Hansen as it is the history of AJPW, seeing as both are, to a degree, inseparable. However, that doesn’t mean there is any lack of emphasis on Japan or AJPW. Hansen, one of the few American pro wrestlers to work in every major promotion in the last quarter of the 20th century, had the opportunity to work for both Antonio Inoki’s NJPW and “Giant” Baba’s AJPW, giving Hansen the kind of insight that is impossible to replicate. Hansen details starting out in the Funk’s Amarillo territory in the early 1970s at nearly the same time the Funks became the American booking agents for the new AJPW, which led to Hansen’s first tour of Japan for “Giant” Baba in 1975.

Hansen’s first impressions of Japan are fascinating, especially his memories of working in front of the Japanese fans for the first time. Hansen and Cornette discuss the differences in payoffs in Japan, the popular “”gaijins” of the day, and the overall structure of the business in Japan before turning to Hansen’s run in the WWWF. Covering the infamous MSG match with Bruno and how the rematch at Shea Stadium gave Hansen credibility in Japan, Hansen tells how Vince McMahon, Sr., (the American booking agent for Inoki) sent him to Japan and how the following year and half changed his life forever. They discuss the development of Hansen’s wild gimmick, who inspired it, and how his matches with Andre the Giant in NJPW made Hansen a bonafide star in Japan.

Another compelling portion of the interview has to do with Inoki’s talent raid of AJPW in 1981 that eventually led to Stan Hansen leaving NJPW for AJPW in 1982, including a touching story of how Hansen told his good friend Bruiser Brody, a top star in AJPW at the time, that he was coming over. Hansen discusses touring Japan, how TV was taped and produced, how talent (Japanese and “gaijin”) got over, ticket prices, the fans, and working Japan’s tank towns. Hansen talks about living in Japan and adjusting to the culture, which he quickly fell in love with, and speaks of his admiration for Japanese wrestlers and their pride and conditioning. 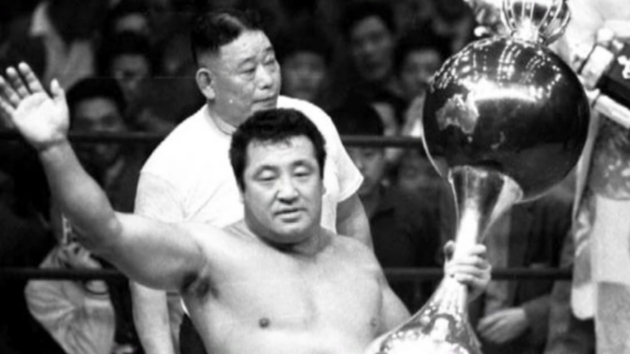 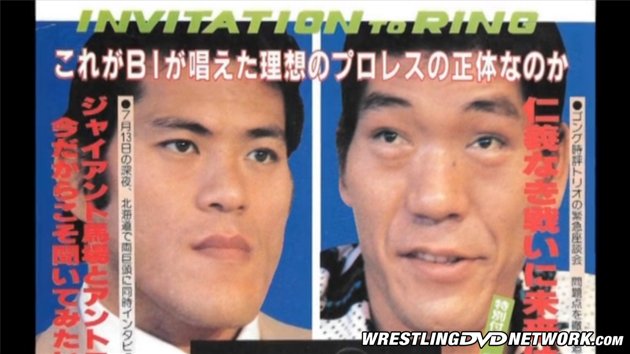 The final section of the interview deals with the splintering of the promotions and Inoki and Baba’s loosening grip on not just talent but the business as a whole that started when Akira Maeda founded the UWF and Genichiro Tenryu formed Super World of Sports (SWS), taking many of the top AJPW stars with him. Hansen and Cornette discuss how AJPW survived and then thrived with Mitsuharu Misawa, Kenta Kobashi and Toshiaki Kawada as the new, young stars of the promotion, leading to AJPW scoring an astounding 250 consecutive Tokyo Dome sellouts.

Along the way Stan Hansen gives his thoughts on working with Bob Backlund, Pedro Morales, Vader, Terry Gordy, Bruiser Brody, Steve Williams, Antonio Inoki, “Giant” Baba and many more, as well as the true story behind his infamous run as AWA World Heavyweight Champion, including why he never wanted the strap to begin with. Hansen also discusses the in-ring accident that brought his career to an end, what he thinks led to the downfall of puroresu, why it lasted for as long as it did with only Inoki and Baba at the top, and details behind the passing of Baba, including how he found out and the impact Baba’s wife taking over AJPW had on the business as a whole. 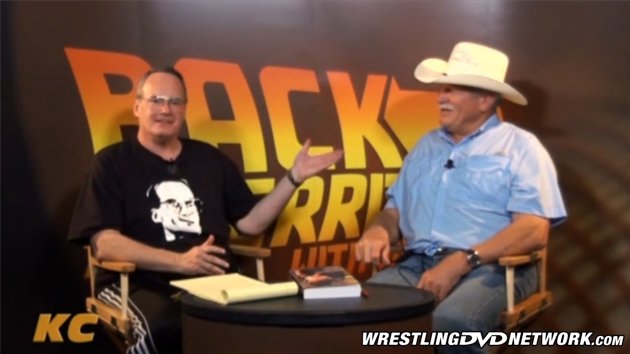 With a total runtime of 2 hours and 24 minutes, “Back to the Territories: All Japan” is quite simply the best of the best. Already a series stacked with instant classics, “BTTT” has somehow found a way to outdo itself yet again. If you’ve never seen the series there is no better place to start than here. Loaded with more stories and history than can possibly be detailed here, this DVD proves once more why Kayfabe Commentaries is the undisputed king of the shoot interview.

Grab a copy of “Back to the Territories: All Japan” at KayfabeCommentaries.com. 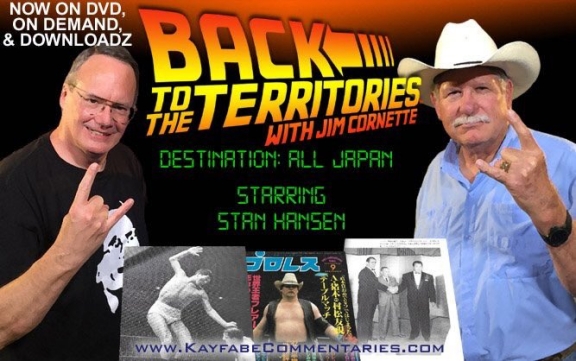