REVIEW: ‘Back to the Territories: AWA’ DVD – With Jim Cornette & Greg Gagne

Put the plutonium in the DeLorean (that’s right, this sucker is nuclear) and strap yourselves in as we prepare to take yet another raucous ride back in time with “Back to the Territories: AWA”. For this edition we’re going back to the “Twin Cities” to revisit one of wrestling’s all-time great promoters and territories: Verne Gagne’s American Wrestling Association (AWA). 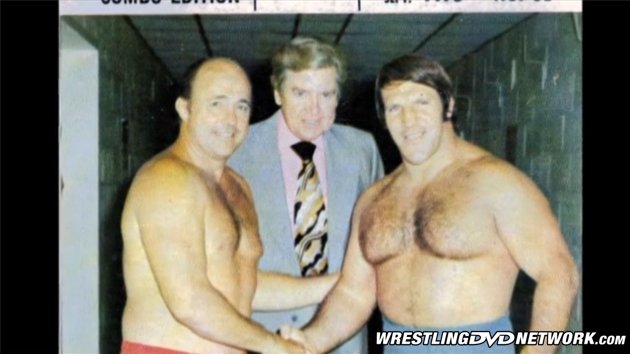 For those new to the series, “Back to the Territories” features Kayfabe Commentaries‘ resident professor Jim Cornette joined by a guest host to discuss the history, stars and legacy of a famous wrestling territory. In this edition Cornette is joined by Greg Gagne, former AWA star and son of AWA co-founder Verne Gange.

The discussion begins with Greg explaining how Verne Gagne ended up in Texas where he won the NWA Junior Heavyweight title. Greg brings up just how big Verne Gagne was in the 1950s and how Verne winning the newly-created Chicago version of the NWA U.S. title put him second to NWA kingpin Lou Thesz. Greg talks about Thesz and Verne wrestling three times, to draws, and how the Midwestern promoters not only wanted to see more of that match but wanted Verne named NWA World Champion, neither of which happened. 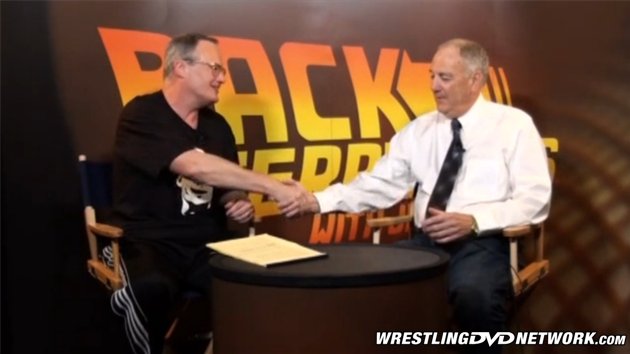 An interesting portion of the interview sees Greg talk about how Verne began selling vitamins on TV after the national boom fizzled in order to help sponsor TV in Detroit, which Dick the Bruiser and Ed Farhat would run, and how Verne bought into the Minneapolis territory and worked to expand it. Discussion moves to the string of events that led to Verne being awarded the AWA title in May 1960, a move that launched the AWA and allowed the Midwestern promoters to secede from the Alliance cartel and join with Gagne. They discuss the AWA stars of the 1960’s including Fritz Von Erich, Gene Kiniski, Dick the Bruiser, The Crusher, Hard Boiled Hagerty, and Butcher Vachon.

We hear how TV and promos were taped and distributed, how Marty O’Neill and Al DeRusha came to the AWA, and how Gene Okerlund got started. The two jump ahead to discuss how AWA TV “worked until it didn’t” which leads to the talent raid of 1983. Greg points out that the WWF not only took the young talent but the time slots as well, targeting the AWA first before anyone else. 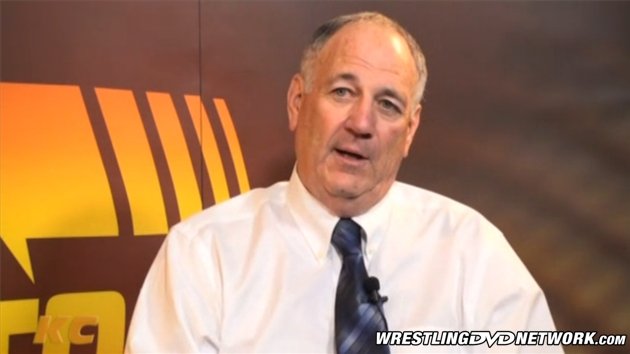 Greg explains how AWA was booked and talks about the famous Gagne training camp that produced such stars as the Anderson’s, Baron Von Raschke, Larry Hennig, Ric Flair, and Ricky Steamboat. Talk then turns to Wally Karbo, co-founder of the AWA, and the other unsung heroes of the office who kept the big territory running. The pair then discuss the infamous Crusher/Mad Dog angle, the Crusher’s sell-out streak in Milwaukee, and how hot the AWA was in the 1970’s. Greg and Cornette then discuss the 1974 movie The Wrestler, Greg and Jim Brunzell winning the tag straps, and Verne’s “last run”.

Also brought up is a detailed account of Greg meeting Hulk Hogan and getting him to the AWA where Verne could polish him and how Hulk left the company in December 1983, including plans for a Hogan/Andre program in February of ’84 that would have led to Hogan winning the AWA title in April. Talk turns to post-Hogan AWA and its stars, including Rick Martel, Jumbo Tsuruta, Larry Zbyszko, Curt Hennig, and Stan Hansen, and how Showboat and ESPN paid AWA, keeping them from going dark. The deal Verne made with Jerry Jarrett in the late ’80s and how the deal nearly killed the AWA is also discussed. Greg tells an incredible story about AWA nearly signing with WGN, a deal that would have saved the AWA, but ultimately fell through. 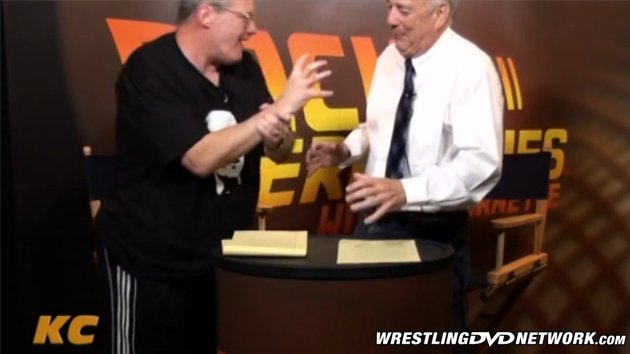 Other topics discussed include Greg’s conversation with Vince McMahon and Kevin Dunn about the WWF’s tactics, why Verne wanted athletes as wrestlers, the psychological structure of an AWA card, the issues with booking Billy Robinson, the best heels in AWA, Eric Bischoff, the infamous WrestleRock Rumble rap video, the definitive telling of the Mad Dog Vachon airplane door incident, if Billy Robinson or Nick Bockwinkel was Verne’s greatest foe, and the story of a TV deal with CBS in late 1983 that could have changed the fortunes of the wrestling business forever. 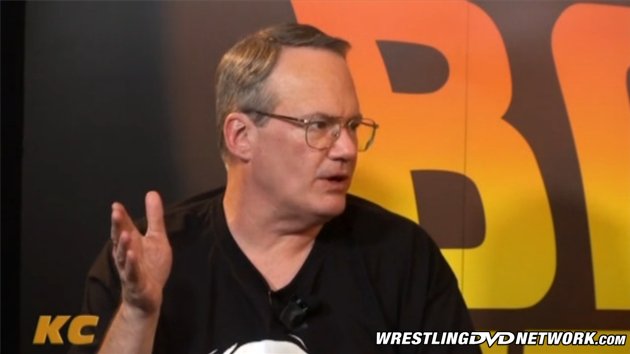 Clocking in at 1 hour and 59 minutes this entry to “Back to the Territories” is unquestionably one of the best Kayfabe Commentaries releases to date and is a must-own for any serious fan. While Greg Gagne comes off at times as a bit of a prevaricator, his recall of events and people are astounding.

So whether you watched the AWA or are simply curious about this incredible territory, this DVD is for you. I cannot recommend this enough. You will not be disappointed.

KayfabeCommentaries.com has the new “Back to the Territories: AWA” DVD available to purchase right now! It can also be streamed instantly On Demand. 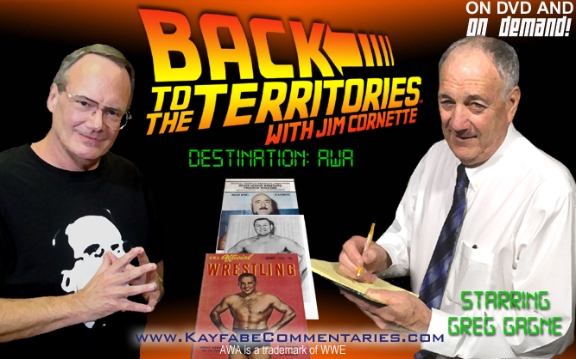