REVIEW: ‘Back to the Territories: Georgia’ DVD – With ‘The Masked Superstar’ Bill Eadie 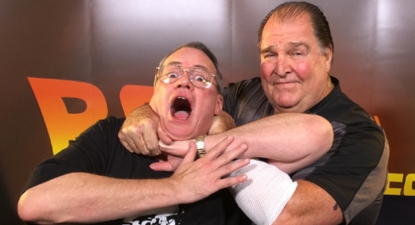 It’s time once again to grab the plutonium, pack our retro clothes, climb in the DeLorean and head “Back to the Territories!”

“Back to the Territories” is Kayfabe Commentaries‘ stellar historical shoot interview series that examines the life, death and legacy of some of pro wrestling’s greatest territories. In each edition Kayfabe C’s resident professor Jim Cornette interviews a territory legend about the stars and the angles that kept it hot and the factors that led to their demise. For the ninth edition of the DVD series Jim Cornette is joined by “The Masked Superstar” Bill Eadie as they head back to “Hot-lanta” and one of the best and most beloved territories of all-time, Georgia Championship Wrestling (GCW) in “Back to the Territories: Georgia”. 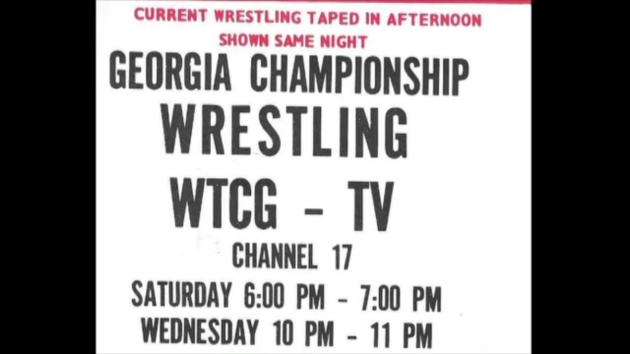 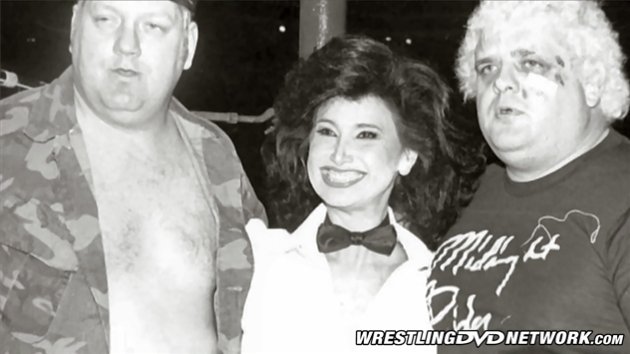 The program begins with an incredible history package detailing the early history of Georgia wrestling, the formation of the ABC Booking office in 1944, the death of star Ray Gunkel (booker/co-owner of ABC Booking) on August 1, 1972, and a rundown of the legendary territory war that followed between Ann Gunkel’s newly-formed All-South Wrestling Alliance and the NWA’s Georgia Championship Wrestling, which replaced the shuttered ABC Booking.

Bill Eadie begins by talking about working for Ann Gunkel during the war and how hot wrestling was in Georgia that two competing promotions could run Atlanta every Tuesday and Friday and sell out. They talk about how Saturday night’s TVs were produced for both groups, with All-South on at 6:00 PM and GCW at 7:00 PM, the beginning of the two-hour block of wrestling for the future WTBS.

Eadie then details the events that led his transformation into “The Masked Superstar” and how he pulled off the feat in the age of kayfabe, a story that may sound ridiculous to younger fans. Both men break down the normal schedule for the territory, how the Omni became the “Garden of the South”, and why every worker worth their salt wanted to work the city, including the AWA and WWWF World Champions.

One of the most interesting parts of the conversations surrounds the differences between the New York and Georgia territories. Bill Eadie points out that New York wrestlers could get by on the promo alone (“Superstar” Billy Graham) while fans in the south expected action from bell to bell that someone like Ivan Koloff, for one, could deliver. Differences in the schedules of the territories meant that the Georgia territory worked the same towns every week, not monthly, and had to offer their fans a more meaningful product built on clever psychology. Eadie points to the 3-match formula in New York being vastly different than the long programs of the south. Very informative and enlightening conversation here, perhaps one of the best in the series to date, and that’s saying something. 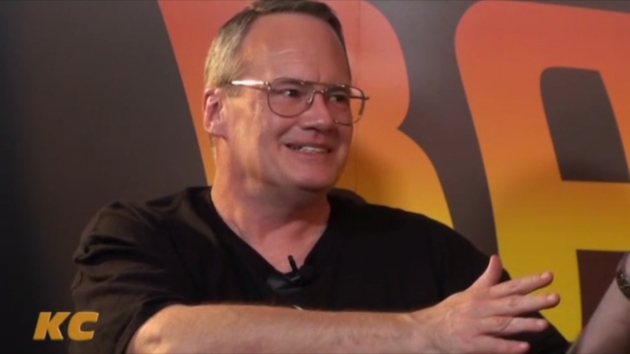 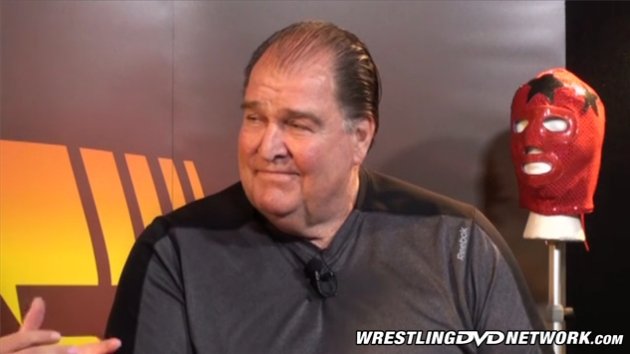 Another key discussion of the interview has to do with how matches, angles, and programs were constructed in the late ’70s and early ’80s. While the two decry the use of writers and producers in today’s wrestling scene it is not the typical jaded conversation one would typically hear but rather a thoughtful back-and-forth of how territory wrestling was designed to cater to their audience and not outsiders, despite the growing reach of cable. The art of the promo and the psychology of such is also dissected in yet another insightful segment.

The most important part of the interview, for me anyways, has to do with the downfall of the territory. Eadie and Cornette break down Ole Anderson pushing Jim Barnett out of GCW and Barnett going to the WWF where Barnett would broker the Vince McMahon/GCW deal. “All of a sudden,” Cornette says, “Ole Anderson has ten percent of nothin’.” “Black Saturday” (July 14, 1984) is discussed in detail as well as Jim Barnett (again) helping to broker the million-dollar deal between Jim Crockett Promotions and Vince McMahon that gave JCP the coveted two-hour Saturday night time slot on TBS and bankrolled the first WrestleMania.

Throughout the interview we get to hear the two discuss the influential Jim Barnett, the famous Masked Superstar/Mr. Wrestling II feud, taping TVs in a local television studio, the importance of the Christmas and Thanksgiving shows, the money of the territory, why NWA/WWWF crossover matches were meaningless to the Georgia fans, and why Nick Bockwinkel was one of the few outside stars to break through in the Georgia territory and be accepted. Bill Eadie also gives his thoughts on Thunderbolt Patterson, Jim Wilson, Andre the Giant, Tommy Rich, Wahoo McDaniel, Roddy Piper, promoter Fred Ward, Ray Stevens, Scott Irwin, and Robert Fuller, to name just some. 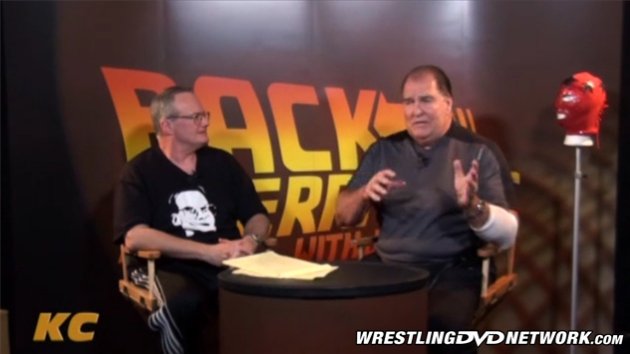 With a running time of 2 hours and 5 minutes “Back to the Territories: Georgia” is the release that long-suffering Georgia Championship Wrestling fans have been waiting for. And, until the WWE decides to do something with their GCW archives, this will remain the definitive GCW release.

This labor of love should be a part of any serious wrestling fan’s collection. Professional and informative these two manage to bring GCW to life in ways few have done before. Once again “Back to the Territories” has outdone itself and produced yet another instant classic, proving why the series may be the best on the market today! If you have yet to watch one of these DVDs, well, this is an excellent place to start!

Grab a copy of the “Back to the Territories: Georgia” DVD from KayfabeCommentaries.com. 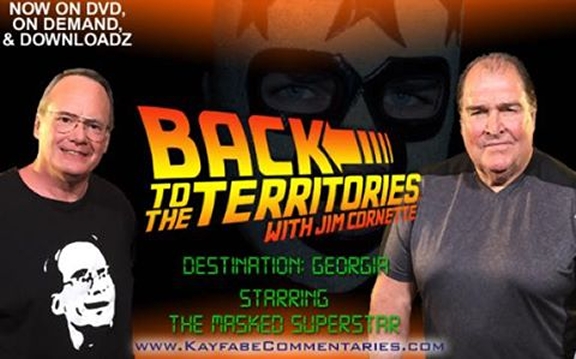