REVIEW: ‘Back to the Territories: Indianapolis’ DVD – With Jim Cornette & Baron Von Raschke 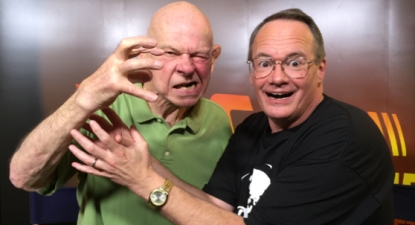 It’s time to step into Stewie Griffin’s time machine once again for a trip “Back to the Territories”. This time we’re heading back to 1964 where the story of Wilbur Snyder and Dick the Bruiser’s Indianapolis-based World Wrestling Association (WWA) begins.

For those who don’t know, “Back to the Territories” is Kayfabe Commentaries‘ historical shoot interview series starring KC’s resident wrestling professor Jim Cornette. In each edition Jim Cornette and a special guest break down the history and legacy of a famous wrestling territory, from its biggest stars and matches to the angles and events that put the promotion on the map and all things in between. For this edition he’s joined by Pro Wrestling Hall of Famer (2013) Baron von Raschke, a three-time WWA World Heavyweight Champion and personal friend of Dick the Bruiser and Wilbur Snyder, to discuss all things WWA Indianapolis. 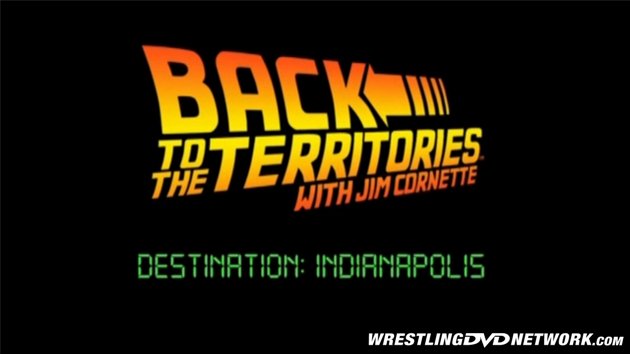 It has quickly become my favorite Kayfabe Commentaries series, and it’s editions like this that make the series so great. “Back to the Territories: Indianapolis” is, for my money, the best edition of the series yet. It’s one thing when the focus is on well know territories, as past editions have been (Mid-South, Mid-Atlantic, Calgary, Florida, & AWA), but it’s another thing altogether when the territory in question is rather obscure, as WWA Indianapolis, unfortunately, has become. 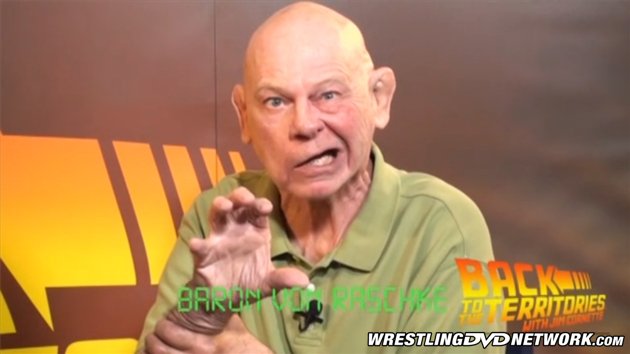 To be honest, I wasn’t all that familiar with Dick the Bruiser’s Indianapolis territory going in to this program. I knew many of the stars, a bit about how the territory came to be, and even about the turf “war” Bruiser waged in Detroit with The Sheik, but not much else. I left the program, however, feeling like I actually knew the territory, having a deeper respect for Dick the Bruiser, Wilbur Snyder, and the rest of the incredibly talented people who made the Indianapolis so special for so long.

The DVD opens with an exceptional vignette that tells the story of Dick the Bruiser’s career. With a flowing narrative and brilliant detail we learn about Bruiser’s troubled amateur football career and his unlikely journey to becoming a star pro wrestler who, in less than 18-months, was challenging Lou Thesz for the NWA World title. The interview itself starts off a bit shaky, with Baron von Raschke appearing to have a hard time recalling events and such, but you soon realize that’s definitely not the case. Von Raschke is a thoughtful, well-spoken man who takes the time to think about a question before giving an answer. Rachke’s incredible recall is just as integral to the success of this edition as Jim Cornette’s own. 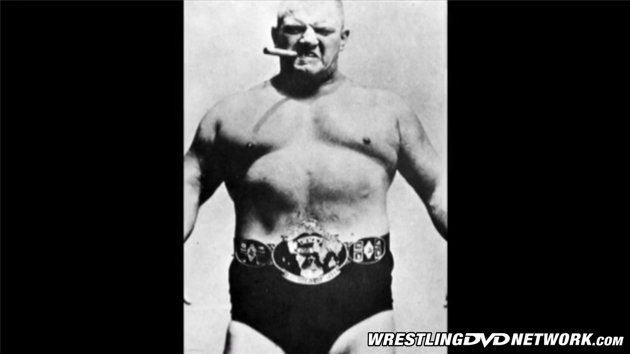 There isn’t much about the territory that isn’t broken down in great detail by both men. Cornette does a masterful job of explaining how Dick the Bruiser and Wilbur Snyder came to own the Indianapolis territory, a series of events far too complicated to get into here, while Baron von Raschke does a fine job describing Bruiser and Snyder as men, wrestlers, and bosses. They discuss the stars who made the territory hot, chief among them Baron von Raschke, who defeated Dick the Bruiser for the WWA title in his WWA debut match on March 7, 1970, igniting the WWA boom in Indianapolis. 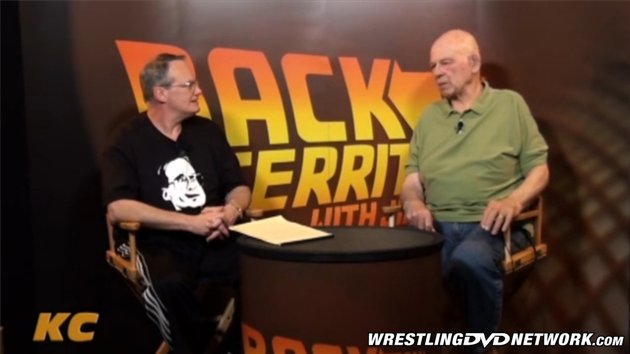 As usual, the two discuss the travel schedule, payoffs, and fans of the territory, as well as the very unique way TV was filmed and televised, and how WWA TV changed (eventually for the worse) when tapings moved from the Indianapolis Southside Armory to the Expo Center.

The program is broken into three distinct sections. The first being the early years of the WWA in Indianapolis from 1964 to spring 1970 where the territory struggled to take off. The second section is devoted to the boom period of WWA from March 1970 to around 1976, including the roughly three year period from 1971 to 1974 that Bruiser ran the Olympia Stadium in Detroit in direct opposition to The Sheik’s Big Time Wrestling. The final section covers the decline of the WWA in the late ’70s and its collapse in November 1991 when Bruiser passed away. Along the way, the interview turns into a genuine conversation where the two simply discuss the ups and downs of the WWA, sharing some funny stories and fond memories of a bygone era. 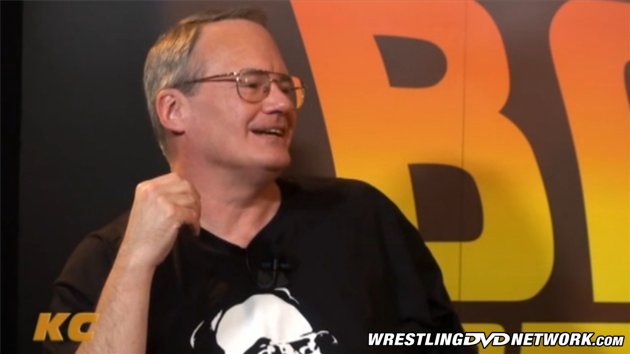 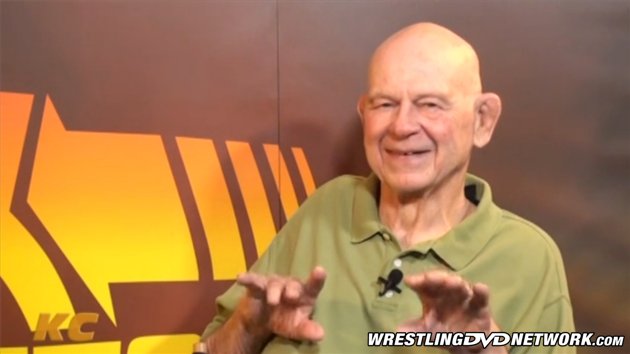 Where “Back to the Territories: Indianapolis” really shines is in its discussion of the talent that made the territory so unique. Yes, there were the big names like Bruno Sammartino, The Crusher & Dick the Bruiser, Baron von Raschke, Ernie Ladd, Harley Race, The Sheik, and Wilbur Snyder, but it was the now lesser-know, often overlooked talent that kept the territory going. Talent like Cowboy Bob Ellis, Billy Red Cloud, Pepper Gomez, Guy Mitchell, and Moose Cholak are spoken of in great detail. Cornette and Raschke also talk about the importance of Bob Luce, the promoter in Chicago, and announcer Sam Menacker to the overall success of WWA Indianapolis.

Clocking in at 1 hour and 35 minutes, the latest edition of “Back to the Territories” is as good as it gets. For those who love the history of the business, and especially the territory days, this release is a must-own. As much as I enjoyed the previous five editions, this one is as close to perfect as this series can get. Future editions have their work cut out for them.

KayfabeCommentaries.com has the new “Back to the Territories: Indiana” DVD available to purchase right now! It can also be streamed instantly On Demand. 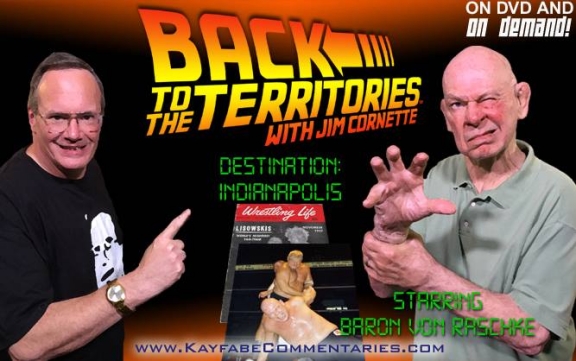