Review: ‘Back to the Territories: Mid-Atlantic’ – With Jim Cornette & JJ Dillon

Here we are, all set for another trip in the DeLorean, and this time to head back to the Carolina’s and the famed Mid-Atlantic Championship Wrestling, the crown jewel of Jim Crockett Promotions. So with me (Mark D “McFly”) as your tour guide, let’s join Jim Cornette and James J. Dillon as we hit 88mph and revisit Mid-Atlantic Championship Wrestling! 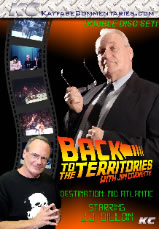 If you’re new to Kayfabe Commentaries’ “Back to the Territories” series, then here is what it’s all about. In the series host Jim Cornette sits down with a fellow wrestling star and they discuss a specific wrestling territory – its big stars, history, classic feuds and milestone moments. In this, the second edition of Back to the Territories, Corney looks at Mid-Atlantic Championship Wrestling. Mid-Atlantic was the wrestling arm of parent company Jim Crockett Promotions, who in addition to wrestling shows promoted other events such as the Harlem Globetrotters in the Carolina’s from the early 1930s onwards.

For this edition of Back to the Territories, Jim Cornette is joined by legendary wrestling manager, wrestler booker and head of talent relations, James J. Dillon. JJ Dillon was a great guest to have here. Not only did JJ famously manage the incomparable Four Horsemen faction in the mid/late 80s (arguably the height of Jim Crockett Promotions (JCP)), he did so all the while working in the office right underneath then booker Dusty Rhodes. Additionally JJ also worked in the Mid-Atlantic territory during the mid-70s for the promotion’s founder Jim Crockett Sr, so his rich knowledge would prove to be an incredible addition to this installment of Back to the Territories. 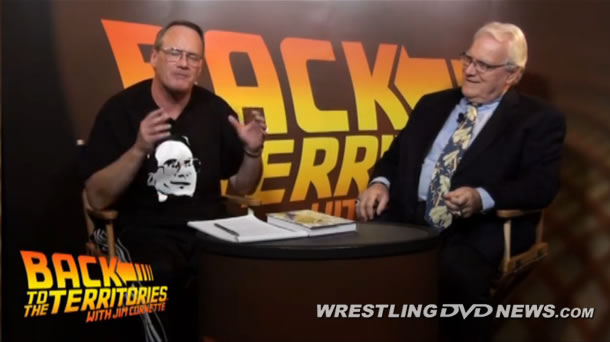 The total run time of this edition of Back to the Territories is 205 minutes and on DVD is spread across two discs of fun. Unlike the first installment of Back to the Territories, this edition is packed with over an hour of bonus matches which were salvaged by Jim Cornette from the garbage. The renowned “garbage tapes” were collected from the trash at the JCP office after Ted Turner purchased the soon to be rechristened WCW from the Crockett family.

The footage was recorded using a 16mm camera in the arenas and dates from between 1973 and early 1980. While there are no complete matches (as that wasn’t the practice to record complete matches in those dates) the footage is really cool to see and gives a great flavor of the action back in the good ol’ days of Mid-Atlantic. Here is a rundown of some of the matches which we were given on the set: 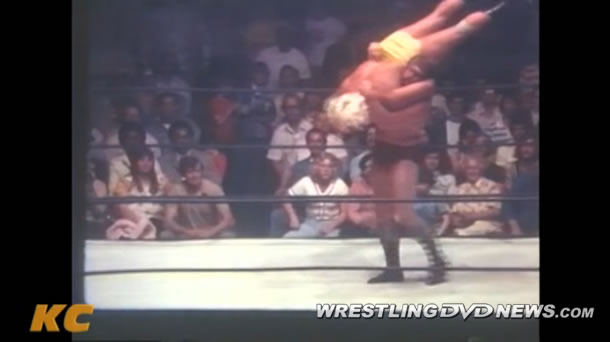 Cornette and Dillon discuss the entire history of JCP from the early days when Crockett Sr. ran the promotion from a restaurant right up through the glory days of the mid 80s and up to 1988 when the company was sold to Ted Turner.

The two wrestling legends discuss a number of topics in between the major milestones – some of the topics looked at include the death of Crockett Sr. and the issues that followed when his son-in-law took over the promotion, only to be superseded by the elder of Crockett Sr’s children: Jim Crockett Jr. Other members of the Crockett family are also discussed such as Jackie Crockett who was a camera man for much of his tenure with the company and David Crockett who would provide commentary for much of the Mid-Atlantic era. Within the discussions about David Crockett, Cornette and Dillon also discuss the announcers brief in ring career and we are even shown some footage of the youngest Crockett competing in the ring under his pseudonym, David Findlay. 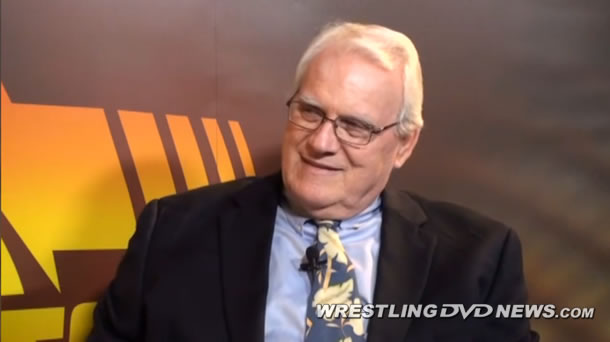 In addition to discussion of the Crockett family, Cornette and Dillon also discuss the major milestones of the promotion such as the purchase of the UWF and some of the top stars in the company like: Johnny Weaver & George Becker, Wahoo McDaniel, Johnny Valentine and of course The Nature Boy, Ric Flair.

While personally I enjoyed the second edition of Back to the Territories more than the first, I will admit that there were a few little improvements which could have been made. While it was nice to have the match footage courtesy of Jim Cornette, it would have been really great to have it added in a way in which Jim Cornette could have introduced it and even if he and JJ Dillon could have provided an “alternate commentary” for the footage, as none of the footage had commentary and some didn’t even have an audio track. It’s very possible that the footage was a late addition, and while I would rather see it included than not, it would have improved the set that little bit more if it would have been integrated a little better. 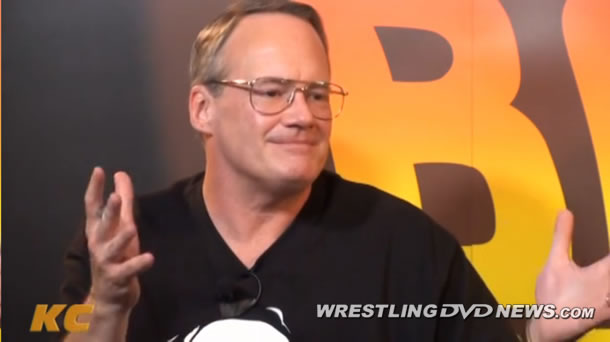 Overall this edition of Back to the Territories was good, VERY GOOD in fact. The better structure allowed for this installment to provide a much better overview of Jim Crockett Promotions and Mid-Atlantic Championship Wrestling and aired on taking the leap from shoot interview into the realms of documentary (also helped with the nice opening and closing video montages). The way in which the set was structured allowed for a more coherent discussion and ultimately an overview of Mid-Atlantic Championship Wrestling.

….also folks, don’t tune out right as the credits begin, because if you keep watching there is a funny little Easter egg for you at the end (I won’t spoil the surprise). 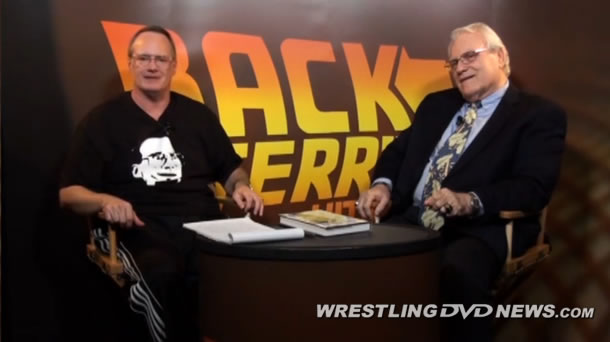 So, that concludes our trip “Back to the Territories”. Now we can all go back to 2015, jump on our hover boards and head down out to the cinema to see Jaws 19 in 3D! …I wonder if Jennifer will still be asleep on the porch when we get back?

Unfortunately we don’t have a clip of Back to the Territories Part 3 to show you at the end of our Part 2 review, however next time we will be heading to the “Wild West” and a trip to Calgary with Lance Storm… funny how that worked out, ain’t it? 😉

KayfabeCommentaries.com has “Back to the Territories: Mid-Atlantic Championship Wrestling” available now to purchase as a physical DVD or to stream instantly On Demand. 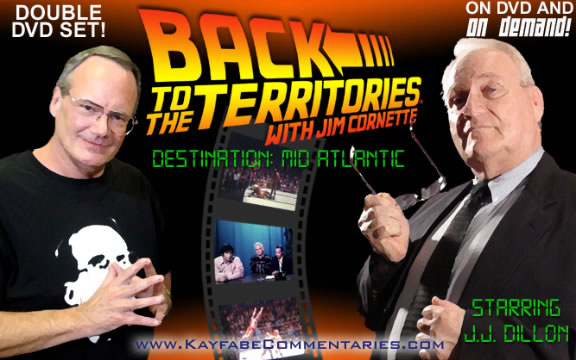