The Breaking Kayfabe series is designed to interview wrestlers who’s lives outside the ring are as interesting as their lives in the ring.  In the past, this has mostly involved wrestlers who have battled some sort of personal demons.  As Cornette puts it in this interview, he has a “wrestling addiction”, and recently, he “quit” that addiction by retiring from the business.

This interview ends up focusing on his most recent endeavors in the industry. It runs 2 hours, 50 minutes, and is for mature audiences. 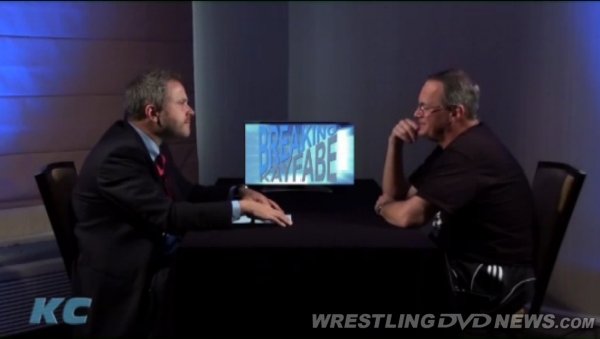 This interview can be roughly broken down into three segments, with a short segment at the end.  It starts with a discussion of why it has been so long since Cornette has done an interview with Kayfabe Commentaries.  Of course, this goes back to Vince Russo.  Cornette was upset KC did an interview with Russo, and he felt that by being mentioned on the YouShoot episode, he was falsely advertised as being involved.  In the end, this just leads to yet another discussion about Vince Russo.  You can tell that Cornette is sick of talking about this, and I’m pretty sick of hearing him talk about it.  It is interesting to see Sean Oliver go toe-to-toe with Cornette in defending KC’s actions, but when the interview devolves to Cornette shooting on Russo, it gets repetitive.

This naturally transitions into a discussion of Cornette’s tenure with TNA.  I wasn’t actively watching TNA during Cornette’s time there, but they don’t go too deep into the actual in-ring product anyway.  The most interesting part of this discussion is Cornette breaking down what happened once Jeff Jarrett was temporarily relieved of his backstage role after his relationship with Karen Angle became public.  This then led to the firing of some of Jarrett’s right-hand-men, like Dutch Mantel and Savio Vega.  Cornette was left as the guy to “keep Russo in check”.  The two men temporarily made amends when forced to work together, but Cornette became overly frustrated and ended up leaving.  His breakdown of the booking of a Sting vs. Hernandez match is fascinating to listen to. 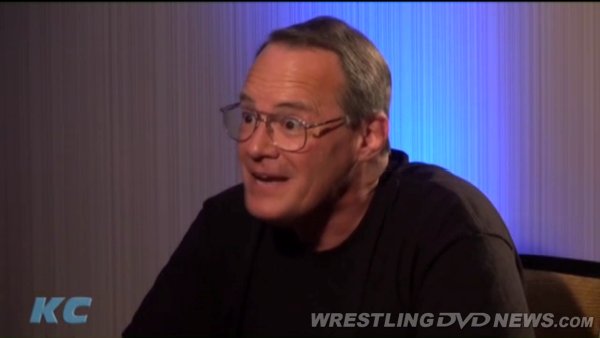 This is simply the appetizer of the DVD, though.  Nearly 2 hours of the interview are dedicated to Cornette running through his tenure in Ring of Honor.  The focus of this part revolves around the purchase of ROH by Sinclair Broadcast Group, and the ways this effected ROH’s product.  If you follow ROH at all, you know that the last few year’s have been rocky for the company.  Their attempted venture into the iPPV industry has been a disaster, and many fans feel that the product has been much weaker creatively.  Cornette left the company in early-to-mid-2013, and now that there has been some distance, I was looking forward to hearing the complete story.

If you are looking for a deep discussion of booking decisions, then you are going to be a little disappointed.  Cornette doesn’t go into these choices too heavily.  He briefly addresses a now infamous quote that it’s better to book Matt Hardy & Mike Bennett than the Super Smash Bros., but other than that, the booking isn’t really brought up.  Cornette feels that the booking didn’t really dip in quality, and that wasn’t the problem with ROH.  Personally, I don’t feel that ROH under Cornette was as bad creatively as a lot of fans like to make it out to be, but I do think his style was a bit outdated.  He still clearly feels that pushing “legitimate athletes” like Roderick Strong and Davey Richards is the way to go, and I’m not sure how accurate that really is today.

What you get instead is a great in-depth look at the business side of ROH after the SBG purchase.  A lot of the blame for the issues plaguing ROH falls on the shoulders of Greg The Office Boy; from the sounds of it, he is pretty deserving of a good deal of the blame.  Of course, we are only getting one man’s perspective here, but I found myself believing most of these stories.  It became clear quickly that regardless of the quality of the product, the issues on the business side were insurmountable.  He runs through his ideas on how he felt the company should have been run, including a home arena/school and a focus on iPPV’s.  Each iPPV is broken down in detail, and as many of you know, a lot of them had issues.  If you are at all a fan of ROH, you are going to love the breakdown of each of these events, and the backstage politics going on around each.  The various towns run are also discussed in detail, culminating in a discussion of the November 2012 TV tapings in Belle Vernon, PA (outside of Pittsburgh).  This is the show that ultimately drove Cornette out of the company.  The discussion of this event is very intriguing; I’d recommend this DVD for this story alone. 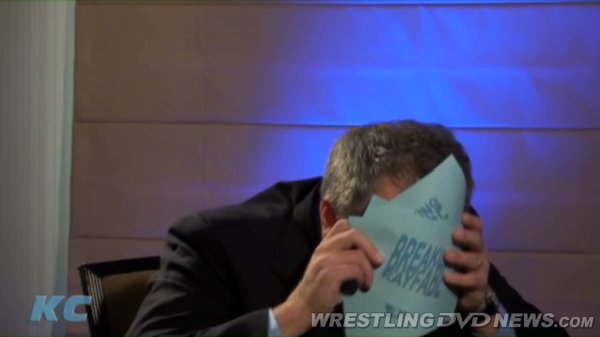 The interview ends with a few non-wrestling questions for Cornette, which are fun as a conclusion.  Sean and Jim both claim no one would want to hear an interview with Cornette discussing his thoughts on French New Wave and Italian Neo-Realism, but I’m hear to tell you I would thoroughly enjoy that!  You also will hear Cornette discuss some controversial topics like religion, which leads to the reaction from Sean Oliver seen above.  It would have been nice to get to hear a bit more about Cornette the person; these questions felt like the type of thing we would get from Breaking Kayfabe, but once Jim starts talking about the business, you can’t stop him.  As expected, this was a very entertaining release.

If you are an ROH fan, or even a fan of independent wrestling in general, this is a must-own (and you probably already ordered it).  Even if you haven’t followed ROH all that closely, you’ll probably still enjoy hearing Jim talk.  He’s a great storyteller, and tells this story very clearly.  I think you get some interesting insights into what it takes to start a nationally produced wrestling company as well.  The year is off to a great start for Kayfabe Commentaries.