Honestly, I went into this shoot interview with very little expectations.  Breaking Kayfabe episodes can go in any number of directions, and I knew this would be very different from the previous installment, which featured Jim Cornette discussing his run in ROH.  I will say that I’ve always been somewhat interested in the career of Shane Douglas.  He seems to have some lofty ambitions, which really began when he organized Hardcore Homecoming in response to ECW One Night Stand, a show I was lucky enough to attend live.  My biggest concern was that this interview would turn into a discussion about Shane’s past drug issues, which, for me, would not have been the most interesting discussion.  Fortunately, it didn’t turn into that, and I never would have guessed just where this conversation ended up going.

The interview runs around 2 hours, and, as always, is intended for mature audiences. 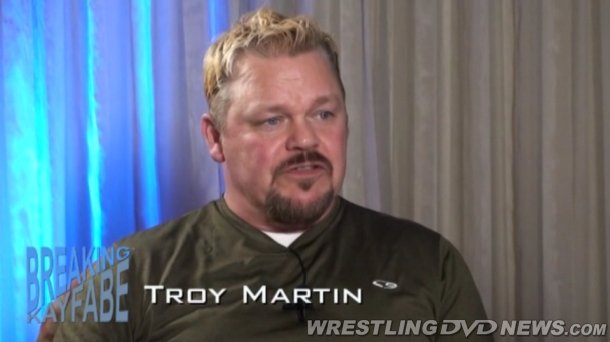 The interview gets going right away with a discussion of what went wrong with Extreme Reunion/Rising.  While I’ve read some reports about this in the past, I never got the full story, so it was nice to get that once and for all here.  This discussion runs around 10 minutes, and after this, wrestling is barely mentioned for the next 90 minutes of the interview.  I did not watch the trailer for this video before watching it, but I absolutely was not expecting the topics to be as diverse as they are.  Troy’s upbringing is discussed, and then the conversation transitions into talk about Shane’s time both as a student and a teacher.  The general state of the American education system is broken down in great detail, and I found this talk quite fascinating.

The education system has always been something that interested me, so I was pretty into this chat.  Of course, if you don’t care much about the US education system, you may be bored over this section of the interview, which runs almost 45 minutes. While this was the highlight of the interview for me, I know many others will disagree.  But if you are interested at all, you will really enjoy this.  Shane even discusses his medical school admission, something I never knew happened to him.  As someone who recently went through the same admissions process, this proves just how smart and put-together Troy Martin really can be when he wants to be.

The topics went a little more quickly after this, starting with a discussion of Troy’s previous marriage and how it ended.  This was my least favorite part of the interview, and felt the most exploitative.  Finally, we get back to some wrestling talk, and Troy offers some interesting opinions on both the WWE Hall of Fame, and the end of “The Streak” at WrestleMania 30.  None of this is groundbreaking, but it’s all interesting conversation.  The last line of the interview is genuinely funny, and I won’t spoil it here (even though it’s spoiled in the trailer). 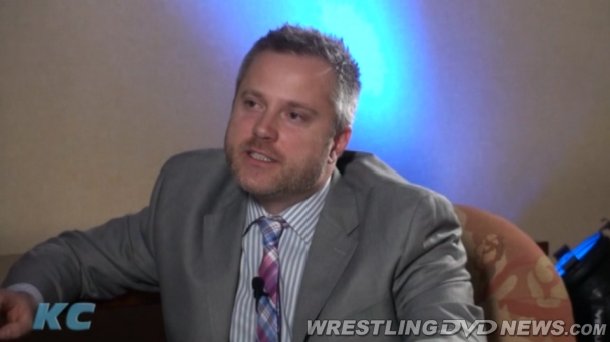 In the end, I enjoyed this interview a lot more than I thought I would.  I was happy that the interview didn’t revolve around “tales of debauchery”, which the Breaking Kayfabe series runs the risk of turning into.  The interview topics were, for the most part, thought-provoking, which helped keep me engaged.  If that is what you are looking for in a shoot interview, then I feel confident that you will enjoy this release.  However, if you are looking for more wrestling gossip or road stories, you definitely will not be getting that here.

I can appreciate Kayfabe Commentaries’ attempt to release a wide variety of interview types, and this definitely stood out as something very unique.