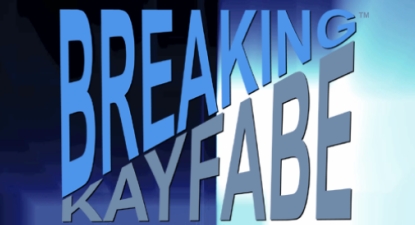 Kayfabe Commentaries‘ innovative and popular “Breaking Kayfabe” series is back with a vengeance, bro!

“Breaking Kayfabe” is Kayfabe C.’s groundbreaking shoot interview series that proves the personal lives of wrestling’s most controversial figures are just as crazy and interesting as their wrestling lives! For the latest edition Sean Oliver sits down with easily one of the most controversial, polarizing figures of the last 20 years of pro wrestling; the former head writer of the “Attitude Era”, Vince Russo. 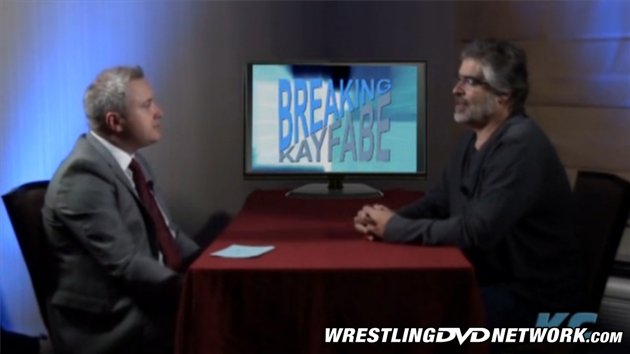 There are very few personalities in professional wrestling that garner the visceral, emotional response as Vince Russo. Fans either love Vince Russo and believe the man a genius, or they curse the air Russo breathes for “destroying professional wrestling as we knew it!”; there isn’t much room for any middle ground. Russo’s been called every name in the book and lambasted for his creative decisions. But who is the man behind the myth? Who is Vince Russo?

That’s what “Breaking Kayfabe: Vince Russo” attempts to sort out.

Like with most editions of “Breaking Kayfabe” the first portion of the interview, about the first 45 minutes, deals with the wrestling business exclusively. Oliver and Russo discuss why everyone hates Russo, what got Russo hooked on wrestling to begin with and how that effected Russo’s writing later on, his thoughts on the likes of Kevin Owens and Sami Zayn, and why “writing up” to the talent’s ability is key to successful writing in wrestling, something Russo feels is being neglected in the current WWE product.

The highlight of the wrestling conversation, for me, was the back and forth about the term “mark” and why smart wrestling fans take such offense to the term. But the term doesn’t just apply to fans. Russo vents his frustration at young talent, in TNA specifically, caring more about the pop of the crowd in the moment and how many stars their match/high spot would generate with Dave Meltzer than the long-term prospects of their career which, Russo argues, the “entertainment” side of the business prolongs: getting over and staying over without taking so many bumps. 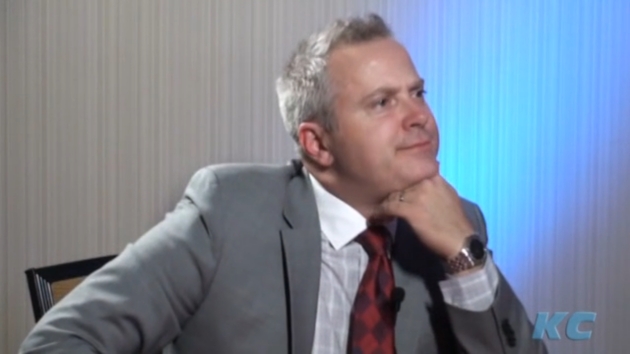 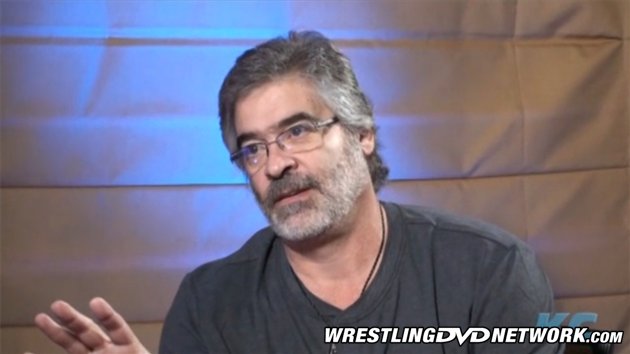 Things begin to go a bit off the rails when Russo attempts to clarify prior controversial comments regarding foreign talent on WWE TV by arguing that he pushed foreign talent in WCW, and accusations of misogyny by using the bible’s book of Genesis to justify women having a “place” and “role” in the world. This all leads to a strange nearly 20-minute discussion of Russo’s belief in Christianity, which, according to Russo, isn’t “man-made” like the other religions. Though Russo can’t explain what it is Christianity does for him, how it changed his already “saintly” behavior (no drugs, no violence, no alcohol, no infidelity), aside from being mean to people, or what it exactly “saved” him from, Russo says it guides his life and shades his view of the world. Though Russo decries “grown men” taking the wrestling business too seriously, Russo uses his religion to justify barring women, such as Dixie Carter, from running a wrestling promotion. Not booking it, simply running it.

Religion aside, we learn about Russo’s childhood and the domineering mother that forever clouded his judgment of all women in all areas of society. Russo remembers school being “easy” and graduating early, though he was not a popular student. In college, at Indiana State University Evansville, Russo recalls being “big man on campus” simply because he was from “New York”, and recounts how he met his future wife, how he knew she was “The One”, the circumstances surrounding their marriage and decision to move back east, as well as Russo’s decision to keep his wife and kids as far removed from the wrestling business as humanly possible! 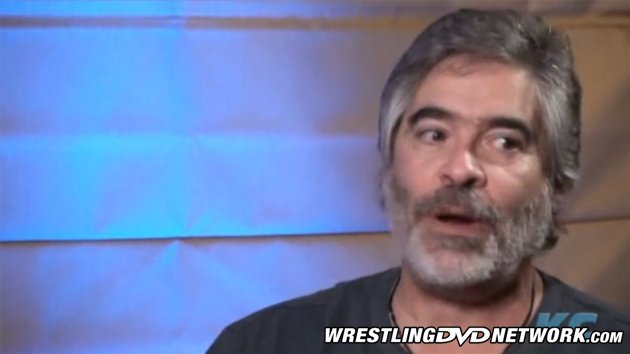 Of course no Vince Russo interview would be complete without discussing the 800-pound gorilla in the room: Russo’s feud with Jim Cornette. The bulk of the conversation surrounds a threatening e-mail that Cornette sent TNA’s head of Talent Relations, Terry Taylor, regarding killing Russo after Corny was sent home (along with Dutch Mantell) in the wake of the Jeff Jarrett/Karen Angle affair that, Russo says, nearly led to Cornette being set-up by Dixie Carter and arrested on the tarmac for terroristic threats. Also discussed is the most recent dust-up which includes the incredible story of the events leading up to Russo acquiring the order of protection, the origins of the “apology” video (and where Cornette was when it was released), what Russo truly wants from Corny, and how Russo thinks the entire story will ultimately end.

And all of this, as they say, is just the tip of the iceberg. Throughout the 2 hours and 27 minutes (little of which seems edited) there is rarely a dull moment. From Russo’s first wrestling card in Long Island at the Commack Arena to his very first girlfriend (a story worth the price of admission) to working with Sean Oliver to his love of (nearly) all things Kiss, Tom Jones, Cher, Adam West, and The Honeymooners to what the next chapter of his life will be, Vince Russo holds nothing back!

From death and taxes to Howard Stern and junk food this “Breaking Kayfabe” is, for my money, the very best of the series thus far, and a release that makes clear that 2018 is going to be, yet again, a helluva year for the folks at Kayfabe Commentaries!

You can pick up a physical copy of “Breaking Kayfabe: Vince Russo” on DVD right now over at KayfabeCommentaries.com, where you can also stream it instantly or download it for later.