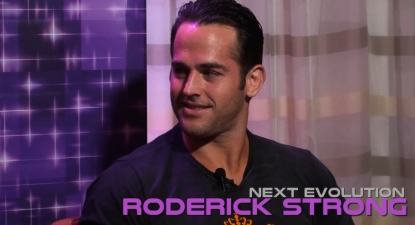 2017 thus far has been yet another banner year for the folks at Kayfabe Commentaries.

On the heels of instant classics like “YouShoot: Tod Gordon”, “Timeline: The History of WWE 2007”, and “Back to the Territories: All Japan” KC releases what must be considered an early front-runner for their DVD of the year with “Gabe Sapolsky’s Next Evolution: Roderick Strong”.

In “Next Evolution” renowned booker Gabe Sapolsky sits down with a WWE bound indy star, whose career Sapolsky helped shape, to evaluate their evolution from young rookie to elite superstar and the booking decisions that got them there. In the second edition of the series Gabe is joined by one of the best pure wrestlers in the world today and recent WWE NXT newcomer Roderick Strong to break down Strong’s evolvement and maturation through five Sapolsky-booked matches from Full Impact Pro (FIP) and EVOLVE. 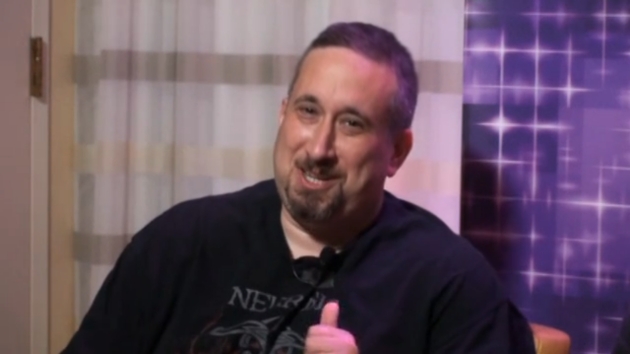 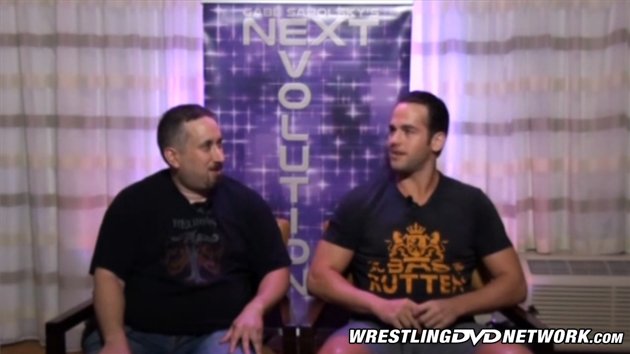 For the first several minutes Gabe and Roderick tell how they met, how Strong’s Ring of Honor debut (a four-way dark match at Glory by Honor II in September ’03) came to be, and how a match against Sonjay Dutt at Jersey All Pro Wrestling’s Revolution event in February ’04 cemented Strong’s place in ROH. Strong talks about working with Hydro at the Do or Die 2 pre-show before being told he would have to wait until something came up. That something, one month later, was very nearly the end of Ring of Honor Wrestling when Rob Feinstein was arrested and Gabe, out of necessity, created “Generation Next”, the angle that would transform ROH and the careers of all involved.

The remainder of the program is dedicated to matches. As with the previous edition, the matches themselves are incredible. All five matches are shown in their entirety, including entrances, with the original commentary playing in the background. Sapolsky and Strong are visible the entire time in the lower right hand corner, providing a sort of director’s commentary for the matches.

This interview was taped hours after Roderick Strong’s final EVOLVE appearance (a submission loss to Matt Riddle) on July 16, 2016. 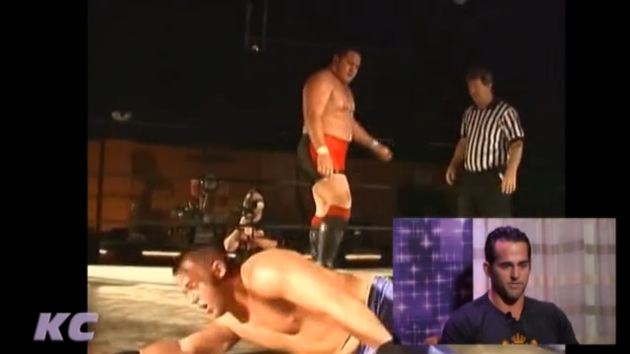 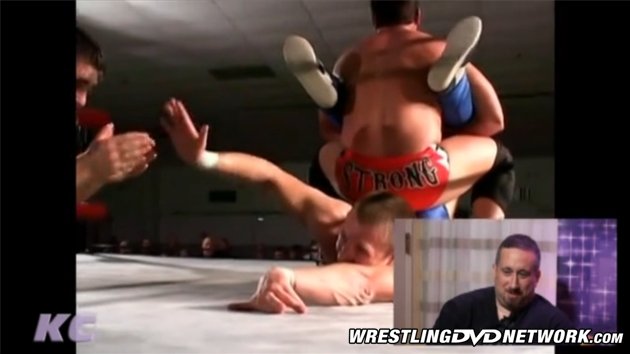 Through each of the matches Gabe Sapolsky explains why the matches were booked the way they were, the background behind the booking, and the ideas coming out of them, including changing plans on the fly when a match over-delivers, as was the case with the classic Strong/Gallows match from EVOLVE 35. Sapolsky dissects the differences in booking the young Roderick Strong of 2004 over the more mature, seasoned wrestler of 2016 as well as describing how talent can be both protected and forced to grow at the same time, stressing just how important confidence, between the booker and talent and within the talent themselves, is to successful booking. As a fan of the art of wrestling and how a match goes from an idea to paper and, finally, to the ring, Gabe’s insight and openness are priceless. It’s impossible to watch this and not leave with a newfound respect for bookers as a whole and especially Gabe Sapolsky. 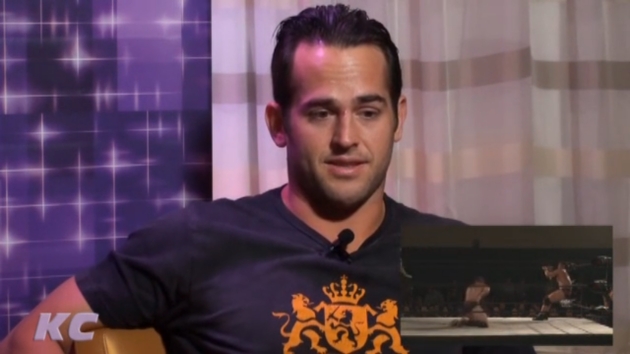 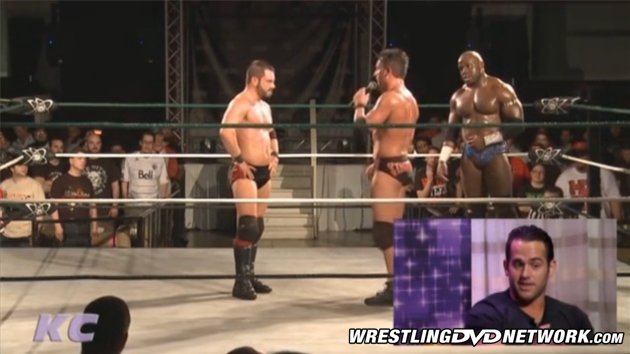 While Gabe’s booking is a large part of this program the real heart of this release is in Roderick’s Strong’s journey in the ring as well as within himself. Throughout the interview Strong talks about the ups and downs of his career and how at every turn he looked inside himself, pushed himself to be better, and sought to learn everything he could from everyone he worked with.

Two portions of the interview stand out, for me at least, as primary illustrations of Roderick Strong as a man and a professional wrestler. When talking about younger talent citing Strong as an influence Roderick becomes emotional, saying that he was a kid when he came in with no formal training and whose troubled childhood left him unwilling to trust, and that it’s “crazy” to think he’s a role model now or someone others want to work with. Later Strong discusses the importance of helping younger talent as he himself was once helped, citing his work with Matt Riddle earlier in the night and Riddle’s willingness to grow. “There’s so many guys in wrestling that just don’t wanna learn anymore, I feel,” Strong says. “They wanna do what’s popular, they don’t wanna become the best version of themselves.” It’s clear as I watched this set that Strong’s own journey to be “the best version of himself” is far from over and that if past is prologue we ain’t seen nothin’ yet!

At 1 hour and 49 minutes “Gabe Sapolsky’s Next Evolution: Roderick Strong” is truly a must-see for an serious wrestling fan and proves yet again why the fine folks at Kayfabe Commentaries are the undisputed kings of the shoot interview!

KayfabeCommentaries.com has the new “Gabe Sapolsky’s Next Evolution: Roderick Strong” DVD to add to your collection now. Alternatively you can stream it or download it for later.

There’s also a “Signature Edition” DVD available for this one! 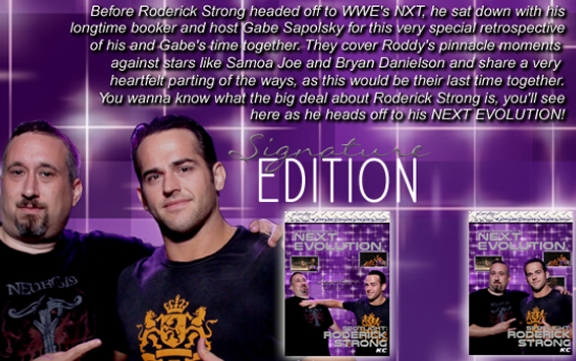