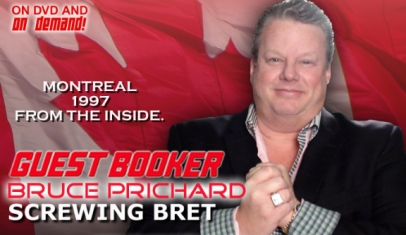 I think it’s time to put a (minimum) 10 year moratorium on discussions of the Montreal Screwjob.  This thing has been discussed way more times than I can count, and we’ve heard about it from almost every major name involved in even the slightest way.  There’s not much left to say about it.  This seemed like a strange topic for the Guest Booker series, and I wasn’t sure how exactly they were going to deal with it.  The Guest Booker series involves a current or former wrestling “booker” laying out a new storyline for a famous angle in wrestling history.  Past installments have involved the Invasion angle, TNA, an ECW relaunch, and more.  Since the Montreal Screwjob was less a booking decision than a backstage negotiation gone wrong, I was confused as to what Bruce Prichard was going to lay out.  In the end, the booking part of this release doesn’t really have much to do with the Screwjob itself, and it’s all the better for that.  The full runtime is 1 hour, 45 minutes, and it is for mature audiences. 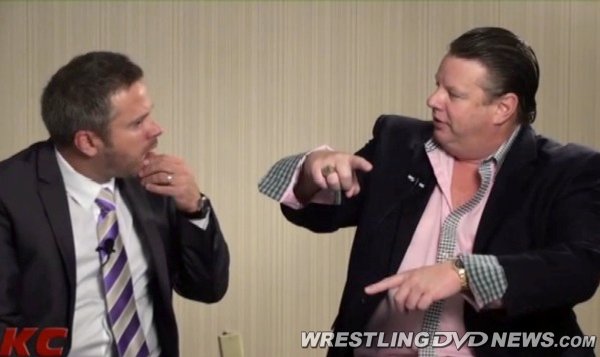 The interview is broken up into three large chunks, and the first 45 minute focuses on Bruce’s history as a booker, and his booking philosophy in general.  This was my favorite part of the interview.  Bruce Prichard has always been a somewhat controversial figure, but I knew very little about him.  He was a booker with WWE for a very long time, and was also briefly with TNA, so it was great to hear him talk about these experiences.  I’ve always been interested in listening to general interviews with bookers; it’s a complex job, and the creative decisions behind storylines are fun to hear about.  The highlight for me was the discussion of the Bret/Owen storyline that Bruce was a part of setting up.  I thought Prichard came across as a smart guy, and I honestly am not sure where some of the dislike for him really comes from.  He isn’t a huge personality, but he is entertaining enough that the interview stays interesting.  I could have done without the TNA discussion; nowadays, ragging on TNA has become totally overdone, and I don’t need to hear it any more. 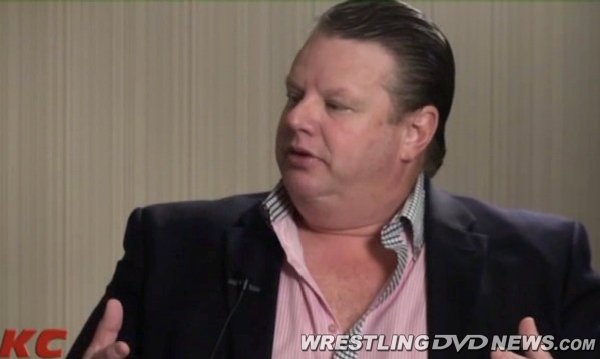 The second portion, which runs about 30 minutes, goes into the details of the Screwjob itself.  Bruce discusses everything he knew that went into the decisions made in regards to the match.  As it turns out, Bruce wasn’t let in on the final decisions, and even as the match was occurring, he was expecting a different finish.  This was easily the least interesting part of the interview.  As I mentioned earlier, we’ve heard pretty much everything there is to hear about the Screwjob at this point, and I don’t feel like we needed another interview.  Bruce wasn’t very heavily involved in the decisions, so he can’t add that much to the discussion.  This isn’t a fault of Bruce himself, it just wasn’t a great topic for him.  Hopefully this is the last breakdown of the Montreal Screwjob I hear for a long time.

Finally, we get into the actual “booking” part of the interview, which runs for about 30 minutes.  Bruce breaks down how he would have booked WWE’s top storylines from Survivor Series 1997 to WrestleMania XIV, assuming Bret had remained with the company up until then, and the Screwjob never had to happen.  Another fun wrinkle that is thrown into the booking is the possibility that Hulk Hogan would have returned to WWE in late-1997 rather than re-upping his contract with WCW.  Bruce runs through the booking plans he would have made, mostly focusing on Hart, Michaels, Hogan, and Austin.  As Bruce mentions many times, regardless of what happened in Montreal, the plan was always to make Steve Austin “the guy” at WrestleMania XIV.  This doesn’t change in his new plans.  This segment was a lot of fun to watch through once, especially with the added discussion of Hogan’s potential WWE return.

It may sound like faint praise, but I enjoyed this interview a lot more than I expected.  The main reason for this is that the Screwjob itself was only discussed for about 30 minutes of the full runtime.  The rest of the interview was pretty enjoyable.  Bruce is an interesting personality, and as far as I could tell, he was just interested in telling it like it is from his perspective.  I wish the complete interview would have been more similar to the first half; a general discussion of Bruce’s booking philosophy, breaking down some of the more famous storylines that he was involved in.  Although the booking portion at the end of the documentary was fun, it’s not something I could see myself watching multiple times, while I may revisit the first half again.  If you are interested in the booking side of the industry, I would recommend the interview for the first half.  Just don’t expect to gain much new insight in regards to the Screwjob.

“Guest Booker with Bruce Prichard” is available now at KayfabeCommentaries.com.