For the uninitiated, Kayfabe Commentaries‘ Guest Booker series has KC’s own Sean Oliver sitting down with some of the most creative minds in professional wrestling in order to pick their brains. Usually, the meat of the interview is where the guest will rebook an iconic period of history, explaining their changes as they go along. However, in this case, the marketing for this edition focuses solely on the reported wacky ideas of the former “Disco Inferno”. But does it live up to the hype? Are the ideas of Disco Inferno truly “out of this world”? Read on to find out… 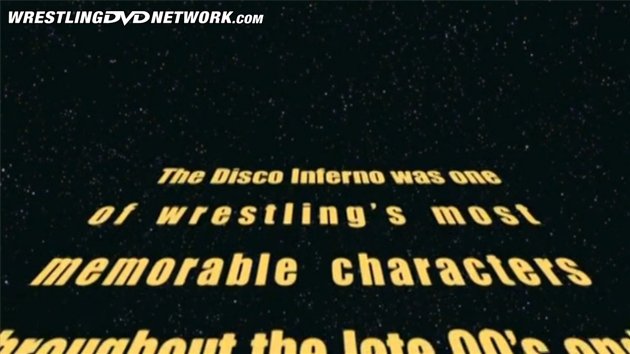 The first thing that Gilbertti insists on pointing out is that he isn’t a “Booker”. He never wrote anything down and instead just loved to throw out ideas. He also makes it very clear early on that he is a student of Vince Russo. If I’m being totally honest, this concerned me at first! I assumed it would completely break down into an assassination of the in-ring product. Granted, he does admit to finding workrate overrated, but he also demonstrates a solid understanding of wrestling’s past. Glenn may prefer the entertainment side of the industry, but he does his best to explain why. I may not have agreed with all of his philosophies, but I respected his reasoning for those opinions.

I must say though, that I did find some flaws in the portion discussing his past history in booking committees. In particular, when he discusses Dixie Carter’s involvement in the creative side of TNA, he seems to stumble slightly when trying to explain why she was a problem. The best he can really come up with is that she pushed the use of celebrities and allowed the dirt sheets to get to her constantly. He never goes so far as to say that she heavily influenced the product however. He just seems unable to cite any evidence for the vague claims that he makes. His recollection of his time in WCW is markedly better though, with him even dishing the dirt on the origins of the infamous Disco Duck. Gilbertti stands by the notion throughout this entire video that he was there to create something fun, new and different. Disco Duck was just one example of this. 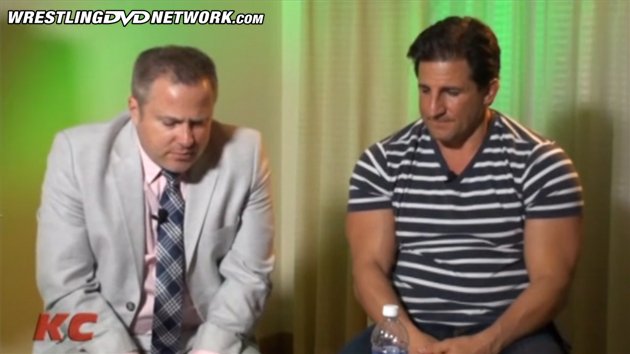 The last quarter or so of this 116-minute release focuses on how Glenn would have booked some of his more zany ideas over the years. These include Bill Ding the evil architect, The Invisible Man and the notorious Martian Invasion. Other ideas are discussed, but these are the main topics analysed. Yes, these storylines are as Wrestlecrap-worthy as they sound. However, the former Disco Inferno so gleefully puts his angles together, barely even thinking twice about the pay-off. He looks at what he sees as fun, adds his spin to it then loosely molds it into the pro wrestling genre. It really is goofy fun. His plan for January 1st, 2001 just has to be heard to be believed!

This isn’t as serious as some other Kayfabe Commentaries releases. While Glenn Gilbertti does his best to explain his viewpoints on wrestling, that isn’t really the selling point of this video. The philosophical discussion is interesting enough, especially when he does a pretty solid job of defending the Vince Russo inspired crash TV. He struggles to give too much insight into his past experiences though, which leaves a fair amount of the “background” portion a little soft. The real point of this show is to marvel at the absurdity put before us. No, it isn’t meticulously thought-out planning and purists would almost definitely blow a gasket, but the booking on display here is infectiously carefree and joyfully random.

“Guest Booker with Glenn Gilbertti” is available now at KayfabeCommentaries.com.