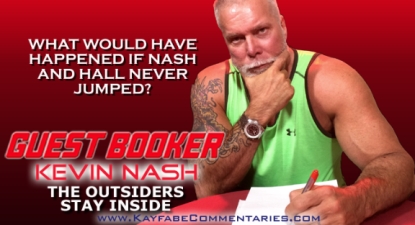 It’s been a while, but “Guest Booker” is back with one for the ages!

In each edition of the long-running “Guest Booker” series, Sean Oliver of Kayfabe Commentaries sits down with one of wrestling’s greatest minds to “re-book” a classic angle, era, incident, or fantasy scenario in an attempt to answer the burning question – “What If?” 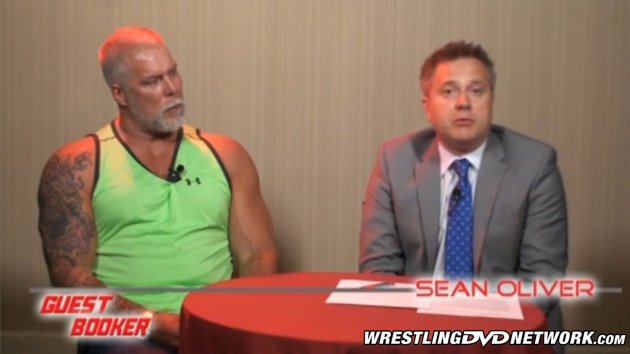 This latest edition drafts in Kevin Nash, former head of WCW’s booking committee in 2000 and one of the founding fathers of the New World Order, to talk about what might have been had The Outsiders not jumped to WCW in 1996, in “Guest Booker with Kevin Nash”.

As with other “Guest Booker” releases, the first portion of the interview (in this case the first hour) deals with Kevin Nash’s philosophy of booking (“keep it real”) and his experiences as a member of WCW creative. In this section of the interview we hear Nash’s thoughts on what makes a good or bad booker, if fans should be listened to, booking committees, and the difference between a booker and a writer. Nash discusses what made him want to join the booking committee in WCW, how he came to be on it, and what inspired his booking ideas. 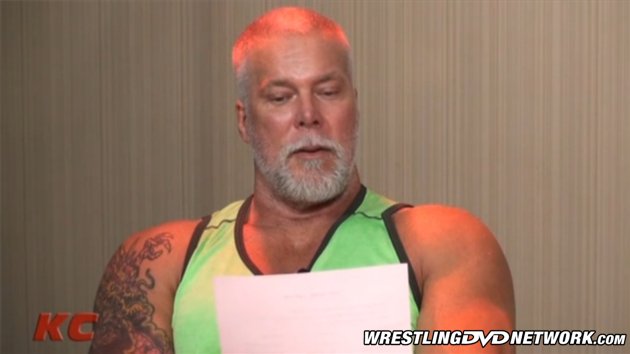 While Kevin Nash continues to get tremendous heat from fans over how he booked WCW in 2000, Nash makes it clear that very little of what was seen on TV was what he actually wanted to do. Be it Turner’s legal department, the desire by some to “protect their sh*t”, or others looking to undercut him, Nash was never fully able to push WCW in the direction he felt they needed to go. WWF, meanwhile, was pushing violence, half-naked women and sexually charged angles, something WCW was not allowed to do. “And they’re wondering why we can’t draw a dime and a number,” Nash says.

The second portion of the interview deals with anything and everything having to do with Kevin Nash and Scott Hall jumping to WCW in the spring of 1996. For the hardcore fan there’s nothing new here. And though there is a bit more insight into what was going on in the WWF at the time and how the locker room and Vince McMahon reacted to their departure, there isn’t anything here that couldn’t be found in other places. While this portion is entertaining and illuminating, the lack of any new information may make it somewhat tedious for those fans already in the know. 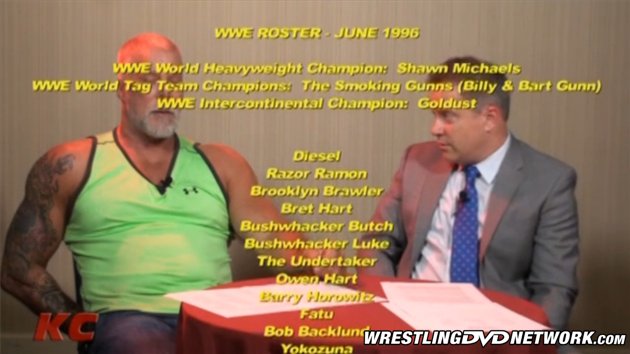 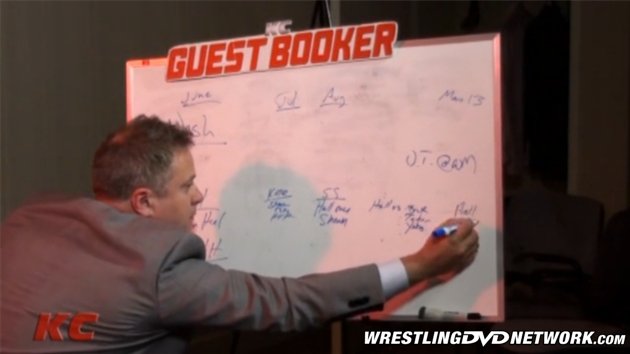 This all leads to Kevin Nash re-booking the WWF from WrestleMania XII in 1996 to WrestleMania 13 in 1997. Immediately, upon looking at the roster, Kevin Nash understands how daunting a task it would have been. The first thing Nash would have done was get rid of as many gimmicks and characters as possible, suggesting a Jim Jones/mind control sort of character who could have driven the gimmick out of talent like “Dr. Isaac Yankem”, “Aldo Montoya”, and “The Godwinns”, as Raven had done in WCW. The aim being to emphasise people over characters.

Many will watch this interview and remark that “once a member of the Kliq, always a member of the Kliq” in respect to who Nash pushes. The trouble with that argument is that it’s hard not to see how Nash isn’t right. While Nash would have continued to push Bret Hart, Undertaker, Mick Foley, Steve Austin, and others, the top spots in the WWF in 1996 and ’97 would have belonged to Razor Ramon, Shawn Michaels, and Diesel. Being in a clique seems to have little to do with it, in Nash’s mind, as these were the wrestlers moving the most merchandise and having the best matches. 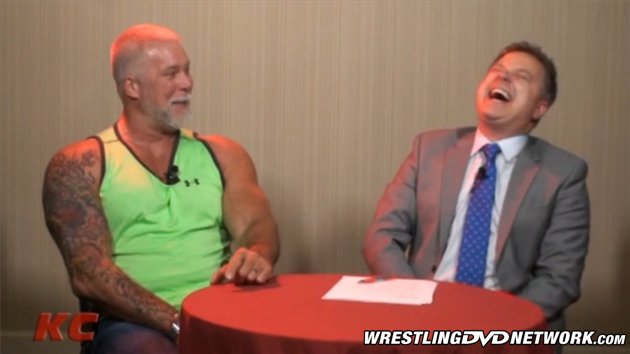 But fantasy booking and philosophy are far from the only things discussed in this interview. Kevin Nash touches on everything from who he thinks would make good bookers, if TNA can be “saved”, how to light a fire under WWE again, the impact of ratings, and if it’s difficult to be one of the boys while on the creative team. We also get a thorough word association game where Kevin Nash gives his candid opinions on those he worked with on WCW’s booking committee.

Clocking in at 1 hour and 58 minutes, the new “Guest Booker with Kevin Nash” DVD is quite the masterpiece — Kevin Nash is thoughtful, insightful, and hilarious throughout in an interview devoid of a single dull moment. And whether you’re a fan of “Big Sexy” or not, this is frankly a must-see shoot interview, one that will educate you as much as entertain you.

You can grab “Guest Booker with Kevin Nash” right now at KayfabeCommentaries.com.

It’s available to own on DVD, stream instantly, or download to your device for later.