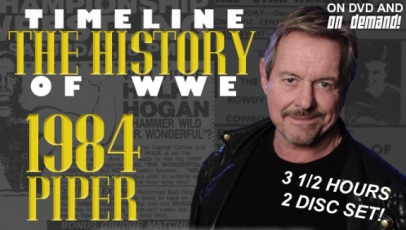 Without question, this was the most excited I’ve been for a Kayfabe Commentaries release since I started reviewing them for WrestlingDVDNews.com. Roddy Piper is an electric personality, and he seemed like the perfect fit to discuss WWE in 1984, the year he (and his classic Piper’s Pit segment) debuted for the promotion.  1984 was an important year for the promotion in general, with the ascension of Hulk Hogan, the start of the Rock ‘n’ Wrestling Connection, and the debut of a lot of famous talent.

We also were given a pretty hefty runtime for the interview, which allowed Piper to go into as much detail as he wanted on each of these different moments.  When I first started watching the DVD, I honestly was a little concerned that this may not live up to expectations.  As I continued watching, though, I found myself really enjoying the interview.  The runtime of the DVD is approximately 3 hours, 30 minutes, and it is intended for mature audiences. 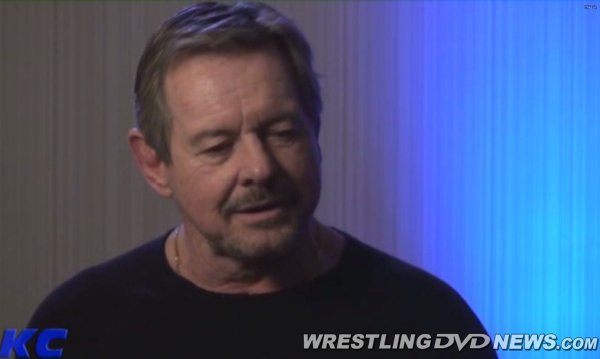 If you’ve found your way to our website, I’m sure you are at least somewhat familiar with Roddy Piper.  There’s no question that he is one of the greatest wrestlers “on the stick” in the history of the industry, and he’s widely regarded as the greatest wrestler to never win the world title (something Piper takes as a huge compliment, as he explains during the interview).  Early in the interview, though, Piper admits he can have a bit of an “ADD personality”, and sometimes his answers to questions can wander to weird places.  At first, this felt like a distraction.  When I come to a Timeline release, what I really want is a somewhat focused breakdown on the events of that year.  With Piper, the interview wasn’t super focused, but in the end, that wasn’t always a bad thing.  I’ll mention a few specifics later, but this led to a lot of interesting stories being told.  It also becomes clear fairly early on that Piper wasn’t “on the inside” of a lot of booking decisions or creative meetings, especially early in his tenure.  He viewed the industry as “a job”, and it felt to me that he didn’t focus on the ins and outs of the industry outside of his own career.  Therefore, he isn’t able to go into as much detail as you might want on some of the bigger WWE moments of the year, such as Hogan’s title win.  In fact, “Black Saturday” is mentioned in an on-screen graphic, but a discussion of the events are totally skipped over. 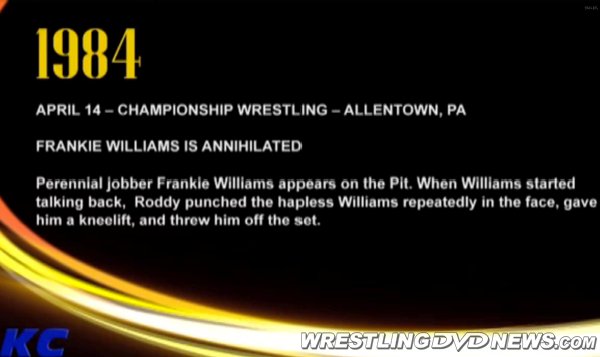 Now that I’ve gotten the potential negatives out of the way, let’s focus on all of the good stuff, because there is a lot of it.  This shouldn’t come as a huge surprise, but the interview is at it’s best when Piper speaks about the moments he was a part of himself.  Arguably the two most famous Piper’s Pit segments, featuring Jimmy Snuka and Frankie Williams, both occurred in 1984, and both are discussed in great detail.  While we’ve all seen these segments before, I hadn’t heard the story behind them from Piper, and the stories were more interesting than I would have expected.  This also allowed Piper to break down Snuka’s popularity in general, which was put into an interesting perspective.  In regards to Piper’s career, the other big standouts of this year were the beginning of his feuds with Hulk Hogan and Cyndi Lauper, which would lead to WrestleMania.  While WrestleMania would not happen until 1985, it still is addressed a few times, and I feel like this is the first time we’ve really gotten the “true story” behind the match and feud with Hogan from Piper himself.  This is only scratching the surface of the Piper-centric moments discussed throughout the interview.  From his WWF debut onward, it’s all discussed, and these are easily the highlights.

This interview has already come under a bit of controversy due to comments Piper made in regards to Pat Patterson, and I went in prepared for the worst.  I think this was blown a bit out of proportion once the comments are watched in the context of the entire interview.  Even while watching Legend’s House, you can kind of get a sense that Patterson and Piper aren’t the best of friends, even if they don’t outright hate each other.  There is a past history there in regards to Patterson’s sexuality that is obliquely referenced, and while I won’t go into too much detail here, it doesn’t show Patterson in the best light.  Piper also discussed Lord Alfred Hayes’s propensity for getting naked backstage fairly often.  While I wouldn’t describe any of the comments from Piper as homophobic in any way, he lets it known pretty clearly that there were some homosexual activities going on backstage.  At the time, it seems like it made Piper feel uncomfortable, but that’s different than outwardly passing judgment on any of the men who may have been involved in these relationships. 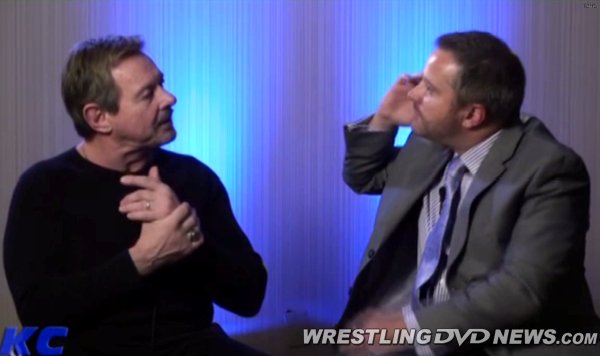 This is one of Piper’s side tangents throughout the interview, and while his many tangents may have felt distracting at first, in the end they lead to a lot of fascinating stories and thoughts about the wrestling industry in general.  Even though wrestling’s most famous clique wouldn’t come into fruition for about 10 years, there still were a lot of cliques in the locker room at this time, and it was interesting just how many stories and moments from 1984 came back to “he was part of this clique, so he was being focused on”.  While this isn’t necessarily a surprise, it still was refreshing to hear spoken about for the first time (at least for me).  Piper also has some unique views on who has the best chance to make it in the industry, and the “right reasons” for breaking in.  I don’t want to give away too much, but he takes an “outsider” view of the industry that is interesting to hear about.

I’m happy to say that this interview lived up to fairly lofty expectations.  As the interview went on, Piper seemed to become more comfortable, and this led to some great stories.  I always give Sean Oliver a hand for conducting a strong interview, and I think this was his best outing yet.   Piper clearly respected Sean’s questions, which made the interview even better.  The timing for this release was pretty good as well; we just passed the 30th installment of WrestleMania, and this interview took us back to where it all began, which we’ve seen a lot of footage from recently.  The Timeline series almost always delivers, and this is another strong installment.

“Timeline: The History of WWE – 1984” is available now at KayfabeCommentaries.com.