REVIEW: Is The WWE ‘Undertaker: The Streak 21-1’ DVD Coffin Worth Owning Next Week? 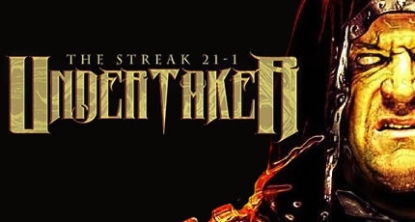 “THE STREAK”. Say that to any wrestling fan, no matter how long they’ve been a fan, and they will know exactly what it means: The Undertaker’s unprecedented win streak from the grandest stage of them all, the grandest event of them all, WrestleMania.

For my money; be it $44.95 or even $9.99 (that one time) “The Streak”, in its latter years at least, was the biggest match on every WrestleMania PPV card. After all, we see championships change hands all the time, but “The Steak” was special as it was something we only saw defended once a year. In many respects, this streak was comparable to how fans in the 1960’s and 1970’s saw the NWA World Heavyweight Championship – it was only defended in their areas on a very select basis, BUT that night might have been the night when the title changed hands!

I’m sure you are all well aware that we had a Streak DVD back in 2012 (review of that linked to below), which commemorated the “20-0” milestone, however this set commemorates the entire streak. Additionally, 2012 was a whole different time for WWE DVDs as this was the very tail end of the “bleeps and blurs” era where all mentions of “WWF” were banished – both visually and audibly. Here on the R.I.P. Edition all the WWF mentions are completely intact – in fact this is the first time many of these matches have been released on DVD in their near original state.

In addition to the “WWF” references and logos, themes such as Limp Bizkit’s “Rollin” are restored for the first time in a very long time. Sadly, the set isn’t without its edits though. For example, the Bossman hanging has been removed (as usual) and the Johnny Cash and Metalica themes have been removed WrestleMania XXVII (also as usual) – but hey, you can’t win them all! 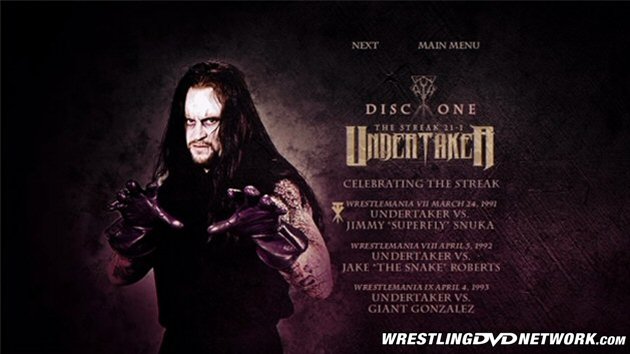 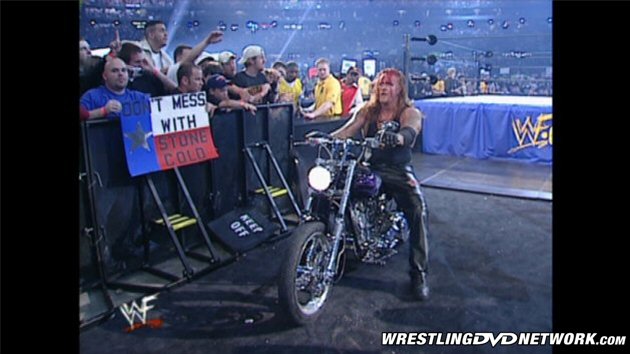 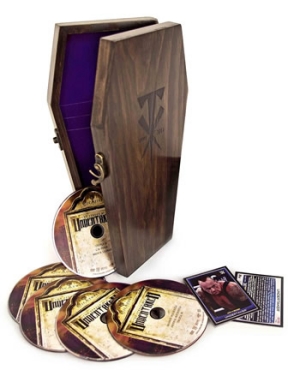 It’s a little bit of a shame that WWE didn’t give us any special features this time. In fact the closest they get is the very quick two-minute introduction on disc one. While it would have been nice to see a sixth disc of bonus footage/extras, this one is really all about the wooden coffin.

The coffin is the key here, it doesn’t matter what anyone says about the matches (many of which were incredible) – you’re either sold on the fancy packaging or you’re not. Frankly, it might be the best looking box set they’ve produced in years! (PHOTOS)

The matches are out there on DVD elsewhere. I’d venture to guess most of you reading this already own most (if not all) of them, and those who don’t own them all, you’ll likely have access to them on the WWE Network. Just like the “Macho Man: Randy Savage Story” box set from last year, you guys and girls are going to be buying this one because you are a collector. I’m sure you’re not walking around the streets in your fancy Macho Man shades and bandanas – instead that set has a proud place on your DVD shelf.

As a WWE DVD collector, I have a spot where I know my “Undertaker: The Streak 21-1” DVD coffin is going to live – how about you, do you have your spot cleared ready for next week? 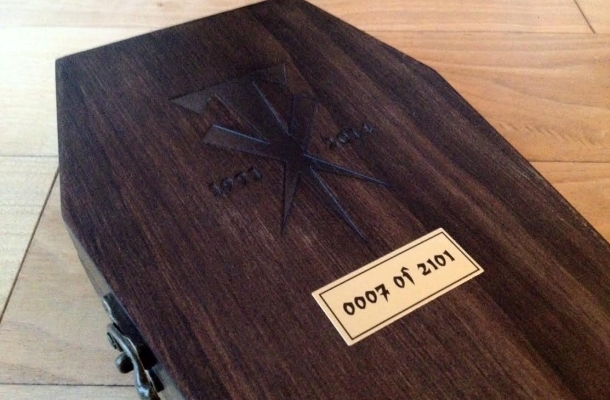 – USA: This Tuesday! Get it now here on Amazon.com or WWEShop.com.