If I had to guess, I would say that the YouShoot series is probably Kayfabe Commentaries’ most popular series outside of maybe the Timeline series.  Up to this point, though, I hadn’t had the opportunity to check out any of these releases.  I had preconceived notions that there would be something a little sleazy about these videos, and they would focus too heavily on sex and drugs without really walking about the wrestling itself.  Balls Mahoney is someone who has done a number of different shoot interviews over the years, but I had yet to see him in this type of setting.  Overall, I do think he was a compelling interview subject, and while I had a problem with some aspects of the interview, I enjoyed it a lot more than I thought I would.

The total runtime of the interview is approximately 105 minutes, and it is very much intended for mature audiences only! 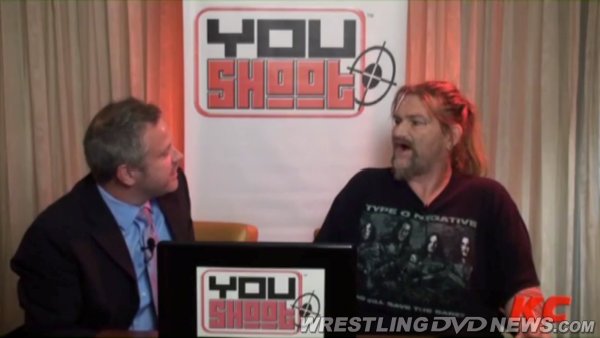 The video starts off on a high note, with the first half hour or so being my favorite part of the entire video.  Balls had an interesting start to his career, and his story about getting banned from wrestling as a teenager is a fascinating, crazy story.  I also wasn’t aware that his relationship with Chris Candido goes back to childhood.  Candido and Sunny are discussed often throughout this interview, and I think they provide a nice “constant” throughout Mahoney’s career.  Of course, in discussing Mahoney’s early career, his run in the WWF in the mid-90’s, most notably as Xanta Claus, is brought up in good detail.  He actually had the opportunity to stay under contract after the Xanta Claus character ran its course, but he chose to leave, and Balls does a great job explaining this entire situation.  He worked mainly with Jim Cornette, so Cornette also gets a good deal of discussion time. 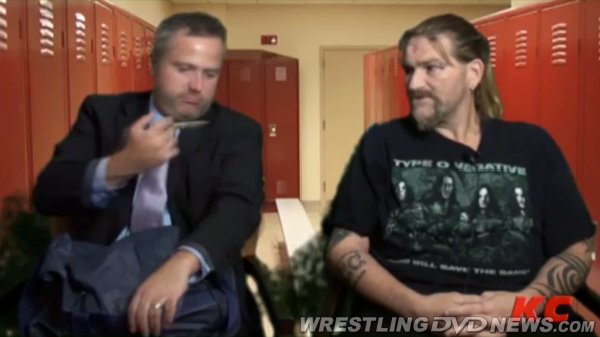 Things get a bit more random at the end of the interview, but I enjoyed this as well.  I didn’t expect to enjoy when they would play games like “F-/Marry/Kill” or “What a D*ck!”, but they were kept short, and that made them a lot more fun than I had expected.  Balls also addresses some of his other hobbies, like books and cooking, which also was fun to hear about.  It’s nice to get to see the real person behind the Balls persona, and you get this most clearly at the end of the interview.  None of this information is all that groundbreaking, but these types of questions are what I want from a series like YouShoot.  If the audience has the opportunity to ask random questions, then these are the types of random questions I want to see.

I’ve discussed how much I enjoyed the start and end of the interview, but the middle portion left me a little cold.  There is an extended sequence where Balls and host Sean Oliver use a Ouija board.  I don’t think there is a person on this planet who actually finds a Ouija board all that fun, and it’s even less fun to watch someone use it on video.  This segment was way too long, and somewhat difficult to get through.  Around this time, we also have two segments on sex and drugs.  Balls Mahoney was in long-time relationships during his time wrestling, so he wasn’t exactly a womanizer, and he doesn’t really have much to say about sex in the industry.  Any other questions he answers are mostly heresy, and Balls fully admits this.  It just wasn’t all that engaging.

The section on drugs at times made me feel uncomfortable.  Yes, I think there can be value in hearing a wrestler talk about his past battles with addiction.  However, a fan asking Balls “what’s your favorite drug?” borders on inappropriate.  I understand that the YouShoot concept involves simply asking what the fans want asked, but I think questions like this that nearly glorify drug use should be removed.  I feel like there are better ways to ask these questions and still discuss this part of a wrestler’s life. 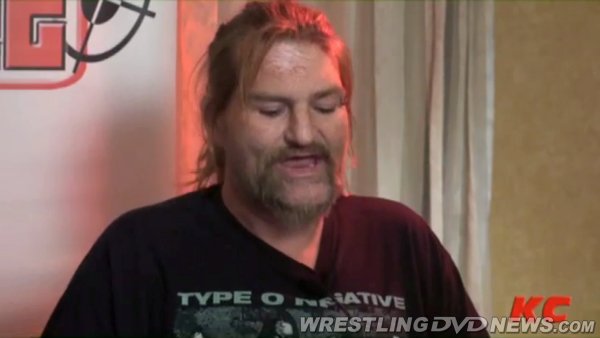 While not perfect on all accounts, I did enjoy this interview as a whole.  I watched it in one sitting, which is always a good testament to how entertaining the interview is.  Balls is a great interview subject, and I wouldn’t mind seeing him in future interviews with KC.  If I were to rewatch this in future, I would likely skip through those middle segments.  Everything surrounding this, though, is great to listen to, and the other games that were played were surprisingly entertaining.  Overall, I think I can give this a positive recommendation, even if there are some sections that don’t feel essential.