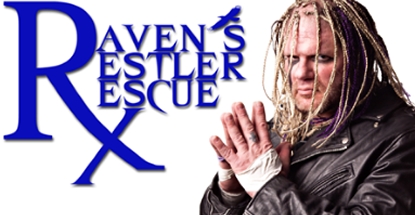 In “Raven’s Restler Rescue”, wrestling legend Raven takes a young wrestler(s) with a failing gimmick and tries to breath new life into their career. From conception to reality we follow the creative process through to the match and post-match critique. The program is roughly broken into thirds with the construction of the gimmick and match first, followed by the match itself, and the post-match conversation last. 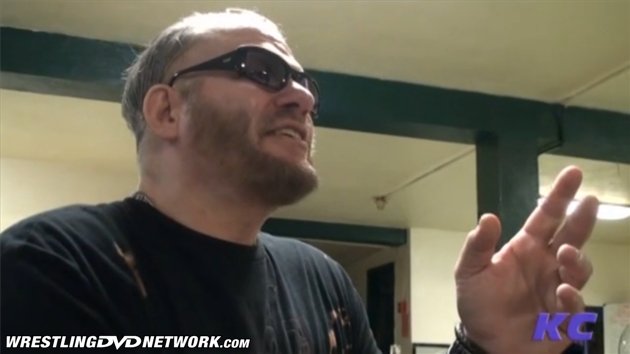 Together they make up “La Cosa Nostra”, a mafia-themed heel tag team linked to the Illuminati. Raven, however, envisions them as the comedic, ambiguously gay team of Adam and Steve Merryman, the Merry Men in Tights, a takeoff of the Robin Hood: Men in Tights movie. And while the team of “La Cosa Nostra” are green, with a combined 3 years between them, they are without question a talented, capable pair whose only obstacle seems to be a lack of confidence. 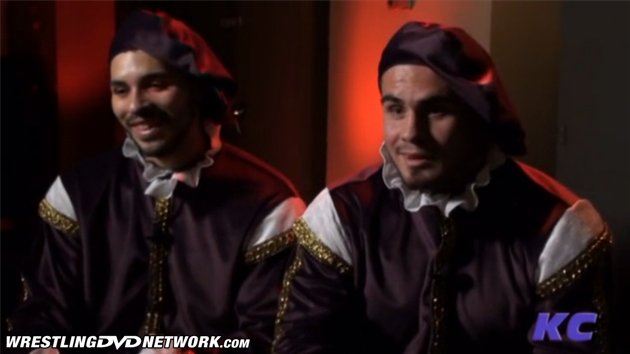 In the beginning the new Adam and Steve are not all that enthusiastic about Raven’s advice or the new gimmick. But after working with them and showing them the finer points of comedic spots, Raven’s goofy idea begins to grow on the young men who soon embrace it and give it their all. After a mock promo we see that indeed these two young wrestlers flourish when taken out of their comfort zones and pushed to do something new.

Nearly a third of this 90-minute program centers on the booking of the match from start to finish; who gets heat, who feeds the comeback, how to interject a “fan” spot, and who goes over and how, etc. While it may be tedious for some to watch thirty-minutes of unedited booking it will be illuminating to others. After the booking is over we go straight to the ring for the entrance of the Merry Men in Tights to a fairly decent reaction from the small crowd at St. Joe’s Gym in Keyport, New Jersey on November 21, 2015 (for those wondering). 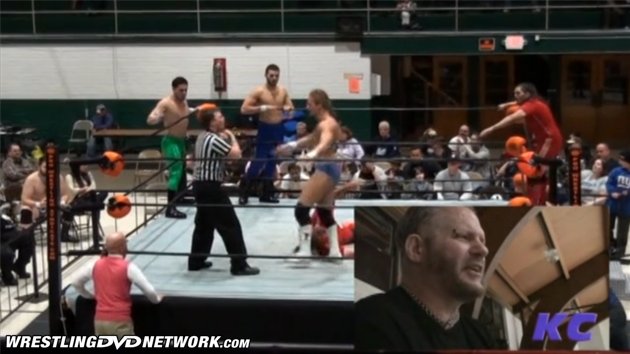 While one camera is trained on the ring another is trained on Raven, who sits in the stands giving his instant thoughts and feedback on the match as it happens. Though the audio for the match is a bit out of whack it is quite fascinating to sit with Raven and listen to him critique a match he helped put together from the ground up.

After the match Raven, Adam and Steve sit in the back and discuss what worked and what didn’t and how to make the gimmick better going forward. All in all the former “La Cosa Nostra” adjusts well to their new gimmick and even grow to like it. At the end Raven gives us a lesson of the day: Listen to your veterans. Raven illustrates this point by telling a story of Mike Graham and “meaning spots” from when Raven was just breaking into the business, a lesson Raven didn’t understand until some time later. 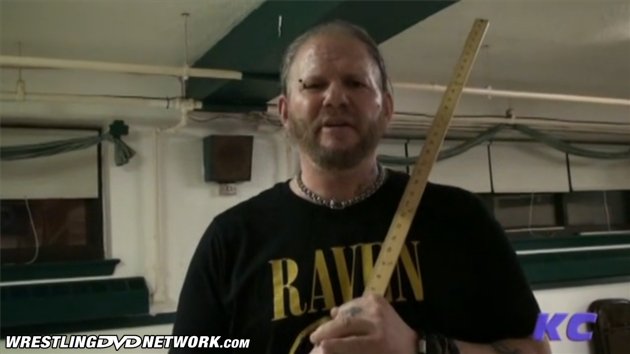 “Raven’s Restler Rescue” is not your typical Kayfabe Commentaries production. And while the point of the show is to aid and teach young pro wrestlers, the viewer learns a thing or two along the way as well. For the now Adam and Steve we see that comfort zones hurt more than help, and that a little bit of time and creativity can bring the hidden greatness out in anyone.

Clocking in at 1 hour and 30 minutes, “Raven’s Restler Rescue” is both entertaining and enlightening. Whether you are a fan of Raven or simply the nuts and bolts of professional wrestling this is a must-have.