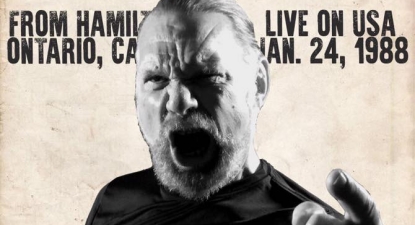 Last year Kayfabe Commentaries debuted “SUPERCARD”, their newest historical shoot interview series that re-experiences some of pro wrestling’s greatest nights through the eyes of those who topped the cards. In this edition series host Sean Oliver sits down with WWE Hall of Famer (class of 2011) “Hacksaw” Jim Duggan to re-live, re-experience, and re-examine Royal Rumble 1988 in the “SUPERCARD: Royal Rumble ’88’ DVD! 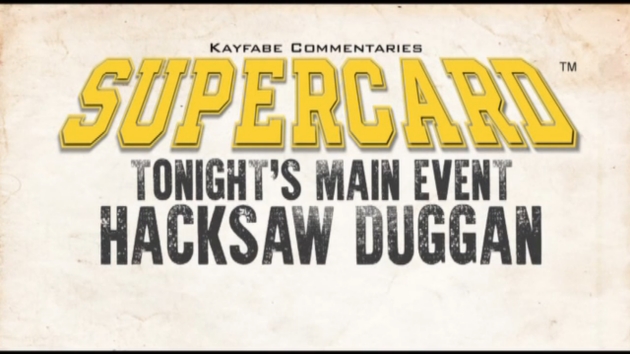 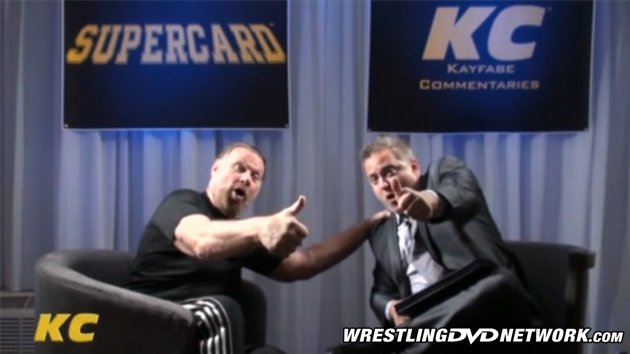 The first portion deals with how “Hacksaw” Duggan got into pro wrestling in Dallas, how his father (a friend of Arnold Skaaland) got Duggan’s foot in the door in the WWWF in October ’79, and paying his dues. Duggan describes how lucky he was to be in the business at all in the late ’70s, the brotherhood that existed once one was allowed “behind the curtain”, and the odd culture shock he experienced from moving from football to pro wrestling, especially jobbing to guys he thought he could legitimately beat! We learn about how TVs were run and just how quickly and professionally the boys went from finding out the finish from either Monsoon or Skaaland to putting the finish itself together.

The next segment of the “Background” covers Duggan’s trip through the territories and his rise in Bill Watt’s Mid-South Wrestling. Duggan talks of Vince McMahon, Jr.’s cherry-picking of talent for the first few WrestleMania‘s leading to Duggan being re-signed in the early spring on 1987, a move he felt he was ready for, and the arrest with Iron Sheik on the Garden State Parkway on May 26, 1987 (“Thanks for bringin’ that up, brother!”) that brought it all crashing down. Duggan vividly recalls the arrest, working the show that night (and not telling anyone), the headlines, and the phone call with Vince that sealed his fate, including how riding with the heel Sheik was a bigger deal than getting popped for marijuana. In August ’87, as Duggan recalls, he was called back for the Paul Bosch Retirement Show (at Bosch’s insistence) and had a heart-to-heart with Vince that set things right. 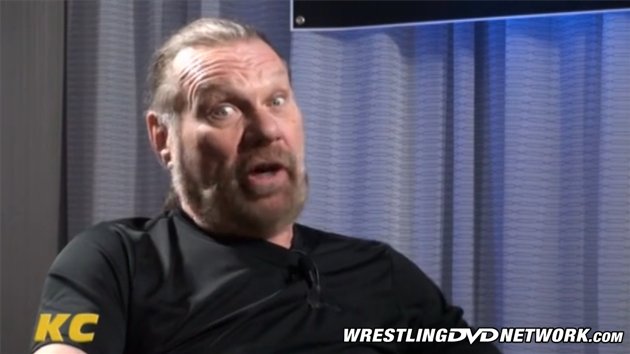 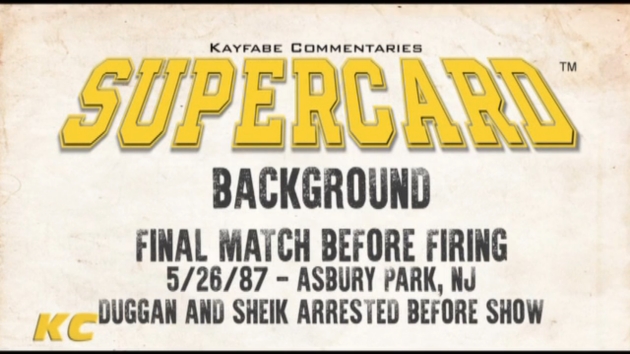 In terms of “Build-Up” Duggan talks about not knowing anything about the Royal Rumble until they got to the arena to shoot it and being told early in the process that he was going over, expressing some surprise that no angles preceded the match nor followed it! The match “was just a test balloon,” Duggan says. “And boom we did it and that night we drove to another show.”

In “The Spot” Duggan breaks down the day of the event, from getting there at 1:00 PM for pre-tapes, to catering, to whether or not there was any kind of practice or run-through for the match. Of course they go over the event match-by-match with plenty of inside stories and thoughts on the individual talent involved on the card, including Vince and Jesse Ventura on commentary.

Duggan goes name-by-name through the Royal Rumble giving his thoughts on everyone in the match. This was my favorite part of the interview by far. Tons of inside stories, memories, and personal asides that not only help add color to the program but illustrate Duggan as a person and a human being, a side we don’t often get to see. As he goes Duggan walks us through how to work a battle royal, the dos and don’ts, the horseplay that was frowned upon for the “Rumble”, how eliminations were put together, timing the match (and why so many battle royals are so short), and what was going on in the Gorilla position at the start of the match. In the end Duggan talks of his pride in the inaugural Royal Rumble and the match holding a special place in his career with it being something fans still talk to him about to this day. 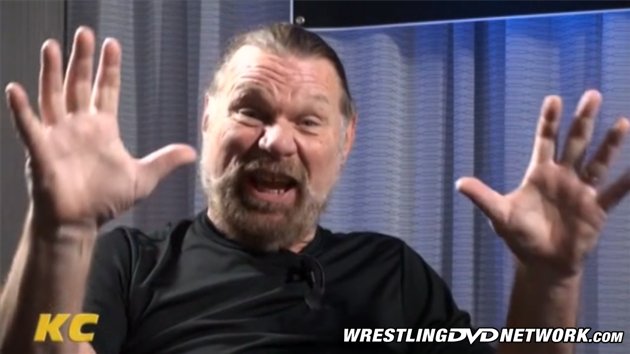 Along the way Duggan gives his thoughts on a who’s who list of talent including Hulk Hogan, Gene Okerlund, Bobby Heenan, Gino Hernandez, the McMahons, the Samoans, Pat Patterson, Bruiser Brody, Bill Watts, the Nasty Boys and so many more. We also hear about Duggan’s first MSG show, a classic Owen Hart rib, why playing cards was banned in the WWF locker room, who Duggan feels is the top guy, the “Montreal Screwjob” and more!

With a running time of 1 hour and 44 minutes anyone who thinks they know the Royal Rumble is sure to be taken to school in this incredible interview. Duggan looks into the camera throughout, making the viewer feel a part of this DVD, and is warm, engaging and funny. Filled with countless stories and one-of-a-kind insight, “SUPERCARD: Royal Rumble ’88’ is another grand-slam from the folks at Kayfabe Commentaries and is a must-see for any serious WWE fan.

Pick up your copy of “SUPERCARD: Royal Rumble ’88” at KayfabeCommentaries.com.

You can own it now as physical DVD, a digital download, or it can be streamed instantly On Demand. 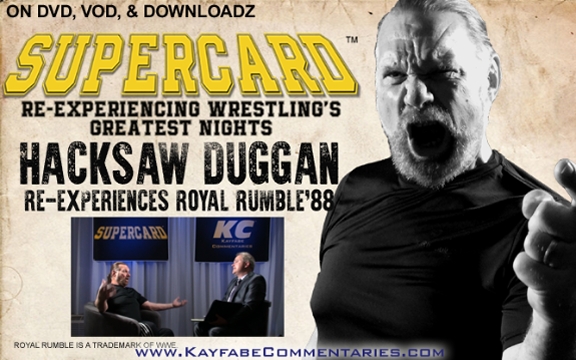